Legends of Eisenwald Review – This Mix of RPG, Strategy and Turn Based Combat Falls Short

The Legends of Eisenwald is the second game from Aterdux Entertainment based in Minsk, Belarus. Another indie developer whose first game, Discord Times, was a true independent endeavour being created by two people. Discord Times found a limited audience in part due to its complex nature and also because of the Russian developer’s limited resources to create a polished English translation of the game. As a testament to the studio’s talent and drive, the first game was successful enough to forge the way to their next game – Legends of Eisenwald.

Citing games such as King’s Bounty and Disciple’s 2 as their inspiration, Aterdux has spent the last five years developing Eisenwald. Like many indie developers, they took a blended approach to financing the game. Most of the funding was done privately but for the last portion they used Kickstarter to provide the means to enhance their core game based on user support and feedback.

While the game does have fantastical, magical elements to it the setting is real world taking place in medieval Germany. The game eschews dragons, elves, and fireballs for a much more grounded approach. Even though Aterdux is downplaying fantastical elements, allowances are being made to include alchemy and prophecies plus a few magical creatures. Reflecting this tone, the characters of Eisenwald are not motivated by epic quests but more prosaic and relatable ones such as seeking glory, revenge, blood feud, or unrequited love.

The focus of Eisenwald is on gameplay elements that allow the player to live out the life of a hero. This is done with a mix of RPG, strategy and turn based tactical battles. Those elements allow the player to mix up their content of their adventure so that they are not restricted to just battles or seeking treasure but a mixture as they so wish. As with many RPGs your game path is pre-determined. You can play as either a Knight, Mystic or a Baroness. The differing attributes of these characters will impact how you play the game and how the story unfolds.

“If there is one way to best describe the gameplay of Eisenwald it would be a guided one. The game has elements of a RPG and strategy but true freedom of choice is not available because of the aforementioned art style and the battle elements.”

Eisenwald wears its Indie colours with head held up high. Aesthetically it lies somewhere between recent releases of Oblivion’s Pillars of Eternity and CD Project’s Witcher. The game occupies some point on the spectrum between those two but forges its own unique identity. Now do not be confused by that comparison for Eisenwald has nowhere the resources and polish of either game. It is like trying to compare wood crafted images to the slick, polished digitally tuned ones. Despite that it carries the same vibe but in a totally different way of representing its world. The most obvious visual characteristic is the decision not to scale everything relative to one another. Characters dwarf buildings and the enviroment. You almost feel like you are playing as a giant. It was offputting for me at first but after a period of time I grew to appreciate the visual style of the game.

If there is one way to best describe the gameplay of Eisenwald it would be a guided one. The game has elements of a RPG and strategy but true freedom of choice is not available because of the aforementioned art style and the battle elements. In battle, the zone of conflict is restricted to a hex grid where you are restricted to a party of twelve characters. Battles are turned based and play out based on each character’s initiatives. 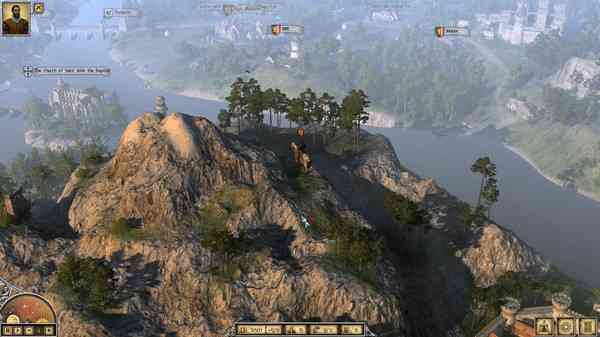 Attacks are limited to an opposing character in an adjacent hexagon. This restriction holds true even if the opposing character cannot be hurt, such as ghosts. A further condition is that players cannot move to a more favorable location unless they can attack someone at the end of their turn. Naturally these rules lead to some weird battle dynamics as attacks are not always directed to the most serious threat. The flip side of these engagement rules is that it simplifies combat but if you are someone looking deep combat with a lot of visual flair this style of combat may not be your cup of tea.

The limited resources available to the game show up in other aspects of the game. English translation is stilted at times and there are some story telling beats that come across clunky. You can equip your characters with various armours, weapons, etc, but it’s all window dressing as none of them have any personality or dialogue. The game looks pretty and different from other bigger title games. The music and sounds are pretty good too – if a little sparse and sporadic at times.

Legends of Eisenwald presents players with a game that takes place on a broad canvas without the freedom to dive deep into it. That is not a bad thing but a different approach. Sometimes that is all a player is looking for. 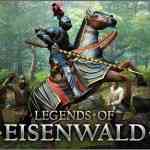 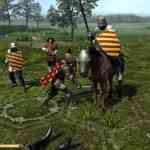 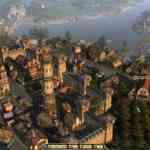 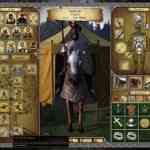 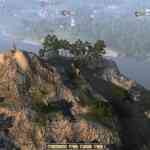 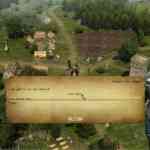 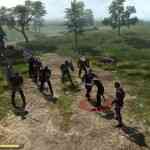 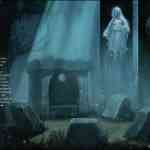 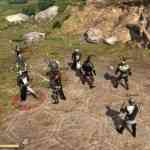 Next Trials Fusion: Awesome Level MAX DLC Review – Legendary Creatures Aside, There’s A Lot More to this DLC
Previous Tachyon Project Review – A Shoot ‘Em Up that Can Hang with the “Big Boys” in the Genre