What the hell was I thinking when I signed up for this review? I had basically agreed to torture myself; which is what RedLynx’s time trial racer is, a torture device. It wears the mask of a light-hearted motocross obstacle course, when in fact it’s a sinister patience tester with the sole purpose of turning young hair grey. I kid, Trials is great; even if she is a cruel mistress. I hadn’t played the newest instalment of the series, Fusion, until last week so I’m a little late to the party but she plays like every other Trials game before her (thankfully). So within a few minutes I was back to my old masochistic ways. You hurt so good Trials. 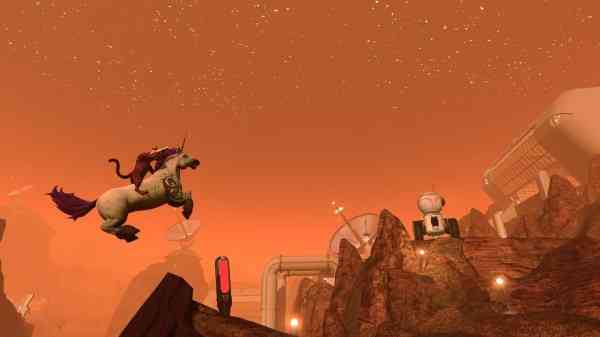 The newest DLC, Awesome Level MAX, carries on the tradition of adding content to the game piecemeal. It’s a $9.99 DLC package that comes with 30 tracks in two parts: the RedLynx vs All-Star tracks, and The Awesome Adventure. If you’ve bought any of the past DLC packs for Fusion, you know what you’ll be getting with MAX, but let’s break it down a bit further. And since Ubisoft is leaning heavily on the insane, absurd, wild, wacky unicorn cat combo in The Awesome Adventure, why not start there?

I feel like leading up to it’s release, Ubisoft really pushed The Awesome Adventure portion of the DLC and I get why; a gun-toting cat, riding a flame-breathing unicorn is going to sell copies. But Awesome Adventure feels like an afterthought and actually makes a bad first impression. Firstly, one of the earlier tracks has a gimmick where the backgrounds are constantly changing, but the game engine can’t keep up with it; the result is a jarring and unfinished looking experience where textures have trouble loading in. Secondly, there’s very little explanation for why you’re a unicorn all of a sudden, which is kind of funny in it’s own way, but not in the way they were going for. The lack of story behind why this unicorn is here adds to the weirdly unfinished feeling quality of the Awesome Adventure.

“As for whether the DLC is worth the price of admission that will totally depend on the individual buying it. ”

The eight tracks that come with Awesome Adventure are just okay. My mind wasn’t blown with anything they were doing, nor were they especially difficult. Ostensibly, there was some story about resurrecting some cat warriors to defeat an evil enemy or something, but it doesn’t play very well; you just go through the tracks and mildly weird things happen. It just feels flat.

The RedLynx vs All-Stars tracks on the other hand are amazing. It’s the standout part of the package. You get a split of tracks created by the psychopaths at RedLynx and the best of the community creators. And honestly, there is barely a difference in quality between the two. In fact, a few the All-Stars tracks are some of the best tracks I’ve ever played in a Trials game. One track in particular, Boron City, is a contender for ‘dopest’ track ever. It starts in a dark industrial underground setting but about halfway through, it shoots you out into the sunlit city skyline where you’re racing atop hover cars and space ships; it’s a trip. 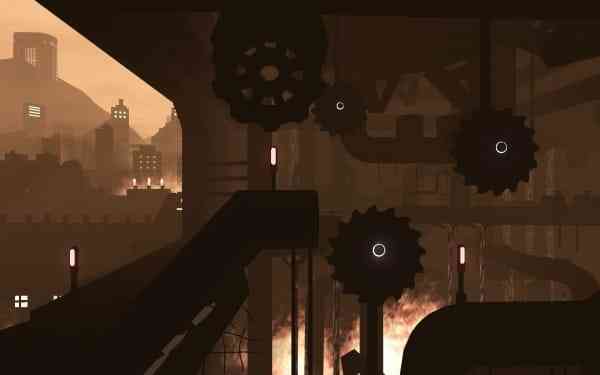 As I mentioned before, there are 22 tracks in the RedLynx vs All-Stars pack, which is a good amount of content. They include tracks for all difficulties so there is something for everyone, especially those that want to platinum each track (get help you sickos!). I wish Ubisoft advertised this part of the package more heavily because it truly is the standout mode.

As for whether the DLC is worth the price of admission that will totally depend on the individual buying it. If 22 very well done tracks are worth your ten bucks, then yeah, Awesome Max DLC will appease; you even get a weird unicorn thing as added value. But if you’re coming to the package solely for The Awesome Adventure, I think you’ll be let down as it’s not nearly as absurd nor engaging as I had hoped. 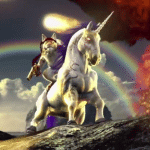 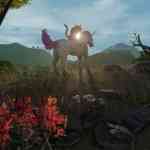 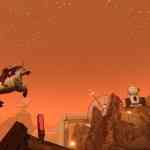 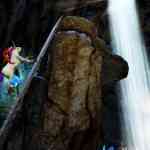 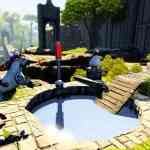 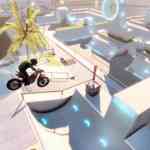 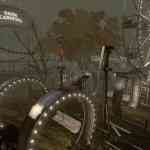 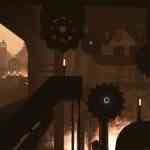 Next Deception IV: The Nightmare Princess Review – Sadistic Killing Madness Debuts on the PS4
Previous Legends of Eisenwald Review – This Mix of RPG, Strategy and Turn Based Combat Falls Short