I admire nearly every sub-genre of horror, and I’m even willing to admit I love some of the cheesiest, most ridiculous spooky flicks when I’m in the mood. Naturally, I’m quite fond of horror games, and until delving into Last Year: The Nightmare from Elastic Games, I’d yet to dabble in multiplayer action survival titles like Dead by Daylight and Friday the 13th. Last Year: The Nightmare combines what I love about classic teen horror films and team-based multiplayer in a suspenseful, humorous, and at times exhilarating fashion.

Last Year: The Nightmare is a story about five teens fighting to survive Halloween night in 1996. In what appears to be their East Side High School campus is actually an alternate reality in which they’re relentlessly pursued by a horrifying entity hellbent on brutally murdering them. Trapped within the confines of their blood-soaked institution, the gang must combine their talents to fight, survive, and evade The Nightmare.

If you’re a fan of character archetypes in horror classics like Friday the 13th, Scream, and the more recent Cabin in the Woods, you’ll get a kick out of the Last Year’s cast. The jock, popular girl, nerd, outcast, and sharp transfer student are all here and ready to amuse you with their conventional dialogue. They look the part, sound the part, and their roles are a lot of fun to inhabit, and especially hilarious when you and your buddies decide to role play as specific characters. Meanwhile, the nightmare entity is able to take the form of The Strangler, The Slasher, or The Giant to stalk and maliciously slay every last one of them.

Gameplay is pretty straightforward. Six players enter the match; five of whom are the survivors and the sixth who’s the killer. At the start of each match the teens are presented with three objectives: find a particular item, use that item to power up the second objective, and finally escape the map before you’re killed or time runs out. 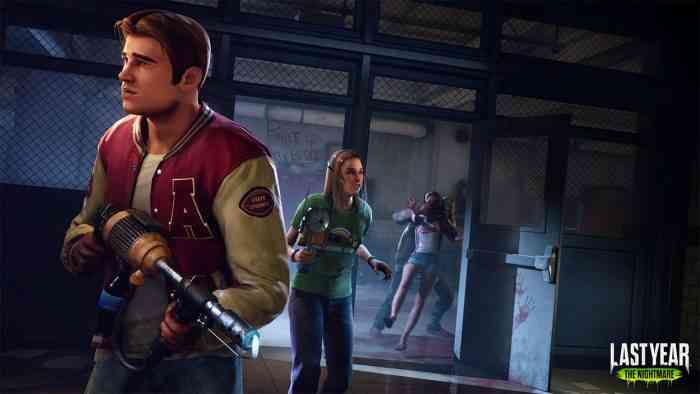 My favorite aspect of playing as a survivor is the option to choose between four classes. Assault, Medic, Scout, and Technician all have their perks, but they’re particularly useful when cleverly combined. Scattered around each map are piles of scrap that can be acquired and invested in upgrades. The Assault class can craft a stronger melee weapon or football helmet for defense, Medic’s can whip up pipe bombs, while Scouts and Technicians can make a shotgun and flamethrower, respectively.

It takes more than wit and willpower to overcome the nightmare. Teamwork is paramount, and as expected, communication is the key to victory. I’ve always leaned toward supportive roles in team-based multiplayer, so Scout and Medic have been my preferred classes thus far. However, each class is fun to play. Beating the hell out of the killer as Assault is delightful, and setting up proximity mines or roasting the killer with a flamethrower as the Technician is a great time. The most satisfying experiences I’ve had while playing as a teen are when my team and I effectively combine our abilities. Doing so ensures success, but it’s no walk in the park.

The killers are intense and a blast to inhabit. The Strangler’s equipped with a chain whip akin to Scorpion, The Slasher wields an axe, and The Giant smashes and throws teens with brute force. Beyond physically slaughtering survivors lies predator mode. This mode enables the killer to quickly traverse the map, stealthily stalk their prey, set booby traps, and spike scrap piles with disorienting gas. Ultimately, effectively using predator mode is the key to the killer’s victory. It’s immensely gratifying to disrupt survivors from completing objectives, separating them, and successfully bringing them down. 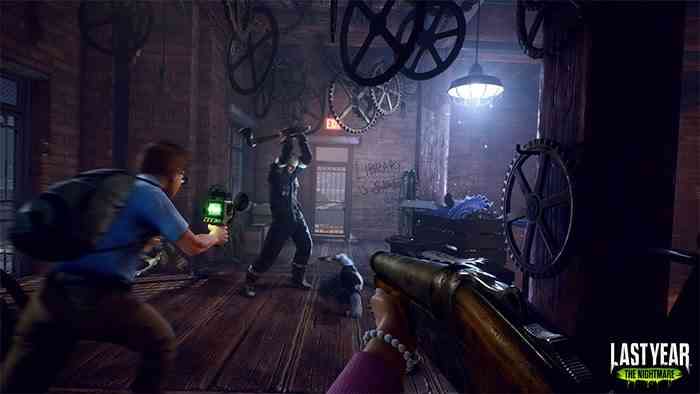 The game looks wonderful. Character models are pristine, animations are impressive, and the settings you traverse are spooky. The music isn’t memorable, but the sound design is exceptional. From general sound effects like opening doors and collecting items to hearing distant screams or the killer stomping after you are all well implemented.

Currently, there are only three maps available. Each are different areas of the school, and they all look outstanding. Between the classrooms, gym, cafeteria, and library, every inch of the maps are rife with familiar high school locales, items, and decorations. Their asymmetrical designs make traversal interesting and positively challenging when being pursued by the killer. I quickly memorized the layout of each map, so my initial sense of exploration has since faded. However, the suspense remains as playing as or against a skilled killer is repeatedly eerie and fun. 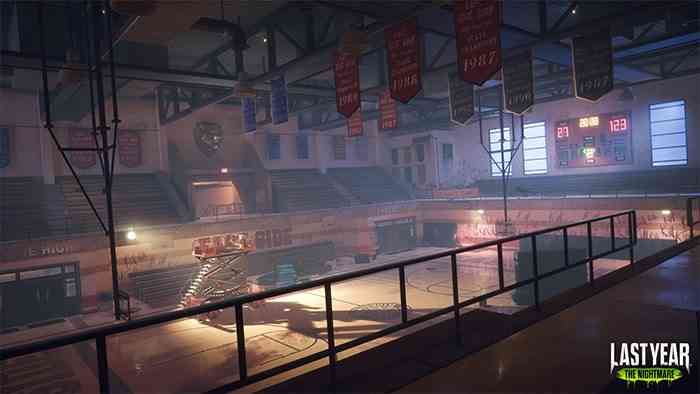 As much as I enjoy the moment to moment gameplay while playing as either a teen or killer, I’ve reached a point where matches don’t feel quite as dynamic as they did initially. Playing and communicating with experienced teammates always leads to victory, and rarely is a killer able to overcome such a formidable force. The maps are beautiful, and I enjoy running around them, but I’ve exhausted each. I’ve also experienced my fair share of connection errors. However, recent updates have led to a more consistent matchmaking process. It’s safe to assume the game will grow with the additions of new maps, killers, and perhaps new characters and/or classes. Bearing that in mind, the current state of Last Year serves as a strong foundation on which to build.

Though I feel I’ve experienced every facet of what the game currently has to offer, I’ve enjoyed my time with Last Year: The Nightmare. It radiates the amusing aspects of teen horror films while introducing me to an excellent style of multiplayer, and I eagerly await the game’s evolution. 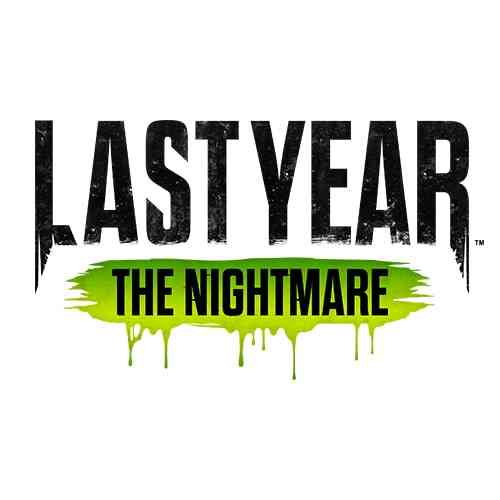 Be the Vengeful Ghost Girl in Wonhon: A Vengeful Spirit