A few months ago I got the chance to preview an up-and-coming RPG by the name of Kyn from Tangrin Entertainment. It was still in early development and still was not up to its full potential, but showed great promise with the direction they were going. Fast-forward to today, and the game has been released to the public. I now have the finished product to sink my teeth into, but will this turn out to be a meaty adventure, or just a meager hors d’oeuvre?

The basic gameplay has not changed much from when I first previewed Kyn. Gameplay takes place on a huge map of the world which gradually reveals itself as you explore, in a similar vein to the Baldur’s Gate or Diablo games. You can control more than one character at a time, and it is fairly easily to do so by just dragging and highlighting your party then clicking where you want them to go or who to attack. All of your characters will come with various skills that you will definitely need if you plan to get far in the game, ranging from healing, raising the dead, or powerful attacks. There is also a slowdown option too which can be helpful during very hectic moments.

I did have some issues occur where one of my party members would just stop attacking for seemingly no reason at all. When you click on an enemy to attack your party should keep attacking until the opponent is defeated; however, sometimes my character would decide to just stand there and get hit until I reminded him what he should be doing. Another problem is that sometimes it is hard to click on the character you want because characters can overlap a bit and I found myself clicking on the wrong character and being too late to help a fellow party member.

While exploring you will find chests and items hidden in the landscape. So I enjoyed trying to look everywhere possible, but ran into a few hidden walls where my characters should have been able explore. Another oddity was in the village areas: I found I was able to interact with various items (such as crafting materials, weapons, and armor) even when my character was on the other side of the screen, nowhere close to them.

“I do suggest saving often in the game because the difficulty seemed to spike a lot. Not to mention the occasional crashes meant risking getting thrown back rather far.”

On a more technical side of things I did have the game lock up or crash on me a few times, forcing me to reload. I do suggest saving often in the game because the difficulty seemed to spike a lot. Not to mention the occasional crashes meant risking getting thrown back rather far. Now the developers have been hard at work, and there seemed to be a new patch for Kyn almost every day since the game was released, so it does show they want to keep their fans happy.

Since playing the preview there has been a lot of upgrades it appears when it comes to the overall look. I am now able to play it at the full resolution my video card supports, so I can enjoy the lush environments and animations. The gameplay is viewed from an isometric 3D perspective, which I really like for this style of RPG. Your characters, monsters, and the animals you come across are nicely designed, sporting a look somewhere between serious and cartoonish. 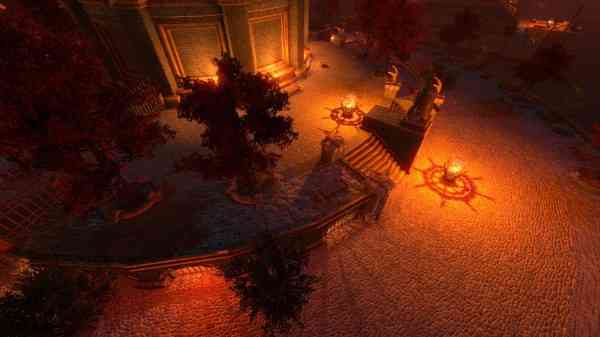 The overall soundtrack of a game it can really determine if it makes it or breaks it for me. In Kyn, the soundtrack really improves the experience with one heck of a beautiful score. The composers really nailed it on the head and gives you that feeling that should go with the mythology they were trying to pull off. The rest of the audio, ranging from battle noises to those of the creatures you encounter, is nothing that you haven’t heard before, but not bad. Honestly, what is missing from the game honestly is voice overs for all the dialogue you will be seeing. Although it doesn’t affect the gameplay itself, it feels like something that could have enhanced the experience.

Even with all of its issues, Kyn is a decent RPG featuring an incredible soundtrack. The developers are still working on ironing out the remaining bugs, but this is definitely still worth picking up if you’re craving a new action-RPG during the remaining days of this summer lull. 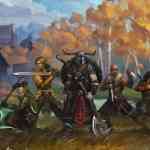 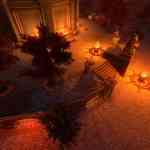 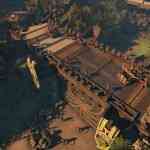 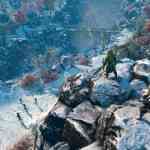 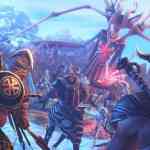