I feel I need to start this review off with a confession. Before playing SMITE on the Xbox One, I was not a fan of MOBA’s (Multiplayer Online Battle Arena); not because of their content or mechanics, more simply that I was never very good at them and their player communities can be very harsh towards new players, making it difficult for those who want to put more time into the game to become better. That being said, I’ve finally found a MOBA that has eased me into the genre and feels like a natural fit on consoles given its unique (for the genre) viewpoint and control scheme.

Having been on PC for a while now, SMITE filled the empty gap of MOBA’s on a console, being the first as far as I know. In regards to this review, the game is in open beta and it should be officially released and out of beta when you read this. For PC players wanting to see how SMITE fares on Xbox One, fear not, as the transition to a controller actually feels quite natural and it isn’t watered down in any way. If you’re a previous or current PC player, know that you are able to link your Hi-Rez account to your Xbox Live account, allowing for a few bonuses. Firstly, linking accounts will only get you a special Zeus skin for both platforms; specific purchases and progress you made on PC won’t necessarily carry over to Xbox One, as they are different ecosystems, and this also means no cross play as well. 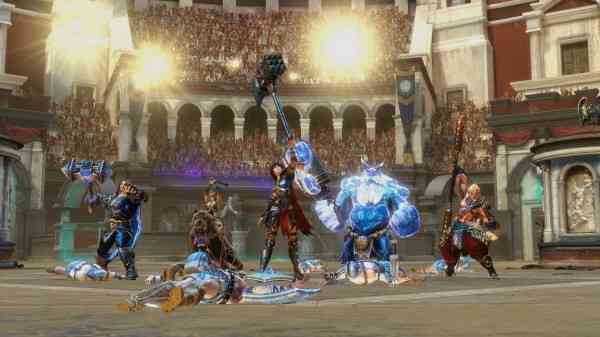 What SMITE does differently from other MOBA games, to separate themselves from the competition, is that instead of playing in the standard top-down view it’s played from a third person perspective. What this does is make SMITE feel more personal, as you control a single character right into the battle. There is still a minimap that shows the locations of spotted enemy gods, so you don’t fall into a trap of tunnel vision, as you’re still able to formulate strategies based on the map information alone.

SMITE is completely free to play, and before you groan at that phrase, know that it’s done well and that it’s not “pay-to-win”, as cash items are simply boosters and vanity skins for the most part. Anything affecting gameplay can be earned simply by playing. You’re given a handful of gods for free right off the hop too. More gods can be unlocked through due diligence and many hours of gameplay, or much quicker through micro-transactions. Every few weeks there will be a handful of new gods on a free rotation for you to play with and try out, and since the game currently has over 60 playable gods, it will take some time to try them all out if you don’t want to spend any cash. That being said, a reasonable $30 investment for the Founder’s Pack (available for a very short time) will give you access to every god currently on the roster AND all future ones as well, allowing you to find a god that truly matches your playstyle.

“SMITE feels natural to play on Xbox One with a controller, something I was unsure it would as it’s a very ‘clicky’ experience on PC.”

Like other MOBA titles, SMITE is setup very similarly when it relates to goals and objectives. Two teams are separated by a large area with pathways called lanes, and to win your team must defeat everything in the path to the enemy team’s main base. The main two play modes, Conquest and Joust, put you into teams of 5 or 3 respectively, and you begin on opposite sides of a symmetrical map. There are multiple lanes, with numbers varying based on what game mode you’re playing (conquest is much larger than joust to compensate for the larger teams), each of which is defended by a team phoenix and defensive towers. Get too close to an enemy tower or phoenix and you won’t survive long, so you’ll need to wait on your team’s smaller minions (small soldiers) to run in and take the brunt of the damage as you get a few hits in before they die and respawn. To win you need to defeat the opposing team’s towers so that you can destroy their phoenix, so that you can finally defeat their Titan, all while fighting enemy minions and opposing gods.

You begin matches by choosing your preferred cooperative (versus bots) or competitive (PvP) mode and then you choose a god from your collection or one that you can rent (from the monthly rotation). All of the gods are derived from actual mythology and pull influences from Egyptian, Hindu, Norse, Roman, and Chinese mythologies to name a few. Two players on the same team can’t play the same immortal, so be sure to have a few choices that you’re skilled with just in case. Each immortal has a basic attack and four spells, each of which will vary based on situation, god, and the ranks of said skills. Killing players, minions, towers, and more will earn you XP which levels you up to a maximum of 20 per game. You also earn gold that can be spent on a myriad of different items to supplement or enhance your character. These items can be damage boosts, defensive items, potions, and the such, so there’s a lot of strategy in getting the ‘right’ setup, not only for your chosen god, but also in regards to how you’ll play them. 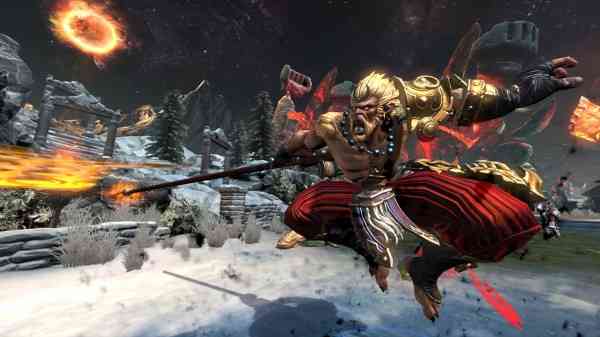 Each god plays distinctively different from one another and are best suited for specific roles. Some are massive damage dealers or ‘tanks’, while others are crowd controllers, healers, and more, so there’s definitely a god that will speak to you, it’s just a matter of finding the right fit by trying them all out (in a solo practice mode) to find what works best for you. My only complaint with this is that there’s no simple way to fast forward this process aside from trial and error. It took me quite a few hours to find my perfect immortal, but now that I have (Aphrodite by the way), I’m immensely enjoying my SMITE experience. Playing with friends is invaluable, as a large part of a winning strategy is communication and choosing a god setup that compliments one another. Again, now that I have a few friends I’m playing with, we’re doing far better than I was ever doing trying to play with random people.

There are other modes to play, but the mentioned ones above are generally what most players join, though I really did enjoy the deathmatch style Arena mode as well for something a little different. There are even multiple levels of league play, which is more meant for the hardcore player and eSports crowd, but it does allow for almost all levels of skill which is great to see. While I’ll never be at the world championships, the fact that it’s included is a great incentive and shows that Hi-Rez has their finger on the pulse of the community.

I always react cautiously when a game is free to play before trying it out, but it’s refreshing when you find out it’s not really a “pay-to-win” one. Someone that has spent hundreds of dollars on the game will simply have cooler, albeit MUCH cooler, looking gods but you’ll begin matches on equal footing, so don’t think you’ll need to spend a ton of money to be competitive. SMITE feels natural to play on Xbox One with a controller, something I was unsure it would as it’s a very ‘clicky’ experience on PC. With the Xbox One now having its first MOBA, hopefully this will open the doors for others to come to the platform, as long as they are done properly and with care, just like SMITE.

Next Gryphon Knight Epic Review – A Thumb Blistering, Rage Quitting, Cuss Inducing Good Time
Previous Kyn Review for PC – All The Issues Almost Had Us Notifying The Next of Kin