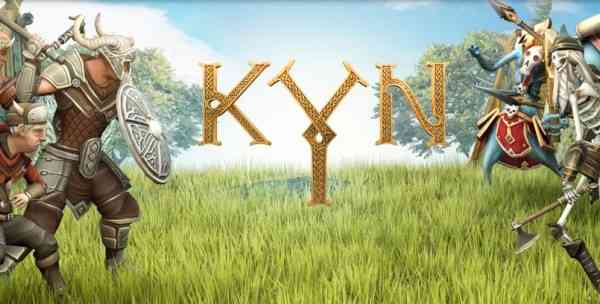 Adventure games have been around since near the beginning of video gaming history, and have come in many forms. Some come in a first person perspective, some an over the shoulder third person view and even just basic text. My favorite, though, have been the isometric top-down view found in games such as Diablo, Baldur’s Gate and Pillars of Eternity. So I was glad when I got the chance to preview Kyn, a new game in this style from Tangrin Entertainment.

Kyn is set around a Viking mythology of sorts with a touch of magic. You will be exploring a huge world, not all of which is revealed to you at first, so you will be doing a fair amount of travelling. You will be controlling more than one character at times, which the developers have made rather easy to do. It is similar to RTS (Real time Strategy) games, where you highlight your group to select them and click where you want them to go or interact with to receive quests.

“If you like loot, then you are in for a treat, because there will be plenty to outfit your party and craft with as you venture through the world.”

Combat also follows along the same lines, where if you have your entire group selected you will attack your target as a group. Strength in numbers seems to be the key here, and it can be a lot of fun to watch your party gang up on your target. Your characters each have their own unique abilities, which will be key to your survival in the world – healing, resurrection and various other buffs for your party.

If you like loot, then you are in for a treat, because there will be plenty to outfit your party and craft with as you venture through the world. Crafting in the game will have you making new materials and elements for weapons and armor for your party – and you will need it to stand a chance against all the enemies you come across. I personally love crafting in games and finding all the bits and pieces I need for something cool really makes my day. 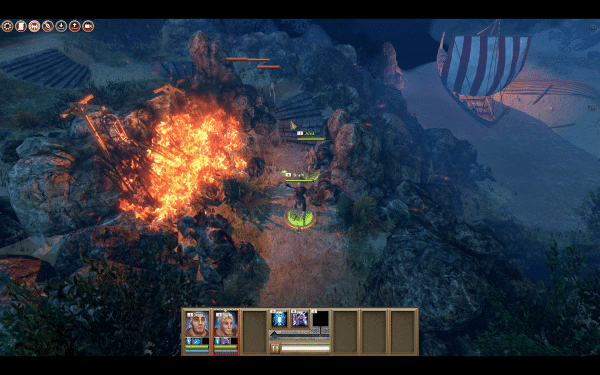 The best way to describe the overall look of the game is “old school” – but that is not a bad thing. As mentioned earlier, the world is presented in an isometric view. The world is a lush and detailed one, but not so busy you get lost in the background. Characters on the battlefield stand out well and the inventory screens where you manage your characters’ equipment are given a cartoonish look that fits really well.

The game’s background music is beautifully orchestrated, and fits with the game nicely. The audio choice and quality can really make or break a game, and from what I’ve heard so far from Kyn does not disappoint.

Kyn is not slated for release until late July, but it seemed pretty close to being finished in the release I played. So people who crave some old-school RPG action with a touch of new-age flair should check it out upon release!