Creating a game can be difficult, to say the least. You need a compelling protagonist, an objective for them to complete, and a hook to make the game stand out from the rest. The Nintendo Switch has been going full steam ahead, loading up its library with games big and small, including those we would see on mobile devices. King Oddball is one such title that has made its way to the Switch and has done so with quite possibly the most simplistic control scheme possible and yet it had me hooked for hours.

Developed and published by 10tons Ltd, King Oddball skips over the backstory, plot, and general information as to why this game is what it is and gives you this simple concept: King Oddball is here to rule the planet. to do so, King Oddball is equipped with an extravagantly long tongue which he uses to grab boulders and fling them at enemies from the sky as a means of dispatching them. If you are able to forget just how ludicrous the entire idea is – which might seem a bit difficult for some – you will notice just how fantastically addictive this game can be.

First and foremost, the comparison that immediately comes to mind is Angry Birds; enemies appear with various obstacles, you hurl something at them to take them out. It’s a fair comparison, and it definitely has the same level of addiction as Angry Birds did in its prime, but to discount it as a knock-off or copycat would be doing the game a great disservice. King Oddball has a steadily progressive level of difficulty as he automatically sways the boulder back and forth, with the only necessary control being to release the stone at the right time. Defeating three enemies with one shot earns you an extra boulder, and stages have no time limit giving you plenty of time to plan your attack.

Learning how boulders affect different enemies adds a unique strategy as well, not to mention the velocity of the swing as the boulder is released. Letting go at the right time can mean the difference between destroying a barrier and continuing its rampage forward or simply knocking it over. When struck, ground troops fizzle and the boulder loses its momentum. helicopters will crash and take out enemies below them, and tanks – when they explode – will set the boulder flying, often times ricocheting just right to take out a handful of them at once. While I initially dismissed the game, expecting a repetitive nature, I found that unlocking the map opened up multiple challenge modes. One mode lets you throw grenades instead of boulders, another has your final stone actually be a giant diamond, challenging you to complete the stage without throwing it. Finally, another such mode tasked you with completing the stage with a single stone. These challenges also offer a greatly increased difficulty that requires precision and planning to execute, making this more than a simple kids game. 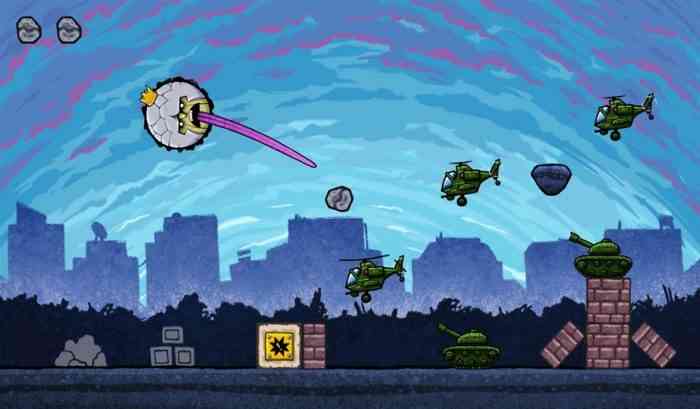 Having played the game around Halloween, I automatically was greeted with a Halloween aesthetic: King Oddball now wore a pumpkin for a helmet, launched candy themed boulders, and I was treated to a Halloween themed challenge mode of 48 stages. This inclusion based on my systems internal clock makes me wonder what other hidden holiday gems I can expect to find and is just another minor touch that adds some personality. Playing on Switch, this is a fantastic system for on the go. If you have space to stand up the screen, you can play the game entirely with one hand and the right joycon. I easily got swept up in wanting to complete more and more challenges and before I knew it I had put over three hours into this game without feeling bored.

King Oddball is a quietly charming, explosive puzzler. As an indie title, this game works incredibly well and is an enjoyable way to kill some time. With over 120 stages to beat, unique challenge modes, achievements, and an enjoyable playstyle, King Oddball is a game that should not be overlooked and deserves a chance. The controls are simple, the gameplay is addictive, the audio is fantastic, I couldn’t stop playing. While it might not break the mold of simple mobile gaming, King Oddball stands tall as a friendly challenge enjoyable by all. 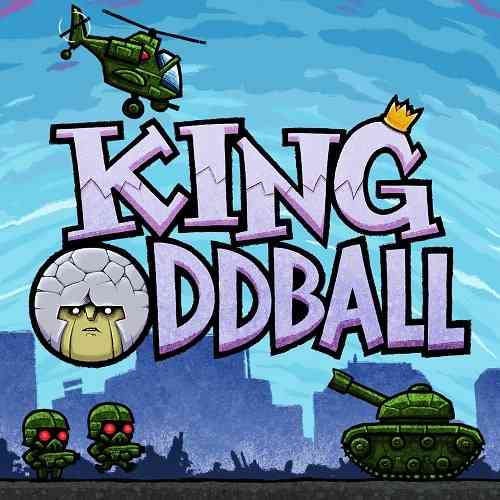