Before Sword Art Online there was .Hack, an MMORPG set in The World; a historical fantasy setting full of monsters, adventurers, and the occasional robot. Last Recode brings back the G.U. trilogy which was a hit way back in 2006, but how does its gameplay stand to the test of time over a decade later?

In The World, some characters are falling into comas in real life after being killed in-game by a player-killer and suspected hacker. Haseo, the player-character you control, is on the hunt for this very same killer after his close friend was murdered by him, which has left her in a coma. With the event leaving him completely traumatized, Haseo makes it his life’s goal to hunt down the one responsible, ruthlessly killing all other player-killers in hopes of finding him and hopefully helping his friend.

Considering that the first volume, Rebirth, was from 2006, the graphics are outdated, but not to the point that I couldn’t enjoy the game. It’s cartoony and gives the game its own little charm, but look up close and you might be able to count the pixels on the screen. Whilst the graphics certainly won’t stand up to today’s standards, the story does.

“Whilst the graphics certainly won’t stand up to today’s standards, the story does.”

Storytelling really is a strong point for Last Recode. Every character you meet is lively, fun, and have great chemistry with Haseol; that is, when he isn’t being an insufferable child. With this bundle including all three of the previous GU games alongside a fourth one, the story continues to grow alongside the characters and begins to snowball into something fantastic that has had people hoping for a remastering for years.

For those of you who wanted a continuation of the story, but can’t quite remember it, then there’s the added feature of being able to play in cheat mode. This puts all of yours and your party members stats to the max and allows you to progress through the game with ease, only focussing on the story. 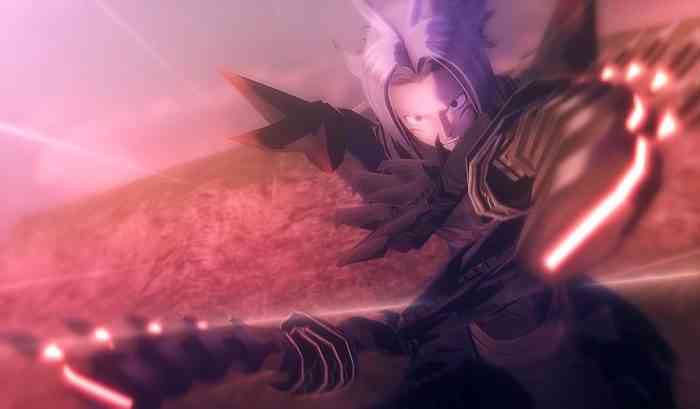 The gameplay for Last Recode mostly revolves around dungeon crawling. Each dungeon has its own address, which is a string of names that customise its difficulty and location. Each level is dotted with monsters, chests, and a temple full of treasure you unlock at the end. Most addresses you’ll get through the story, but you are able to unlock separate names to customise your dungeons through exploration, or the scoring system at the end of each level.

The scoring is graded on the exploration of the actual dungeon itself and fighting. The combat is real-time and fast-paced, allowing you to switch weapons on the go for different play styles, and has visceral combos that send enemies literally flying across the arena, but it eventually melts down to: spam A, use skill when ready, spam A some more until skill is ready, and repeat until monster is dead. Being able to mix up weapons abilities on the go certainly helped it from going stale, but after a while, it just began to feel repetitive.

As with all MMOs, Haseo and his teammates have independent levels and classes, which give them all certain roles in a group. Group customisation is important later in the game when healing becomes much more of a necessity, and especially when you enter The Arena; an (offline) player-versus-player mode where you go up against another team. Winning these fun, little matches will increase your ranking and net you weapons and equipment.

Each character comes with their own set class, so there’s no room for customisation outside of changing their weapons and armour, which is very finicky as you can’t just change their gear from the inventory screen, you instead need to trade the item to them personally. Though it does make you feel like you’re interacting with another player, it makes it difficult to change and compare gear. 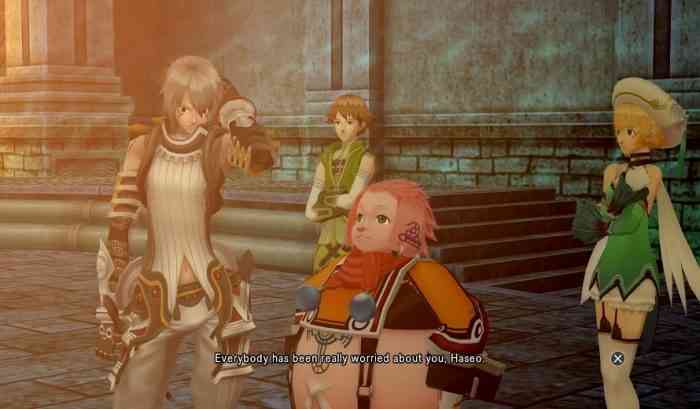 Last Recode has plenty of little things like this that does a good job at making the world feel full, like an actual MMO. Characters are constantly logging in and running from place to place, interacting with each other, and then disappearing at the teleportation node. It made the big, sprawling city feel much less empty. Another very nice touch was the option to ‘log out’ to read online forums and news articles. It helped further the worldbuilding and its own little community surrounding the game they built. Everything from tips to beating certain bosses to cute fan-made drawings can all be found on the message boards, most of which get updated as time goes by.

That being said, something I wish they’d have removed was the need to log out of the actual game to read your emails, which act as prompts to continue the story. It’s a cute feature the first few times, but after I need to log in and out several times in a row just to read my emails and watch a long cutscene to progress the game it started to grind on me.

This is one thing that may turn off some people. The cutscenes are very frequent and most are very long. It isn’t like you can just skip them and get back to the action either because if you do you’ll miss out on huge chunks of story. Though I did personally enjoy these cutscenes, as it just felt like I was watching a TV show, some do drag on and seem to only serve to pad out the game and end up keeping me from the actual gameplay.

“It has a fantastic story with some great worldbuilding”

Quite a few parts of the game did just seem to be one long cutscene after another, and then having to log off to read my email, which sent me to another long cutscene which eventually sent me through a few shorter ones before I got into the action. The game’s pacing is all over the shop, but once it gets it right it’s a treat to play.

Last Recode turned out to be something that I looked forward to playing at the end of the day. It has a fantastic story with some great worldbuilding, colorful characters, and includes all three original games alongside a newer, fourth volume to carry on the story. The combat became a bit samey and grindy after a while, but I still enjoyed it, and am assuming I will continue to enjoy it throughout the next three volumes I’m going to play. 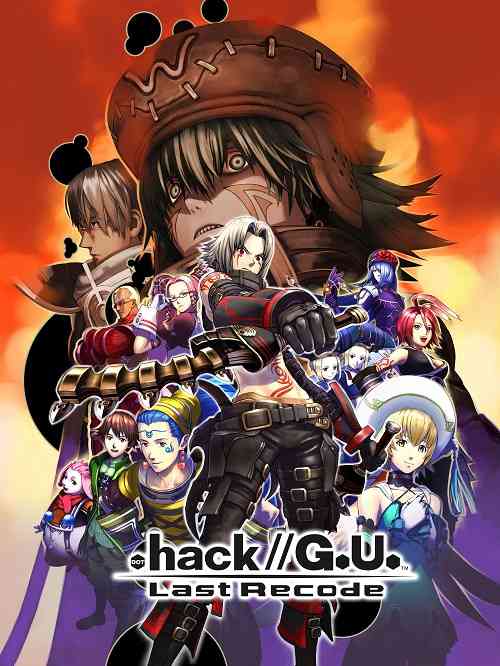