Swap out the irradiated wasteland of the Metro series for a frozen tundra and you have 4A Games’ first foray into virtual reality – ARKTIKA.1. In fact, ARKTIKA.1 is essentially Metro Lite. The core elements of the series, namely action and atmosphere, are given the spotlight this time around, while everything else takes a backseat. The result is a gorgeous apocalyptic adventure with more than enough thrills to make up for its lack of substance.

After a failed attempt to combat global warming, Earth faces the dawn of a new ice age. As a mercenary, you’re contracted to protect one of the last human settlements from desperate bandits and the monstrous ‘Yagas’ – people who have mysteriously mutated into ghoul-like beasts. Behind all this is a larger conspiracy involving the Yagas, but it’s difficult to care for the world of ARKTIKA.1 or its inhabitants when the bulk of the story is delivered through cumbersome exposition. Viktoria, your guide and one of the only characters you encounter, falls particularly flat due to an unfortunate combination of unconvincing voice-acting and poor writing. Of course, the story only serves to set up the action, which is the heart of ARKTIKA.1.

Unlike VR shooters such as Robo Recall or Raw Data, combat is not so much about pulling off stylish kills as it is surviving the fight. Though the enemy AI isn’t by any means smart, you’ll easily be overwhelmed by hails of bullets if you’re not careful. Learning to make use of the environment for cover is key. There’s a smooth ebb and flow to the gunplay, requiring you to pop out of cover for a shot, then duck back in to consider your next target.

“You go into each battle aware of all possible cover and vantage points, giving you a tactical edge and thus choices on how to tackle the situation at hand.”

Movement is teleportation-based and only to designated teleport nodes, which may sound limiting at first, but actually helps in streamlining the combat. Most fights take place in open areas with a wide assortment of angles to teleport to. You go into each battle aware of all possible cover and vantage points, giving you a tactical edge and thus choices on how to tackle the situation at hand. Winning gunfights takes as much thinking as a quick trigger finger, which goes a long way in keeping the combat fresh and rewarding even in spite of the same recurring enemy types.

You’ll mix-and-match a loadout from a wide variety of pistols, many of which will be needed to be unlocked as you progress. Not only do these pistols look and sound powerful, they’re also especially satisfying to shoot. Guns vary wildly in form and function, with some sporting their own distinct reload gesture. For the most part, I stuck with the default revolver. It shoots as fast as you can pull the trigger and can be manually cocked to fire charged rounds, making short work of even the toughest foes. Upgrades and various attachments are available to further augment your arsenal, though some of which – like the x-ray sight – arguably make the game too easy. 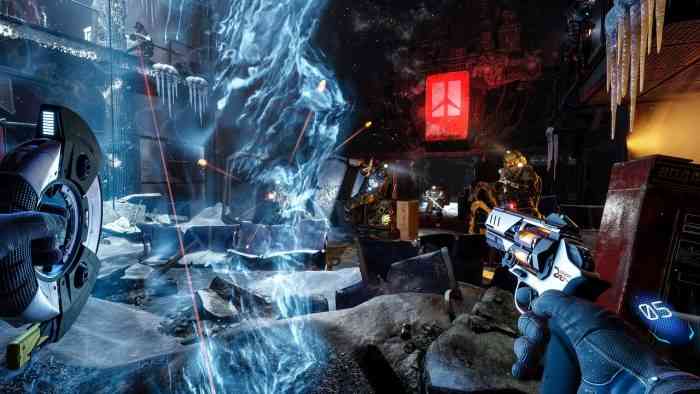 Aside from shooting bad guys, you’ll also do a lot of light puzzle-solving, and this is where ARKTIKA.1 falters. Finding passwords for locked doors and rerouting circuits to power up electronics make sense narratively speaking, but quickly grow tedious in reality. Certain teleport nodes are hidden in the dark and must be lit with glow sticks before you’re allowed to proceed, even if you have a flashlight attached to your gun. One section – involving a destructible wall that ARKTIKA.1 provides no hints to – stumped me for so long that I had to go online and search for the solution. Thankfully, most puzzles take only moments to figure out, letting you get right back into the gunplay.

“There’s little reason to revisit the campaign after one playthrough, but while it lasts, it’s a blast.”

ARKTIKA.1’s campaign is rather lengthy for a VR title, spanning a good 6 to 8 hours. Later missions reuse environments you’ll have already fought through, but the levels are so beautifully rendered that you won’t mind a second visit, with the abandoned shopping mall and parking garage being notable standouts. Strangely enough, ARKTIKA.1 doesn’t feature a checkpoint system, which means if you encounter game-breaking bugs as I did in two separate instances, you’ll be forced to restart a mission in its entirety.

In some ways, ARKTIKA.1 feels like a step backward for 4A Games. Puzzles can be a chore to play through and the story doesn’t come close to matching the studio’s previous efforts. Despite these issues, there’s a ton of fun to be had in teleporting from cover to cover, blasting off bandits and monsters with cool guns. There’s little reason to revisit the campaign after one playthrough, but while it lasts, it’s a blast. 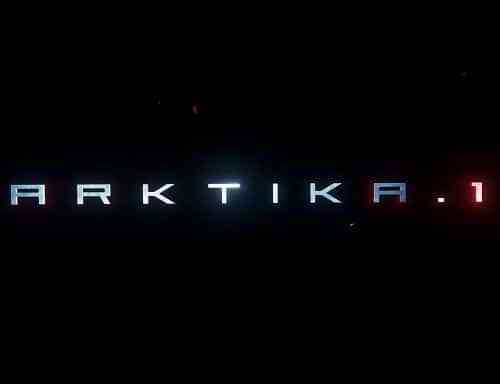