This game has either one of the clunkiest titles in the history of videogaming or it highlights how limited my exposure to anime is. It is packaged like a greatest hits game from the Shonen Jump franchise which roughly translates to young boy comics or stories. Those stories are long on action mixed with comedy and short on story. The game apes that quite well. Since this form of story-telling has been around since the 1960s there are hundreds of characters to choose from for inclusion in this game.

For J-Stars, 50 characters have been selected to brawl with one another. In the story or J Adventure mode the various locations, aka stages, are linked together by the barest of narratives triggered by sailing a pirate ship to each one. While such an approach supports a game structure that allows players to get to fighting as quickly as possible it does little to build emotional investment in the journey of the characters. Fans of fighting games and will probably not care about a lack of story-telling cohesion. Fans of the characters may find the game a hollow experience.

The story mode allows the player to accrue experience tallied up as J Points which can be used to unlock characters not available at the start. All of the characters are viewable from a gallery and each is provided with a biography. Definitely a good thing for anime novices as they will be bewildered by why some characters are included. Characters range from well known franchises such as Dragonball Z and Rurouni Kenshin to the something called Bobobo-bo Bo-bobo and characters from Nisekoi, which is a romantic comedy. J Stars has one of the most eclectic gallery of characters to choose from I have ever run across.

The game also offers multi and online playing modes called Challenge or Arcade modes. Multiplayer mode is restricted to two player split screen. Online play supports up to four players. From a gameplay perspective the two modes employ the same mechanic of grouping teams of characters together to do battle with one another. Fighting visuals are frantic when only two characters are on the screen and degenerate to chaos when more of them are added. Health and fight status bars hover each character which overlap and mingle when characters are in close range situations. Add in destructible environments which include collapsing buildings and it’s like the climax of the Man of Steel movie on steroids.

“Fans of fighting games and will probably not care about a lack of story-telling cohesion. Fans of the characters may find the game a hollow experience.”

Whether by design or project limitations the graphical chaos is alleviated by the simplicity of the controls. Only a few buttons are used and a lack of any sort of blocking mechanism that I could find promotes the button mashing approach to fighting that even the best fighters have to constantly wrestle with. There are Burst Modes that allow for devastating combo releases.

On the graphical front things look and run solid with some stuttering and visual gaffes happening occasionally during the major moments of mayhem when multiple characters are on the screen. Characters look faithful to the source material and the enviroments are functional albeit rather bland. 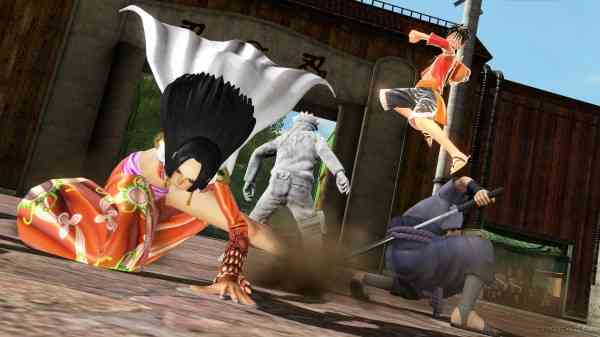 Fans looking for a fighting game with deep gameplay that rewards mastery of game mechanics best look elsewhere. Fans of the characters that just want to run amuck with them for awhile should be pleasantly diverted. At least for awhile.

***A PS3 retail review copy was provided by the Publisher***