Metroidvanias are the purest form of video games. Most games have some sort of progress track, a sense of exploration, and gameplay loops that indicate you’ve grown in strength. But despite a strong foundational idea, good Metroidvanias, really good ones that can create a sense of atmosphere, are rarer than you may think. Islets is a special game. The second game from solo developer Kyle Thompson, Islets will surely scratch that itch.

Islands in the Sky

The first thing that may strike you about Islets is the presentation. You are treated to a brief cutscene establishing the world, and right out of the gate I was really impressed. Metroidvanias are best when the setting justifies all the tricks and traps and puzzles. You need to be in a magical castle, an alien planet, or a long-forgotten kingdom in a hole in the ground. Islets tells you what it’s about with the name. 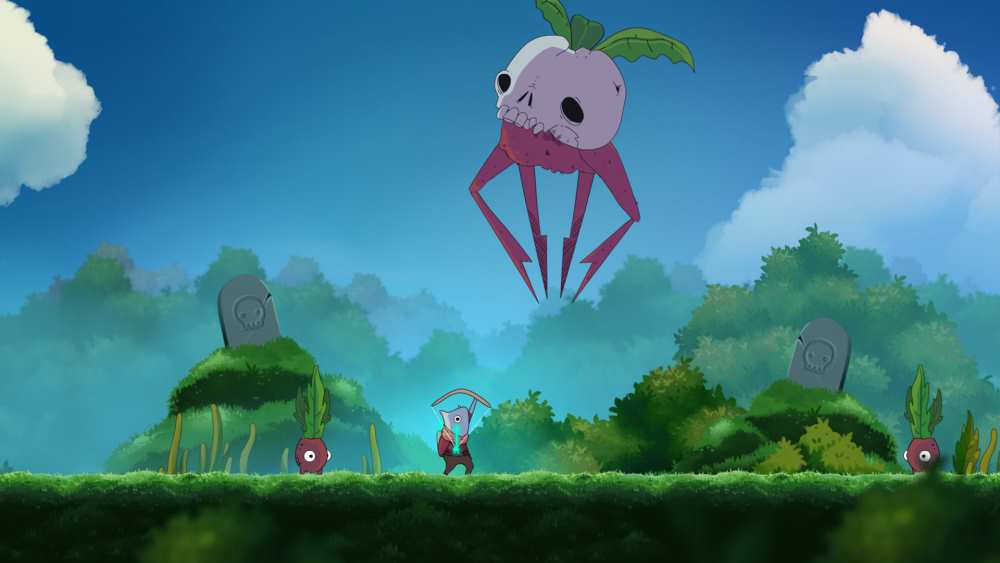 You play as Iko, a cute little guy. In his world, there are a number of floating magical islands (the titular Islets) that, due to some mythic shenanigans, have drifted apart. It’s up to you to explore this mysterious land and reunite the islands. You’ll do that by platforming around looking for upgrades to make Iko stronger, and friends who can give you advice. Each island feels different and is full of monsters and sky pirates to battle.

Something about these floating islands feels very JRPG. The world feels a bit like a mashup between Final Fantasy XIII and Skies of Arcadia. But with cute animals. Who are just a little bit creepy, but in a fun way. And it’s hard to match the satisfaction of mashing different islands together, opening your map up, and seeing the way two different areas now connect. It’s a Metroidvania with a strong gimmick- what if you could change the map!?

Where Islets really shines though, as I am sure you can imagine, is the cute art style. All the graphics are hand painted, lending a wonderful cartoon feeling to the proceedings. Booting up Islets feels a little bit like discovering a terrifying animated movie playing after bedtime on Cartoon Network in 2002. Islets feels a little timeless, stylistically divorced from other mashups of cute a creepy.

You know you’re in for a cool game when you first see Iko. The guy has no mouth! Why does that make a difference you ask? In Cute Design Theory, you exaggerate certain features while you decrease others. Big eyes are a must of course. Having an oversized head is important too. But the most overlooked design choice is giving the character no mouth. Rather than feeling like that one creepy scene in The Matrix, a mouthless character feels safe and trustworthy. Don’t believe me? Just look at the design of Funko Pops, the most popular toy in the world right now. Those dudes have big eyes, big heads and typically… no mouth! 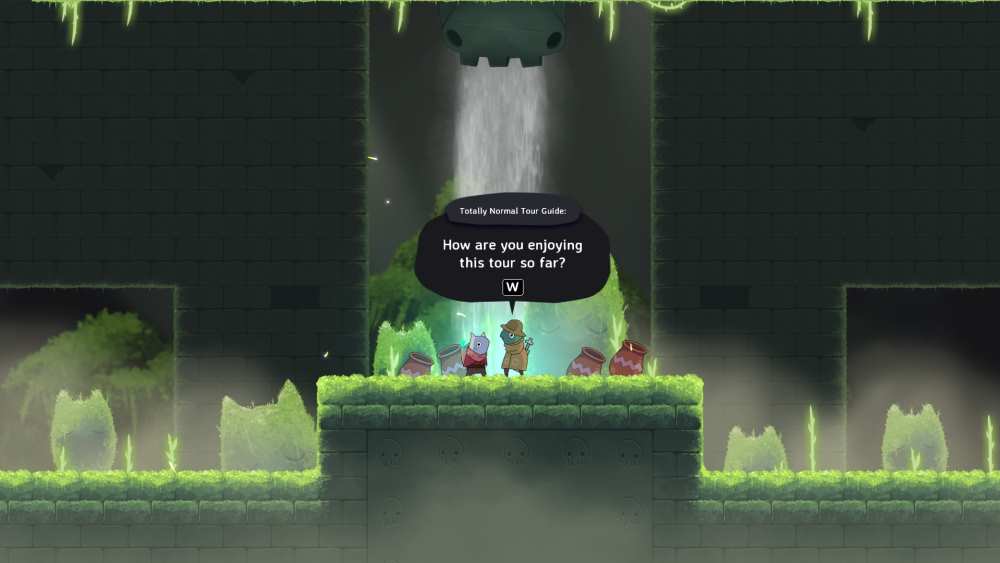 But Islets doesn’t feel crassly commercial like Funko Pops do. I guess it’s that hand-drawn style, and the subtle attention to detail. Within seconds I could tell that Islets was primarily the work of a single guy, all the components mesh together too well to not be. The music, controls, story, and most of all the graphic design, compliment each other too well to be the product of teams who never met or spoke. The vision is singular.

Similar But Not Identical

When considering Islets, there’s one game, in particular, that makes a good comparison and that’s the modern Metroidvania masterpiece, Hollow Knight. The graphical styles aren’t similar, but they both have a warm hand-drawn indie feel. They both have catchy ambient music, and funny little grunts to represent character voices. The platforming and the combat are pretty similar as well.

Similar but not identical. Islets is a lot of fun, but it can’t quite match up to Hollow Knight’s sharp controls and design. Perhaps true to its setting, Islets feels a little floatier. There were times where I just couldn’t figure momentum out and I biffed the same jump again and again. The hitboxes on the characters feel a little wide to me; sometimes I would contact with an enemy I definitely should have missed.

But different isn’t necessarily bad! It’s as if the game is incredibly easy or way too hard. The level of challenge feels like it’s just in that Goldilocks Zone. There’s enough cleverness in the level design that you can’t help but admire it. I think there’s still plenty of room left in the hand-drawn indie Metroidvania genre. (Silksong isn’t even out yet!) Islets is another standout in the genre, fun and charming.

Ghost Song Review – Alien Danger Underground
Next Made in Abyss: Binary Star Falling Into Darkness Review – One for Two
Previous The Last of Us Part I Review – What a Terrible, Beautiful World