If you’ve played a fair amount of RPGs you probably have abused quick-saving at least a few times in your life. Saving between every move, making sure everything is perfect, or reloading to just a few seconds prior when something goes wrong. It’s a little exploit-y but we accept it as part of playing hard RPGs. Well, what if I told you Iron Danger is a game built around that exact principle? With challenges balanced around your ability to rewind and without the annoying load times. No exploits here! Just good old perfectionist fun.

While fleeing from an Invasion, a simple village girl, Kipuna, falls into an old cave and lands on a stone spike, impaling her heart. In this moment, when she is supposed to die, she gains the ability to turn back time. You see, this stone was a part of an ancient magical being, and now its powers course through her heart. Cleverly thought out by developer Action Squad Studios, Kipuna’s heartbeats are used as the measure of time, and at any time, however many times as you want, you can rewind up to fourteen heartbeats into the past. Walk into an ambush? Rewind and ambush them! Step on a trap? Rewind and step around! Got hit by a dozen attacks? Rewind and go full-on Matrix mode, weaving through enemy attacks with ease.

Iron Danger definitely feels like a game that has been build up from the singular gameplay idea. Everything, from the story to the puzzles, seems to exist to support this defining mechanic. This is a game where dying doesn’t feel bad at all, because reloading is just a button away, no load screens, no “You Died” – it’s a part of Iron Danger that makes it fun. Even within the story, dying is a part of it. Redoing a segment isn’t seen as a failure, but a simple step towards perfection. This leads to the game feeling surprisingly easy when it isn’t.

I was constantly surprised by the varied obstacles it threw at me. Simple things like mixing up projectiles from straight shots and arcing bombs added a huge amount of complexity to calculating the timing for each attack landing. This goes for your offence as well, trying to get one character’s gas grenade to land at the same time as another character’s fireball for a large explosion was a blast. Additionally, there are plenty of interactable environments to keep an eye out for, and varied enemies that require their own tactics to conquer. 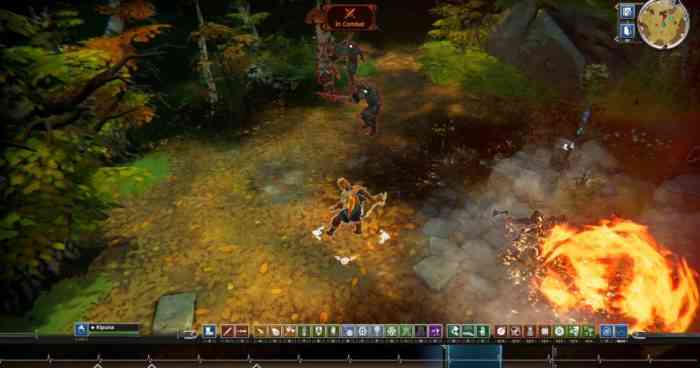 As the game goes on, your characters gain new abilities and ways to interact with each other. There are some combinations that will essentially create a new move, such as having the mage fire buff the warrior’s weapon, then having him slam his weapon into the ground to create a ring of fire. You can also get creative and develop powerful interactions of your own. My favorite was setting a patch of grass on fire with the mage then having your warrior stand on the edge, kicking them back into the inferno.

In Need of Stakes

I would call this game’s writing perfunctory. It does a perfectly fine job of explaining the world and the mechanics but it doesn’t go beyond that. The dialogue is written and delivered well, but it has nothing beneath the surface. The characters are realistic, but they are hard to get attached to. The story has an arc, but lacks momentum. To me, this all resulted in the story segments feeling like necessary fillers to place context to my actions. The problem in many parts lies in the lack of stakes for the protagonist, Kipuna. Her village was burned down, but we don’t know what she lost. We are not told about her past, family, dreams broken by the war, why we should care about this girl other than that she’s the protagonist. Her actions through the story are only pushed forward by outside forces telling her what to do and what to watch out for, but the question still stands, what does she want? When we can’t get attached to the protagonist, it’s hard to feel anything for the story; no anger, sadness, excitement or happiness.

Although this is a minor complaint, the lack of stakes also plagues Iron Danger’s fundamental design as well. Beating levels are fun, but they never managed to feel like achievements. I wasn’t asking myself if I could pull it off, because it was all just a matter of time. That lack of pressure I mentioned earlier is a true double-edged sword. Imagine fighting a boss in a normal action game; with all your focus you beat its first two phases, you are going onto its third and final phase and you’re out of healing items. If you die you have to redo everything again, so this is it, you have to succeed. Those are the moments your heart races because so much is on the line, so much is at stake. Iron Danger, by its core design, will always miss that potential. Is there something that the devs could have done about it? I don’t think so, not with this mechanic, but I can’t turn a blind eye to it either. 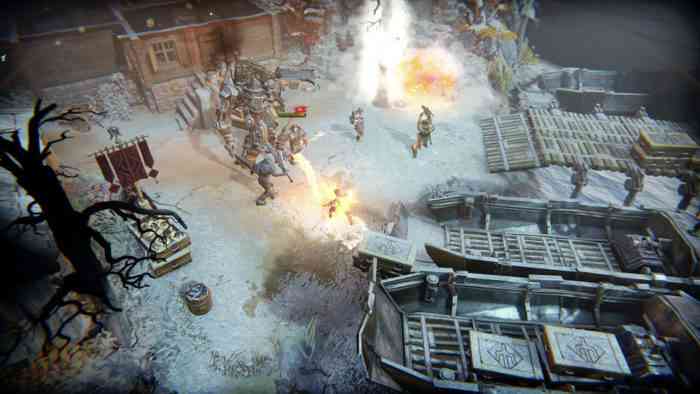 I feel like in many ways we’ve entered an era of meta-design, where entire games are built around challenging or redefining tried-and-true mechanics. I see Iron Danger falling into that legacy and, in such context, I think it’s a game that is easier to appreciate for veteran players of the genre. I don’t mean to say that this game is inaccessible to newer gamers. Certainly, the low-stakes nature of it can accommodate them quite well. However, if you are a lover of RPG games such as Divinity: Original Sin 2, and are a frequent abuser of the quick-save button like me, you’ll find Iron Danger quite fun and refreshing. 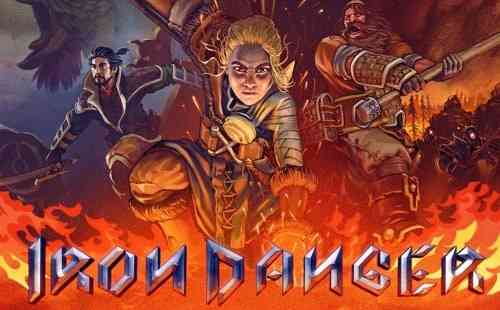