Hover: Revolt of Gamers Review: A Grind into Boredom

Hover: Revolt of Gamers has been in development for a few years now, starting off as a promising Kickstarter campaign with the goal of creating a spiritual successor to the classic game Jet Set Radio. Set in a dystopian future on a planet called Hover, you’ll join a group of rebels to bring fun and entertainment back to the people. You’ll run, jump and grind your way into the hearts of the people and strike back at the oppressive Great Admin. While the influences of games like Mirror’s Edge and, of course, Jet Set Radio, are apparent, the question is whether this game can carry the torch and create a cult following like the games it models itself after.

The story of Hover: Revolt of Gamers revolves around a group of rebellious “Gamers”, who are standing up against the evil “Great Admin” in Hover City. The Great Admin have banned all forms of entertainment and will pursue you if they discover you’re having any fun. As a Gamer, you’ll parkour all around the open world helping other citizens, spraying graffiti over propaganda, compete in races and partake in the occasional game of Gameball. Unfortunately, this whole dystopian society storyline has been done to death (and done much better). Even though the developers try to inject some light-hearted fun into the story, it still falls in the “been here, done that” category. However, even a boring story can still be salvaged by some great gameplay, but does Hover deliver? 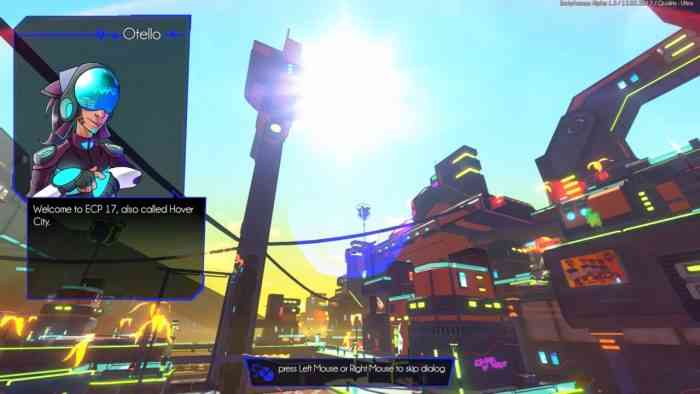 Hover: Revolt of Gamers is a sort of blend between Jet Set Radio and Mirror’s Edge. You’ll have access to a relatively vast area to explore, which can be a bit daunting, but with your “scanner” ability, you’ll be able to see potential objectives (people to help, containers to open, etc). As you complete objectives, you unlock slots that you can fill with perks that improve your character’s stats, such as their ability to jump, grind, etc. Throughout the game, you’ll encounter a vast assortment of characters, many of which you’ll help in one way or another. Unlike Jet Set Radio where grinding is automatic, in Hover, you’ll actually have to press a button to grind – not really an issue, but worth noting. One of the better ideas in Hover is the ability to “rewind” your character. If you find you took a wrong jump or fall somewhere you probably shouldn’t have, you can rewind your character back a few moments to a previous position. However, unlike a game like Forza Horizon, you don’t actually rewind time, just your character – so if you’re in a race, you’re not going to rewind your opponents as well.

The biggest problem I found with Hover: Revolt of Gamers is that the gameplay swung from boring to frustrating and back again. Rarely did I hit that sweet spot where I felt adequately challenged and engaged at the same time. For example, you’ll encounter many, many races – and sometimes you’ll spend a good three or four minutes racing, only to lose by 10 seconds or so, forcing you to complete other tasks until your character has adequate perks to complete the race (but you’ll never know if your character is strong enough, you’ll just have to try, try again). Other times, you’ll find yourself delivering a parcel from one building to another, over and over. And while there were times within a race or delivery where I felt an awesome sense of speed and just felt like I was flowing perfectly, far too frequently there would be some absurd twist to the course forcing you to come to an almost complete stop – halting all sense of fun. Aside from the boring missions, you’ll also be forced to play “Gameball”, yet another uninspired part of this game. In Gameball, the objective is to grab the ball and get it into your opponents net, not unlike basketball (sans the dribbling or cheerleaders). There were a couple Gameball arenas that actually made this mini-game kind of fun – but most of them were awfully designed and the AI characters just seemed poorly balanced.

Hover: Revolt of Gamers utilizes a cel-shaded style technique with a heavy emphasis on bright neon colors. Unlike its inspiration, Jet Set Radio, which – although dated now – still has a sort of crispness to its visuals, Hover seems kind of bland and uninspired. I honestly can’t recall one moment that really struck me as a visual treat. The audio features a very heavy electronic style music, not unlike you’d hear at a rave (do people still go to raves?). In truth, I found the music absolutely awful – but that speaks more to my taste in music and less to the quality of the music. In researching this game, I discovered that the original composer of Jet Set Radio, Hideki Naganuma, actually composed two tracks for this game’s soundtrack. Fans of his work will appreciate that. 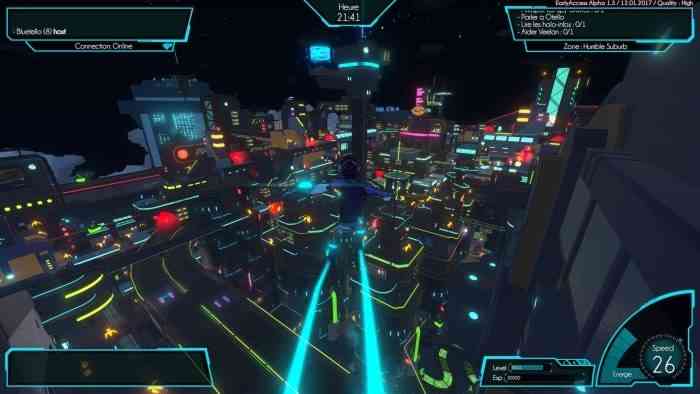 The game features a sort of “always on” online mode where other players (or “Gamers”) can pop into your world. During my time with Hover, this didn’t influence my game at all. I could see people popping into my world, but I rarely actually encountered them. There didn’t seem like any clear way to add them to races or other challenges. It’s possible this is a feature that will be further developed in the future.

Hover: Revolt of Gamers is definitely not a game that I enjoyed at all. It was boring, uninspired and often times way too frustrating. With that said, I could see it being a game that could potentially appeal to others. I felt the multiplayer aspect didn’t add anything special to the game, the visuals were bland and the music was awful (the music will definitely have an audience that loves it – it’s just not something I enjoy listening to). The missions were way too repetitive and usually varied between boring and frustrating with very few hitting that sweet spot where I was having fun. I was never a fan of Jet Set Radio – so maybe that’s why I don’t see the appeal of this game. However, I was a huge Mirror’s Edge fan (both the original and the prequel), and Mirror’s Edge proved that parkour style games can work – Hover just can’t compete. Hover: Revolt of Gamers will definitely only gel with a select group of gamers, so proceed with caution.

*** Hover: Revolt of Gamers PC key provided by the publisher *** 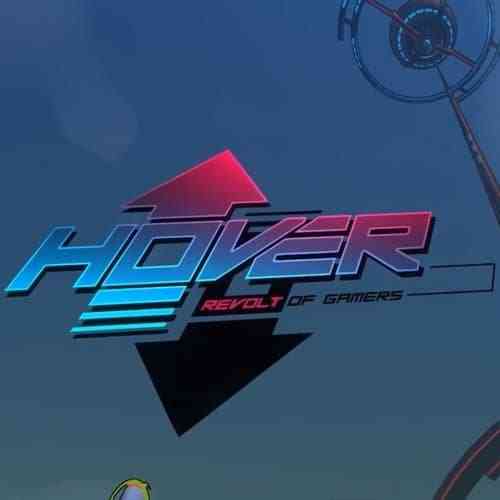 Publisher: The Side Kicks

Bloody 8-Bit Adventure Lords of Exile Out Next Spring