Horror and Virtual Reality. Is there a more powerful combination? The immersion of being inside the space of a horror game in VR fools the senses enough to really get one’s hindbrain kicking and screaming. This is made even more apparent by the two play modes that Thai developer, Yggdrazil Group Co., Ltd, has crafted Home Sweet Home in.

Home Sweet Home(HSH) can be played in either flat screen or VR. The flat screen mode is well, flat. Especially when compared to the VR mode. Yeah, I went there. It’s no hyperbole to say the scares in the VR mode just jump out you. Where both versions are equal is in the sound department. This is a game that demands that the game be played with headphones. The 3D audio, sound is always so important in horror, is expertly crafted for total creep out factor. The sound allows your imagination to run wild hearing sounds that are off-screen whether it be moans and footsteps beyond the next door or through the thin walls that separate you from whatever is on the other side.

Thai Spirit Pulls You In

HSH doesn’t really do anything new in the horror video game genre though. Its strength lies in the unknown horror elements based on Thai culture, myths, and beliefs. You wake up in a strange location while searching for your missing wife. After traveling down several hallways, a stairwell, and closed doors, you spy a woman off in the distance. Is it your wife? You rush to find out and well, that turns out to be a big surprise. The woman turns out to be some sort of Thai spirit with a fondness for box cutters which she’ll use on you every chance she gets.

This spirit is a new addition to the horror genre. She’s young and except for her dead light eyes appears normal. But she doesn’t act normal. She gives out horrific screams when she spots you and travels around the building you are in via large bloodstains that appear on the walls. When you don’t see her directly, she can be heard muttering low curses under her breath when really close or, more often, you hear the clicking of her exacto knife. She has the habit of drawing and retracting the blade as she wanders looking for you. 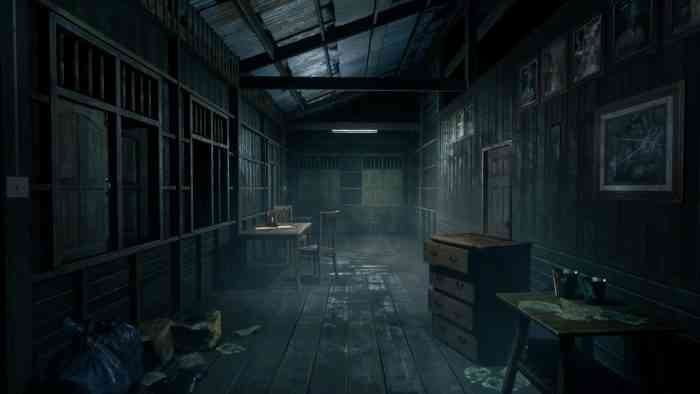 Your only piece of equipment is a flashlight which is needed to navigate the labyrinth you are trapped in. But be careful, if she sees the light, she will come rushing to search for you. There are no weapons in this game. It’s another walking simulator where stealth and hiding are your only death avoidance tools. Beyond those mechanics, there are puzzle elements some of which involving keys or crowbars, for example, to help you open doors or boarded up entrances. You’ll also find clues that aid in the quest to find your wife and escape the nightmare you are trapped in.

Graphically the game is adequate. The lighting of the game keeps you on your toes as things half-glimpsed always give you pause and require caution when approaching them. The real strength of this game is basing the horror elements on Thai culture. This allows for new and unique scares not seen in other more traditionally based horror games. Home Sweet Home delivers the goods. A horror game is judged by how scary it is and this game definitely delivers on that front.

If the game was a little more polished on the graphical front and came with a more original story, this one could have been a real gem instead of being good. 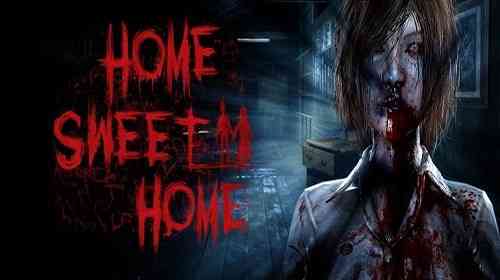