Heart&Slash Review – Not For the Faint of Heart

Make no mistake, Heart&Slash is gruelling and often times very frustrating to play. It has all the makings of your traditional roguelike experience including randomly-generated levels, tons of upgradeable weapons, and permadeath. It manages to get away with some gameplay imbalance by having a simple and fun control scheme, but don’t let the bouncy music or cute robot protagonist mislead you — Heart&Slash isn’t for the faint of heart.

Hearts&Slash is best described as being a dungeon crawler influenced by the quick combat of Devil May Cry. You play as Heart, a simple robot fighter who wakes up 100 years later after humanity has been wiped out. Robots have taken over, and Heart is the only one that can set things right. This is — when it comes down to it — still a roguelike, so the story does take a backseat to the intense action, but I will admit that Hearts’ run-ins with antagonists Slash and QuAsSy are entertaining, to say the least.

“Hearts&Slash is best described as being a dungeon crawler influenced by the quick combat of Devil May Cry.”

Part of what makes Heart&Slash immediately fun to come back to is its simple combat mechanics, which are very much in line with the old adage of ‘easy to learn, hard to master.’ You’re allowed to equip your character with up to three offensive (and some defensive) weapons at a time, as well as armour for various parts of the body. There’s a large palette of cool and distinct weapons such as blades, bats, cleavers, and even boxing gloves. Sometimes they’ll have an elemental advantage which comes in handy against other robot enemies who have specific weaknesses. Pressing down the left or right triggers will quickly change to the other weapons on the fly which means you’ll be pounding out combos like a pro in no time.

You’re always given three items randomly at the beginning, and that there lies the main crux of Heart&Slash that will most likely divide players. I rather enjoyed the unpredictable nature of every new playthrough because it allowed me to adapt to what I was given. An already challenging game is made even harder when your only arsenal is a staff, a trash lid shield, and chest armour that is only resistant against fire. While this may turn off some players who only want to start with the best gear, I appreciated having to learn them and figuring out the best way for me to gain the advantage over my foes. 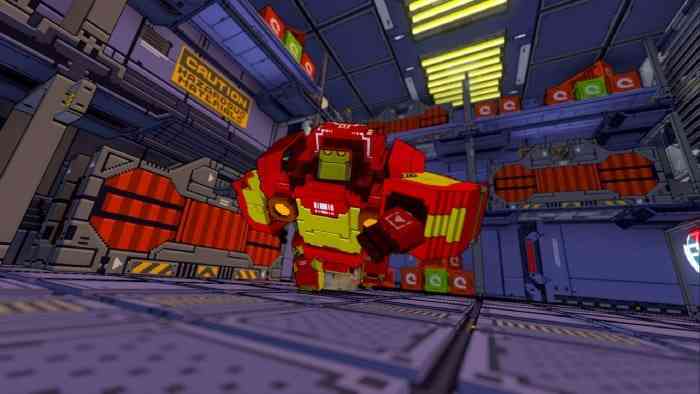 With 75 weapons to find and collect, there’s nearly an endless amount of weapon combinations in Heart&Slash which adds a level of depth not usually found in other roguelikes. It’s satisfying to wail on your enemies with a massive hammer, dodge an incoming attack, launch another bad guy in the air with an ice blade, and then finish them with a blast from a shotgun. The fast-paced combat will keep you on your toes, and the more you become familiar with the weapons and enemy weaknesses, the better and faster you’ll be at clearing out rooms. Laying waste to your enemies will earn you nuts and bolts which can be used to upgrade your gear, and there’s even a ‘recycle’ option to break down your items in exchange for health. I liked this aspect of Heart&Slash because it forced me to spend my experience on what I thought would benefit me from the challenges ahead. Sometimes it paid off, while other times it backfired.

“Heart&Slash isn’t perfect, but if you give it a chance you may find that there’s a lot to love in this charming, 3D roguelike.”

While Heart&Slash offers a ton of variety in weapon types and customization, by no means is it a walk in the park. It’s a brutally challenging game even with the best gear and maximum health upgrades. Part of that is due to the inherent design from its developer, but there are times when an unfair challenge presents itself that will really test your patience. Boss fights in Heart&Slash are probably the worst offender for this, mostly because they’re designed for you to fail practically all the time on your first encounter. The fact that they can take off large chunks of health and are always fought in confined spaces means you’ll see the GameOver screen far too quickly and because it’s a roguelike, that means starting the journey all over again.

Coincidentally, the camera in Heart&Slash is deeply annoying especially when you’re trapped or close to a wall and you can’t see where the enemies are. It also tends to swivel a bit too quickly for my tastes which have resulted in me constantly keeping it in check with the right thumbstick. There are also some minor technical hiccups like framerate dips, weapons not appearing on Heart, or just various level glitches, but it wasn’t enough to tear me away from attacking, jumping, and dodging my way through the Robotlution. 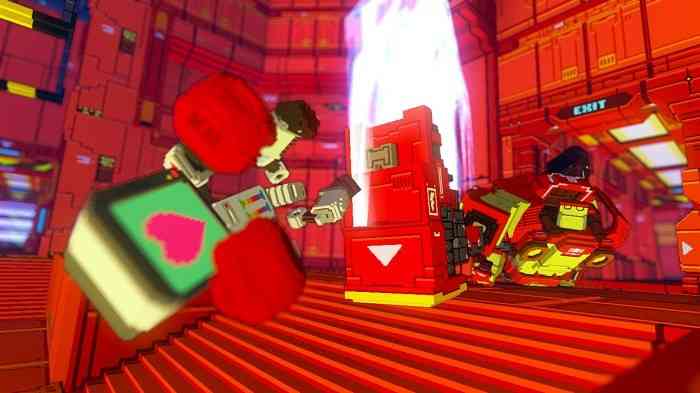 Underneath the catchy soundtrack and neon art style is a game that is made for the hardcore gamer, but it’s also very accessible for a newcomer. The pick-up-and-play control scheme is simple and intuitive but it’ll also take patience and some luck to overcome the high difficulty. Heart&Slash isn’t perfect, but if you give it a chance you may find that there’s a lot to love in this charming, 3D roguelike. 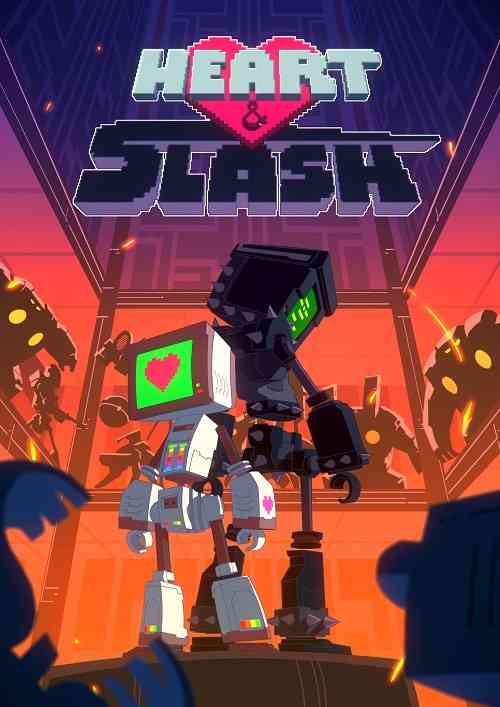