Hard West impressed a lot of people at PAX this year with the way it blended familiar concepts with some new ideas and presentation. It has been often said that it is “XCOM with cowboy hats,” and that does, in many ways, give you a pretty accurate summary if you are curious about the game. But Hard West is so much more than that as well – in addition to the turn-based strategy upon which the game is based, it has nice doses of RPG, adventure, and even exploration thrown into the mix. While it certainly has its flaws, overall Hard West is a fun game that will rope you in right away and keep you engaged for a while.

Hard West does a good job of getting you into the game right away with a tutorial that both explains the gameplay, and opens the title’s narrative. You learn the basics of movement, cover, and combat in a gentle but informative way.Then, it lets you walk on your own, and like a newborn calf on a cattle ranch, it’s up to you to find your legs and stand up. Now, you play as a cursed man whose mother was killed, and now searches for her murderers with a posse of companions to help him out. In various combat scenarios, you must hunt each of your enemies down and exact a harsh brand of frontier justice.

Gameplay in Hard West is a well-crafted thing of beauty. Much like XCOM, you are placed in scenarios that set your characters up, like chess-pieces on a board, in a combat situation. Shield icons above your character indicate how many action points, and how much health you have. What you can do in a given turn is limited by your action points, so you have to really think about how you want to spend them. And you have to be careful about where you move to – if you leave yourself too deep in enemy territory, you can find yourself getting shot at by multiple foes. And that is bad, hombre, because health is precious and just a few shots will leave you six feet under in a hurry. There is a Luck meter that saves you from the first few shots, but once that has run out, you will face real health damage.  The tiny amount of health given to you by the game raises the stakes – and the excitement level – of Hard West. Taking a hit almost felt physically painful, because I knew that I only had a few more before I died.

“… in addition to the turn-based strategy upon which the game is based, it has nice doses of RPG, adventure, and even exploration thrown into the mix.”

The developers have created the levels to be a perfect balance of (sometimes daunting) challenge and open-ended fun. There are many ways to win a scenario in Hard West – but the one way that will NOT work is blindly running at your enemies guns-a-blazing. There are just too damn many of the varmints, and if you try to be a … well… “cowboy,” you’re going to end up in a pine box quick. Beyond avoiding that kind of reckless stupidity, you have a lot of freedom as to how you handle things.  One huge factor that you will want to use is the cover system. Hard West is as much about not getting shot as it is about shooting. You have lots of opportunity for over in the environment, from walls to wooden crates, to anything else you want to use. Some things provide full cover, and some only half – you really learn to pay attention to where you end up standing at the end of your turn. I learned quickly to play fairly conservatively, making sure to end up in cover, even if it meant sacrificing a clear shot at my enemy. I liked how Hard West always made me think about lots of different enemies, angles, and other layers of complexity – it made completing a level that much more satisfying.

The game’s developers deserve credit for just how much work they put into making Hard West’s combat scenarios a deep, substantial experience that really pulls you in. For example, I found out that I could kill enemies with a ricochet shot – by banking off of a nearby surface. It was a huge rush of satisfaction to kill an enemy this way; I felt like a total badass when I pulled it off. I also discovered I could open up lids, and manipulate the environment in other ways in order to create cover. Cool. And as if that weren’t enough, you have other, extra objectives dangled in your face by the game, such as finding loot, besides the basic, kill-every-enemy one. This really makes you weigh the risks and rewards of exploring the level on top of killing the bad guys. 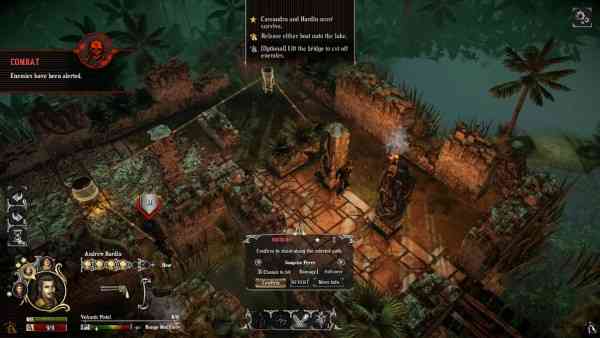 And if you decide to go for that loot in a scenario, you can spend it on some cool items. After you have won a gun-fight and completed a scenario, there is an Overworld as well, that plays a lot like an RPG. You talk with NPCs and decide where on the Overworld map you want to go. Along the way, you have the option to buy things, like health potions or upgraded weapons, with money you get from winning scenarios. These can then help you win your next gun-fight. All of the choices and opportunities to personalize your experience make Hard West a game that could potentially scratch many of your gaming itches – play it as a turn-based strategy, an RPG, or an exploration adventure. That is, if you are patient enough to learn about it.  If I had one criticism of the customization, it was that the game did not adequately explain all of the various upgrades. For example, I could assign poker cards to my character, but I wasn’t clear on what effect those cards had. The sheer number of items you can purchase is a bit overwhelming as well – I wasn’t always sure what they were or how I could use them.

“The game’s developers deserve credit for just how much work they put into making Hard West’s combat scenarios a deep, substantial experience that really pulls you in.”

The Overworld part of the game was a weak area of the game, in my opinion. This is partly because of the way you interact with it – through a text-heavy dialogue that does not engross you much. I was not clear on where I should go next on the map, and more importantly, why it mattered. I knew that I was looking for my mother’s murderers, but nothing beyond that. It felt like that whole part of the game was just an interlude that I cycled through as quickly as possible in order to get to the next combat scenario. That’s too bad, because I sense that the game’s developers intended for this part to be an important venue for telling their story.

Visually, Hard West will remind many of XCOM, which should not be a surprise. But for me, the isometric view and muted colors also took me back to the original Fallout. If you look closely, it has a cel-shaded look with a limited color palette that is reminiscent of the “Spaghetti-Westerns” I grew up on as well. And the music, composed by The Witcher 3’s Marcin Przybyłowicz, is nice without being distracting.I was really impressed with Hard West’s look and feel, and I have to give credit to CreativeForge for the overall polish of the game. 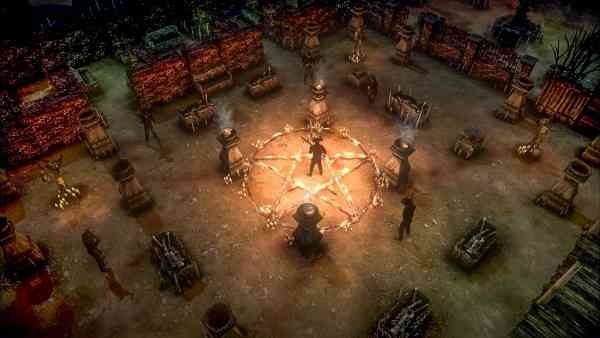 Another aspect of the game that did not quite work for me, though, was the game’s narrative. Don’t get me wrong, it was not for lack of effort – the story has a lot of cool ideas and elements. There is the son looking for revenge against his mother’s killers. There are companions whom you meet along the way, each with their own stories and abilities to help you. And there are lots of supernatural elements that make this a Weird West story that, I am sure, is very deep and compelling.  My problem is, it is told in such a non-linear and even disjointed way that I had trouble following it. For example, in one scenario, my character was undead, and had the ability to regenerate health. Then, in other scenarios, he seemed to be a normal human. If the reason why was explained to me somewhere, I must have missed it. And I wasn’t sure what connection my companions had to me, or why I was with them. All I knew was, I was glad for their help in those tough combat situations. Overall, Hard West’s plot had me pretty confused a lot of the time.

“No, it’s not a bull’s eye by any means, but Hard West will certainly hit close enough to provide you with hours of Wild-West fun.”

But luckily, the combat keeps you interested for a while, and therefore despite the narrative frustrations you will still want to keep playing Hard West. Each scenario is a new challenge, with lots of layers to challenge all of your different gaming faculties. Play it as a turn-based strategy, an RPG, or an adventure – you will find something to like about Hard West no matter what kind of gamer you are. There is a point where you will get fatigued, however, with completing combat objectives over and over, no matter how the game tries to change the parameters. And as I mentioned, the story is not compelling enough to drive you forward when you do finally get bored of the fighting. No, it’s not a bull’s eye by any means, but Hard West will certainly hit close enough to provide you with hours of Wild-West fun. 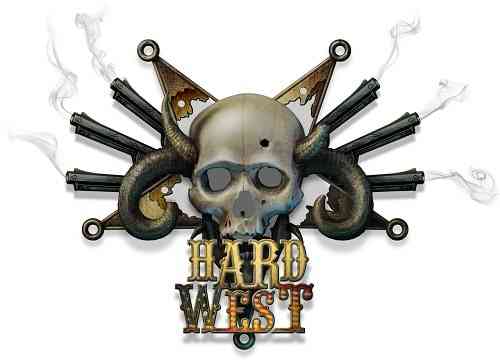