Gundam Versus Review – Not as Cool as ‘Battling Giant Robots’ Sounds

Since its first iteration in 1979, Gundam has been an entertainment powerhouse. The idea of powerful mech suits being used by the government for combat and defense, the thrill of seeing massive metal warriors fight it out in cities, leveling buildings and defending the people. It has captured our imaginations for decades. So when Gundam Versus launched in North America promising the latest and greatest of the Gundam series – featuring mechanical warriors from across every Gundam anime – it was bound to be a hit, right?

Published by Bandai Namco, Gundam Versus is the next chapter in the explosively popular Gundam series, which has spawned TV shows, movies, video games, and manga. Gundam Versus boasts an incredibly massive roster of over 90 Gundams to pilot and 180 Strikers to choose from. With such a huge number of options, players should expect a game with some depth and variety, but this is really more of an arcade title built specifically for fans of the series.

The game offers a ton of information to take in, but nothing that would be useful for a newcomer. Each Gundam has a short blurb in its profile that doesn’t offer any information on what to expect its combat style or loadout to be. Pilots can be unlocked but they exist really as names and nothing more, offering no changes to stats or performance, it really doesn’t matter who you choose. The game is hindered even more by its lack of story mode, meaning if I want to know anything about the world, pilots, or suits, I’ll need to do spend some serious time with Google. I understand Gundam has its origins and popularity in Japan, but only the written word in the game has been translated into English. That means the announcer, dialogue from pilots, and anything else auditory is going over my head and – while still enjoyable to experience its original portrayal – I know I’m missing out on key personality aspects of the Pilots.

“The game is hindered even more by its lack of story mode, meaning if I want to know anything about the world, pilots, or suits, I’ll need to do spend some serious time with Google.”

Having so many Gundam to choose from and little information to go off of, you’ll have a lot of trial and error to see what handles best for you. I spent a little over an hour and a half testing out various Gundams until I found a few that worked for me, and Bandai Namco was kind enough to put in a Favorite option to bookmark the Gundams and Strikers you like the most. Combat is, of course, the name of the game here, as players are dropped into basic environments and battle it out to the end. Each Gundam has its own range, melee, special range, and special melee abilities as well as flight, dodging, and blocking. Combat is smooth, although I found the AI prefers to run rather than fight back which could make matches drag on simply because I couldn’t connect a hit. 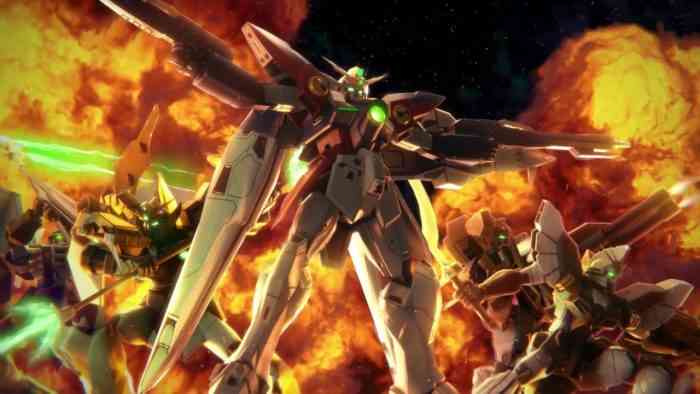 Each Gundam has a point value attached to it from 200 to 500 in 100 point increments. Each side of a battle has 1000 points, and destroying a Gundam will make them lose point’s equivalent to the destroyed enemies value. This means a 500 Gundam is most likely more powerful but only needs to be defeated twice to win, whereas a 200 is going to be more agile but weaker, and need to be defeated five times to win. These 1000 point values also apply to team battles, as Gundam Versus offers 2v2 matches both online and with CPU players. This means you also need to watch your allies back to keep your team from losing.

With a lack of story, Gundam Versus instead offers six combat modes to choose from with online custom battles, online non-ranked battle, online ranked battle, a practice mode, Trial Battle where players must perform various challenges, and Ultimate Battle – essentially a wave mode. Having options is good, but I would have much preferred knocking a few of those off the list to get a story mode. I do understand this is a port of an arcade game, but we just need more. Playing these modes will level up the Gundam you use, but leveling up only unlocks more Strikers and Pilots. It also feels like a fantastically missed opportunity to introduce a game like this and not include options for a custom Gundam. Controlling your selected body parts and load outs for specific weapons would be phenomenal and that alone could be game-changing. Literally. 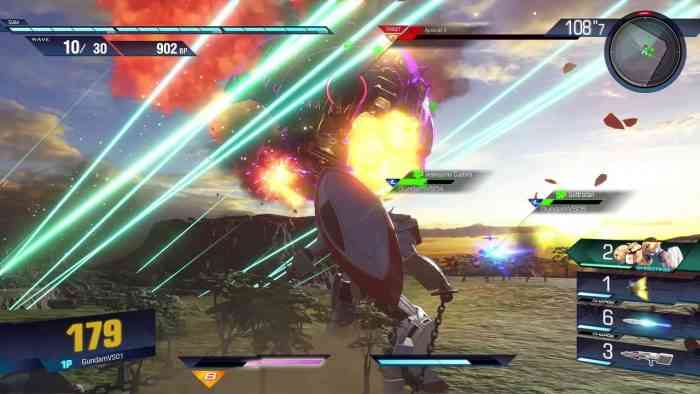 Gundam Versus – if you are a fan of the series – is a winning package. The gameplay is great, the graphics are a nice blend of anime and realism, with a soundtrack that sounds like a Saturday morning cartoon for an action anime that is oddly fitting, and it’s still a great feeling to win a match, however, it just doesn’t have enough for the average player to get hooked. I went into Gundam Versus looking to get pulled in to an awesome title of battling robots but it just doesn’t grab me. The unlockables aren’t worth it, there is no story to speak of, its just a simple arcade game, with simple being the keyword. It doesn’t give me a reason to keep playing because there is no real change if I do. 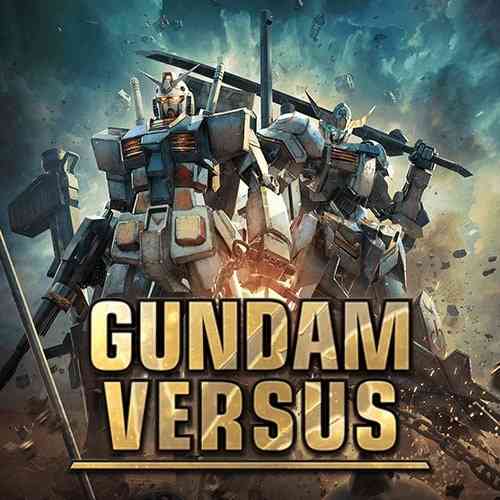