For quite some time now, the Nintendo Switch has become my go-to machine whenever I need to scratch that nostalgic itch. I’m not just talking classic NES games either, but it’s been wonderful revisiting updated ports like Final Fantasy X/X-2, Okami HD, and both Mega Man X Legacy Collections. And while all of those games can be played on other platforms, the Switch has the added benefit of being portable. And so when I heard that Sega’s classic JRPG franchise Grandia was getting an HD collection just for Switch, I could hardly contain my excitement. Not only are these two criminally underrated RPG’s preserved beautifully on the Switch but, more importantly, they also stack up pretty darn well in 2019.

Considering the original Grandia came out in Japan for the Sega Saturn back in 1997 (it was later ported to the PlayStation in 1999 for Western audiences with English voices), I was taken aback by how fun it still is to play. You play as Justin, a young lad that wants nothing more in life than to go on an adventure just like his dad did. His dream finally comes true when he and his bubbly friend Sue get themselves caught up in an opportunity to uncover the secrets surrounding a long lost civilization. The story isn’t much to write home about, but it’s handled with care and delivers a lot of memorable battle moments. Sure, there’s still some tedium in the gameplay department — especially after playing more contemporary RPG’s — but overall, I’d say Grandia stands the test of time. The characters are charming as hell, the music is infectious, and best of all, the combat system kicks ass.

Its sequel is a whole other beast visually. While the first game uses 2D sprite work for its characters on top of 3D environments, Grandia II boasts both 3D models and environments with a more varied colour palette. It was originally released on Dreamcast so the updated graphics are definitely easier on the eyes. If you’ve ever played the HD Anniversary Edition on PC, you should have a decent idea on what to expect from the Switch version. 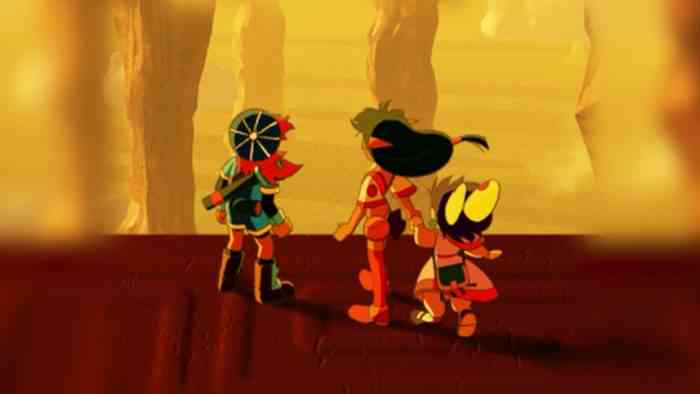 While it’s certainly up for debate, Grandia II towers over its predecessor in almost every way. It doesn’t take nearly as long for things to heat up and much of the kinks in the first game’s combat system is ironed out, bringing about a more polished and streamlined experience for newcomers. You take control of “Geohound” Ryudo, a sort of mercenary-for-hire tasked to escort the songstress Elena for a ceremony. Things go from bad to worse quite suddenly which inevitably lead the two of them on a journey to save the world. Once again, it isn’t the most original or exciting yarn, but it works for the most part. Ryudo is the star here, a pompous and egotistical protagonist who gradually changes his tune through the course of the adventure. It isn’t groundbreaking storytelling — this isn’t a Walter White situation here — but it’s refreshing to see some genuine character development in a genre that rarely lets their protagonists waver from their moral pedestal.

Talk to most anyone about the Grandia games and they’ll usually have some praise for its combat system and it’s a big part why these games remain as enjoyable to this day. Winning battles consists of keeping track of the IP gauge at the bottom of the screen, which displays a row of icons that represent your party members and enemies. As the icons move up on the bar, you can initiate your moves like a critical or combo attack. What really shakes things up is being able to “cancel” enemy attacks with a well-executed critical hit. This will slide the enemy icon back to the beginning, giving your team an advantage. Executing a well-timed “cancel” is incredibly satisfying and is a key strategic element when facing harder foes.

Not Without Its Flaws

The battle system in both titles are similar but Grandia II really refines the formula. Party members can actually move about the battlefield in a limited capacity, use special magic attacks and more. If you’re a newbie to the franchise, you should start with the first game then move on to the second (duh!) so you can really appreciate some of the changes developer Game Arts achieved. 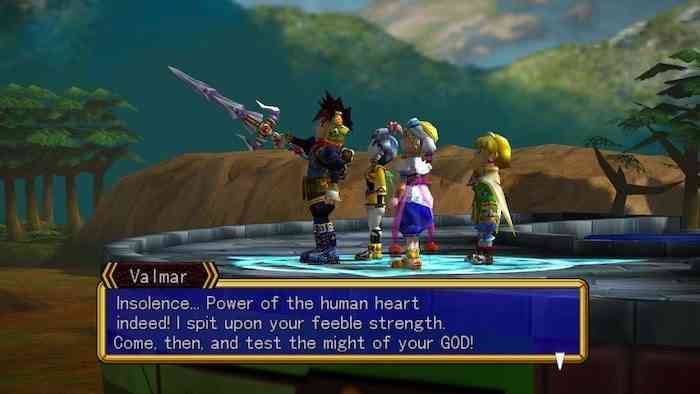 Having both classic games on my Switch is a dream come true but the transition isn’t without its flaws. The fan community is at odds over the updated graphics in Grandia. The remaster has opted for a softer look, adding a sprite filter to the game. Hardcore purists appear to be up in arms over it, but if this is your first time playing Grandia, or you haven’t picked it up in the last 20 years since its release, you’re probably not going to notice anything. I played the majority of both games in portable mode which, in my opinion, is the preferred way to go. The smaller screen hides some of the blemishes and the style of gameplay fits the pick-up-and-play ideology of the Switch.

What did bother me, however, was a recurring glitch in the first game where the music would occasionally loop after every battle sequence. Grandia II’s conversion is excellent for the most part. However, I did run into some performance issues whenever multiple enemies were on screen and also another time when the music cut out briefly. Hopefully, a patch or two can be rolled out to fix these issues. While these are annoyances, I didn’t find that they took anything away from enjoying two of the best JRPG’s ever made. 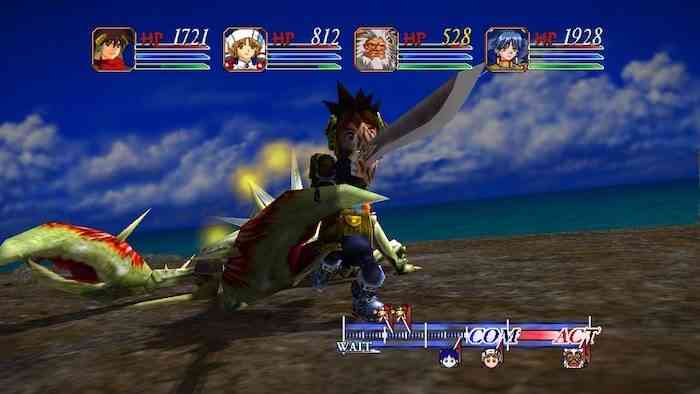 For $40, Grandia HD Collection is pretty good value. Both games are quite beefy so players won’t feel like they’re starved for content. However, aside from the updated HD graphics, there really isn’t much new here if you’ve already played both games to death. There’s a new dual audio option that allows for swapping out the English voices with Japanese ones (which you should definitely do by the way, since the English ones are atrocious!) but other than that, these are still the same old Grandia games with a nicer coat of paint.

As a Grandia fan, it’s been an absolute joy replaying these classic games on Switch. Parts of it are starting to feel a bit dated, but hot damn they’re still a blast to play. Thanks to a wonderful cast of characters, superb soundtracks, and an addictive combat system, Grandia and Grandia II are surprisingly accessible, even 20 years later. If you’re in the mood for more classic JRPG’s on Switch, the Grandia HD Collection will more than fill that void. It’s absolutely grand. 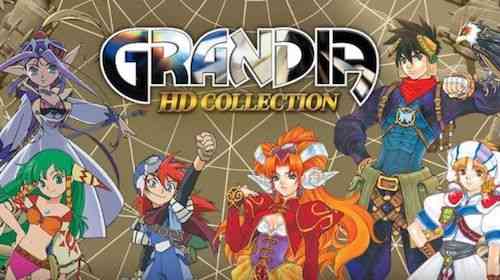