Gods Will Fall Review – Eight Against The World

Games are all about turning lopsided battles in your favor. Whether you’re fighting empires, armies, or incredible monsters, it’s your chance to do something otherwise impossible. Gods Will Fall presents you with an impossible task that truly feels beyond the reach of most human beings. Whether this Sisyphean labor appeals to you is a matter of personal taste and penchant for pain. More than anything else, I learned that I’ve lost my appetite for suffering through video games.

You play a random assortment of 8 remaining warriors from a land besieged by the gods. Your holy benefactors have been fully poisoned by the lure and luster of power, leaving you with no other option but deicide. The good news is that your gods are the kind you can stab to death. The bad news is that your party is also very sensitive to suffering and death. In a realm where hope is fleeting and your odds are slim, you’re less likely to have a good time, you see. This is a beautiful game with a fascinating premise and some truly insufferable play mechanics.

A Hot Knife Through Your Save Files

For example, if one of you falls in battle, that person is locked away until someone completes the stage. If no one murders the god in question, choosing instead to bleed all over the rocks at said god’s feet? Well then this game is over! In fact, the save file is quite useless going forward. Roguelikes have taught us patience when it comes to glacial progress, but they don’t often make you erase your save file when you fail. If you succeed, and kill that god? Your missing warriors come back, but with reduced stats. On top of that, it’s possible to lose someone for good. If one of your warriors comes to the island with any sort of baggage about one of these gods, it will almost certainly kill them. 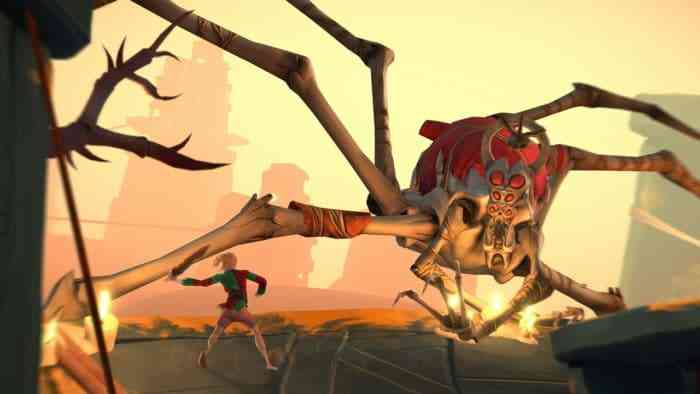 Between the permanent death and the random de-buffs (which often lead to permanent death), the deck is fairly stacked against you. Thankfully the combat is also brutal and unyielding. Which is to say, the combat rhythms you’re locked into are not conducive to memorization. If you make a serious mistake, your next attempt to tackle that same problem is made with a completely different character. This throws your rhythm off and makes it feel like no progress is being made, skill-wise. The same problem applies to the permanent death mechanic. Eight dead fighters and a fresh save file only serves to put more distance between you and your eventual goals.

This weird combat rhythm comes to a head when it’s time to face the gods. These fights are the lynchpin of every stage, the focal point of the entire game. Unfortunately, the extended time between attempts means you’re unlikely to succeed for quite a while. You’d also better hope that you’ve got a lot of the right weapon in your party. I scrapped entire save files once I lost the last spear user, who was also the only spear user. War axes and maces are so clumsy as to be unplayable at first, while the spear keeps a healthy distance between you and your opponents. Weapon variety aside, it’s possible to use up two or three save files before you figure out how to beat any given stage. At least you’re able to tackle them in whatever order you wish.

An Epic Clash of Murderous Intent

Even through the lens of whimsical cruelty, Gods Will Fall is a beautiful game. The backgrounds and environments have a painted quality that feels timeless, like high lore is being recited all around you. The actual story, that of desperate mortals stabbing at remorseless murderers, is immediately engaging. Even the designs of the gods themselves feel like visions of a horrific myth cycle. These are ageless horrors accustomed to unchecked abuse of power, ready to answer any slight with swift retribution. The various design decisions assemble to create a sense of hopeless dread. You’re pulled into this impossible war from the start, committed to killing these awful gods at the earliest opportunity. Whether you can actually succeed is another matter altogether.

From a narrative perspective, the elevated difficulty and unfair mechanics are perfectly appropriate. How else do you make players feel like they’re taking on the gods themselves? Uneven rules and impossible odds, combined with the sinister music and the desolate world, create a lasting feeling of hopeless doom. And yet for me, it’s too much. I get that fighting the gods should be crazy hard, but the strange combat rhythms and the extra-permanent death system are a bridge too far. Hoping for the right weapon, losing that fighter to a mis-timed jump, and then struggling for 20 more minutes for a brief, ill-fated boss attempt? This kind of cruelty feels downright excessive. If, like me, you’ve grown weary of toil and suffering in your games, consider this your fair warning. On the other hand, if you’re thirsting for a relentless challenge, Gods Will Fall will be all you’re looking for and more. 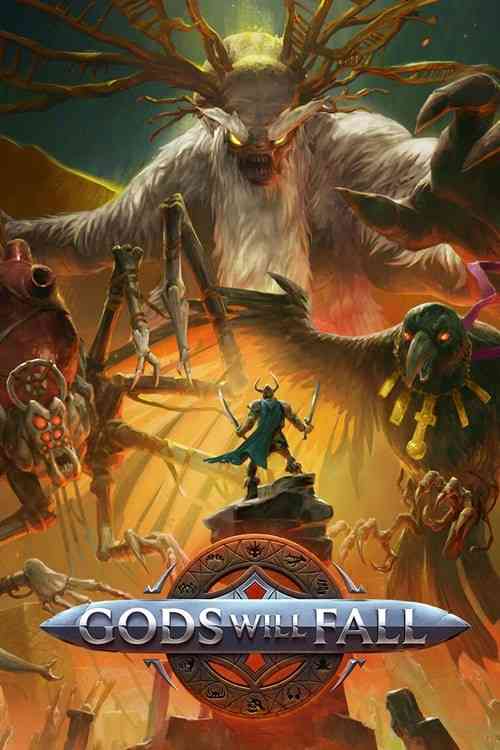