Playing Olija, you are struck by how far the 2D platformer has come. There was a time when it was the dominant genre in video games. Oh you’re adapting a Disney movie into games? It’s gonna be a platformer. Nowadays, you are more likely to find a 3D open world icon-em-up, and the art of the platform has been left to the indies. We’re all the luckier, because Olija is a clever, stylish game, full of subtle tricks.

You’ll probably have a strong first impression of Olija based on your preference for platforms and pixels. You encounter a lot of both in the world of indie games. And there’s nothing inherently good or bad about a pixel art style, but after seeing enough uninspired worlds rendered in big blurry blocks, perhaps your expectations have been lowered. Olija didn’t fully sell me on the pixel style overall, but it makes the most with what it is using.

I was however, pretty tickled with the strong animation work. The protagonist climbs ladders so dramatically, I wanted to reach through the computer and right his little sprite. And you might notice the ways colors blur in a comic-book-like suggestion of motion. Sometimes characters will leave dark whorls in their wake, sometimes they will project some colors in front of them before catching up to the animation. This helps create the illusion, and more important a sense of immersion.

Because the thing that would have really killed Olija is a bland setting. I know I’ve seen too many generic medieval fantasy settings, most of which like to ape D&D for goblins and imps. Olija is in a world much more specific than that, with swampy waters and tropical trees. It’s one part Caribbean and one part Southeast Asia, and some groovy music completes the picture. Because the setting is so specific, all those little things, animation, sounds, colors, all work to set the mood, which is sweaty and desperate. Few AAA games do as good a job at conjuring up the feeling of running for your life through the mud. 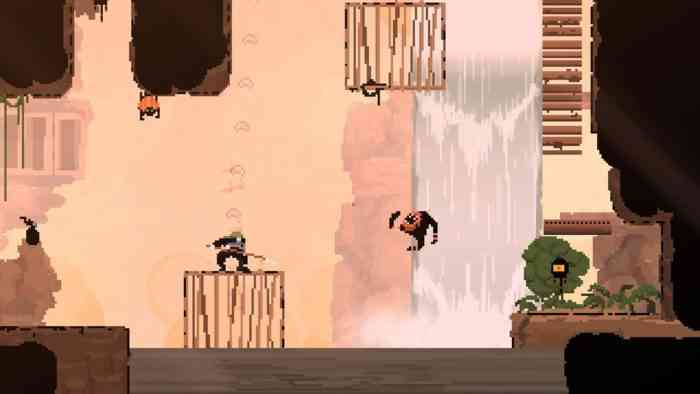 But the most important thing in a game like this is the controls. A platformer can be sharp or loose, light or heavy. Olija definitely makes you feel big and burdened. You actually can’t jump very far, so when you are leaping out of the way of a runaway projectile, you feel the weight of your mortality. The same goes for sword and spear swings. They are heavy, and you can feel the damage they deal.

Lost in the Mire

I ended up getting lost in Olija for longer than I planned to. It just sucks you in. Still, I kept waiting for the gameplay to get more sophisticated in a way that never arrived. Once I got a hand on the basic mechanics, that was pretty much the way I explored the world. There’s a good eye turned towards player control, a Valve-like commitment to immersing you in the space. Doors open slowly, and boats languidly sail their way up to the next dungeon you have to explore. All of it is very artistically compelling, but I have to admit I spent these dramatic moments leaping around like a fool waiting for the game to continue. 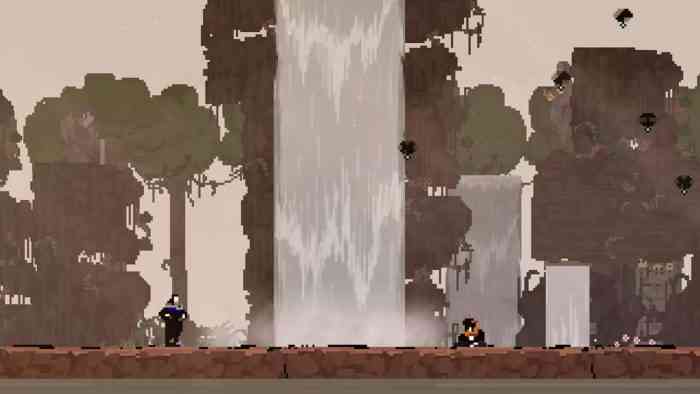 There’s probably a version of the game where I was more patient for these long sequences. As something that bolsters the tone, I’m really compelled by their conclusion. The problem is, the story and characters aren’t as compelling as the setting and loose vibes of the place. You collect a bunch of dudes and take them back to your central base. These dudes all had different personalities and different hats. But I couldn’t be bothered to keep them all straight. Some stories pull you in with clever writing and unforgettable characters. Olija isn’t that. The most compelling parts of the game all are part of its presentation.

Because despite the strength of Olija’s tone and mechanics, it is a very moody game. There’s not a lot to say in indie platformers that hasn’t been done elsewhere and so it all comes down to execution. I don’t think the story or characters or themes of Olija will stick with me for a long time, but I will remember the game nonetheless. I will remember the world actually, as if I was the one braving mosquito filled bogs and slimy tombs. Thomas Olsson and Skeleton Crew Studio aren’t telling stories so much as they are crafting worlds. That’s what kind of game Olija is: a world you can get lost in. 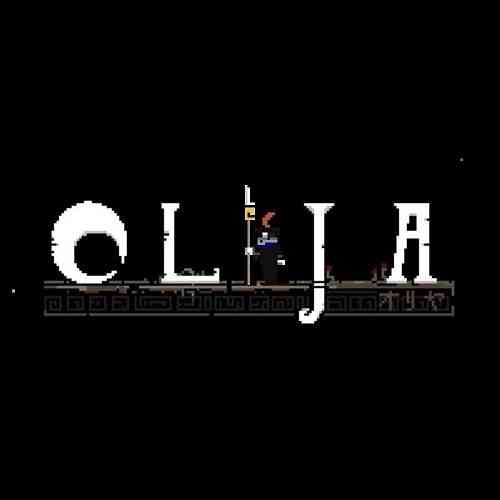