The brave and fearless knight, Sir Arthur, is back to fend off ghoulish creatures who dare step in his way. Reimagining its legendary predecessors, Ghosts ‘n Goblins Resurrection continues its legacy in this brutal action platformer. Armed with an array of visceral weapons and sporting his iconic polka dot boxer shorts, will you be able to guide the nobleman through this deadly onslaught?

For those of you who missed out on the iconic originals, Ghosts ‘n Goblins and Ghosts ‘n Ghouls, are renowned for their punishing and relentless difficulty. The latest iteration of the franchise continues in this ferocious manner making each level a challenging, blood-filled paradise. Each zone has been lovingly crafted with the spirit of the originals. Seemingly familiar areas manifest into new and vile environments but still evokes the essence of the ghastly medieval underworld portrayed in the earlier releases.

Back From the Dead

Arthur’s patented floaty jump and meandering movement are still present. This may be jarring at first, especially to those who haven’t played the original; however, the pacing adds a methodical nature to those fatal confrontations. With Hordes of enemies populating the screen at a rapid pace, death is inevitable. Nevertheless, with each attempt, you learn enemy patterns and will eventually concoct a devious strategy to surpass the mass of creatures that block your path. Reaching checkpoints is accompanied by a well-earned sense of achievement which is only marred by the possibilities of what may lay ahead. At the pinnacle of each zone is the dreaded boss fight. Defeating these imposing demons may seem like an impossible feat due to their sheer size and variety of attacks. But after countless failed attempts, the feeling of euphoria when finally slaying the demonic hellspawn is priceless.

As you progress and collect items, you unlock a variety of special abilities on the Umbral Tree that drastically alter each scenario you encounter. From transforming a multitude of enemies into frogs to summoning thunderstorms, learning these abilities is imperative to your survival in the cursed world of Ghosts ‘n Goblins Resurrection. 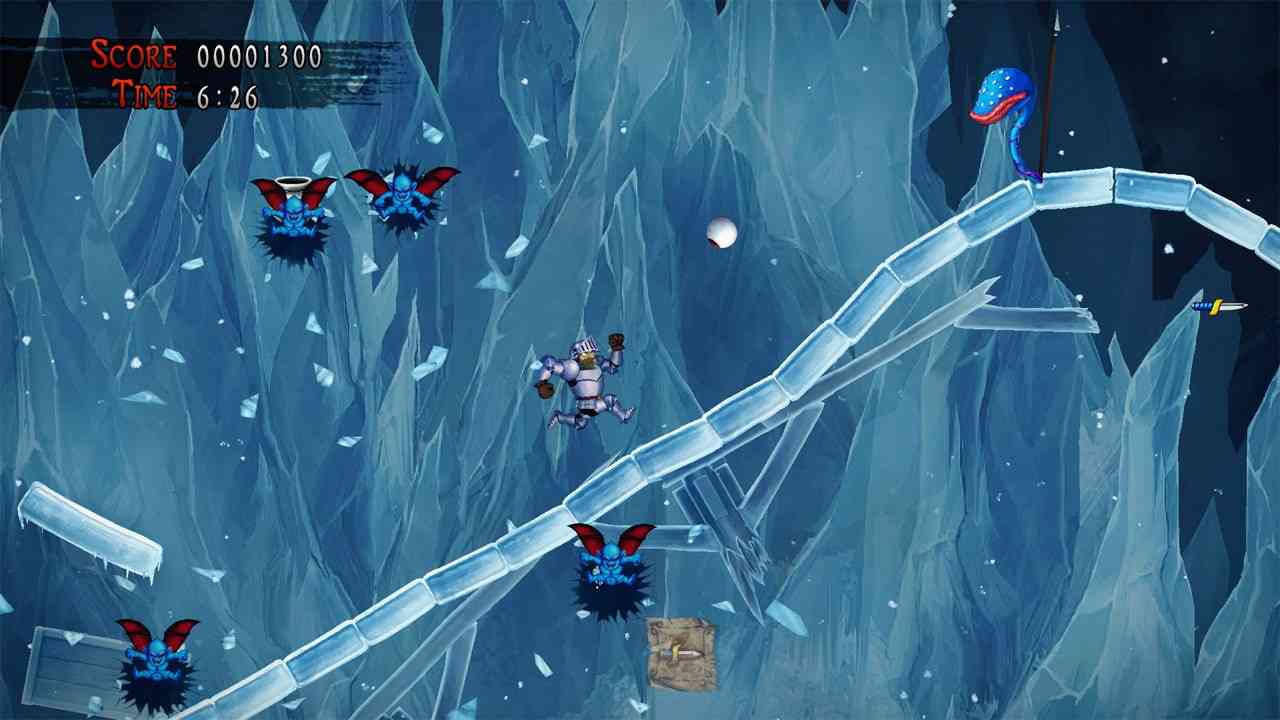 After claiming victory, your adventure is not over. During your second playthrough, a new and even more challenging world awaits. The darker and punishing Shadow Stages linger with sadistic anticipation for your arrival. Each stage also withholds hidden Treasure Chests, unlockable hell holes and other secrets that will grant you rewards to aid you on your quest.

Although some gamers relish difficult titles, others can be deterred by the thought of continually dying. As a result of this, Ghosts ‘n Goblins Resurrection offers several difficulty levels in order to appeal to both longtime fans and newcomers. Squire, Knight, and Legend modes all offer a suitable challenge for experienced gamers, however, Capcom has also added Page mode. In this, players are able to respawn where they perish, take more hits, and have fewer enemies on screen but, there is a caveat. Those who opt for this mode will miss out on some late-game content.

A first for the series is the addition of local multiplayer. Instantly, another player can join you on your escapade by controlling one of The Three Wise Guys. Each ghostly apparition is unique and can aid Arthur with their distinct magical powers. This is the perfect route to introduce new players to the franchise but is also an excellent way to gain support when struggling in battle against the demons of hell. 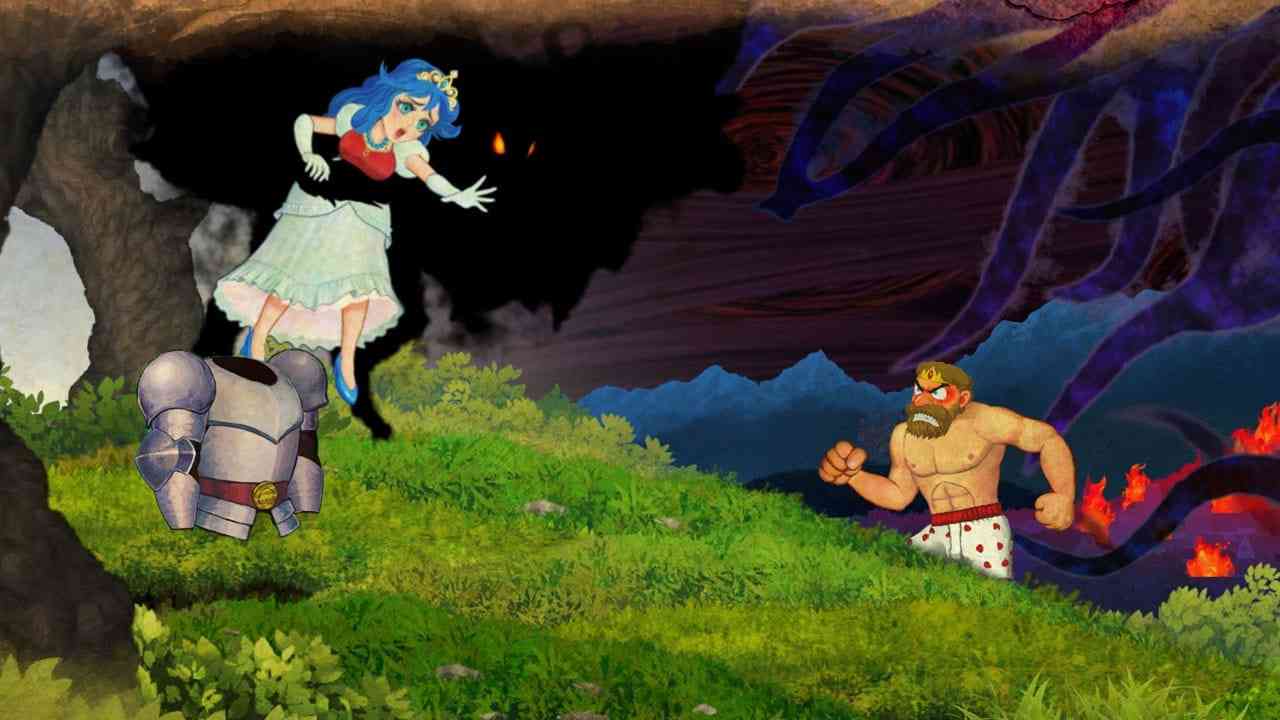 Retracing the footsteps of previous titles is the game’s control system. The refreshingly simple controls mean anyone can jump in but only the most gallant will survive. Due to this, you can solely concentrate on the hectic assault on screen rather than fiddling with overly complicated controls that plague many modern titles.

Presented as a fairytale, the opening sequence and environments are beautifully designed in order to give a whimsical feel about the adventure at hand. Characters are full of personality but they do tread the fine line of looking like they’re taken out of a flash game. Although the design did grow on me, some may not like the new art direction.

Ghosts ‘n Goblins Resurrection is not only a fitting tribute to a much loved classic but it’s also the rebirth of the franchise. With its punishing gameplay and brutal boss fights, even experts will find this quest a challenge. However, even with the range of accessibility options, the difficulty may deter those with a passing interest. 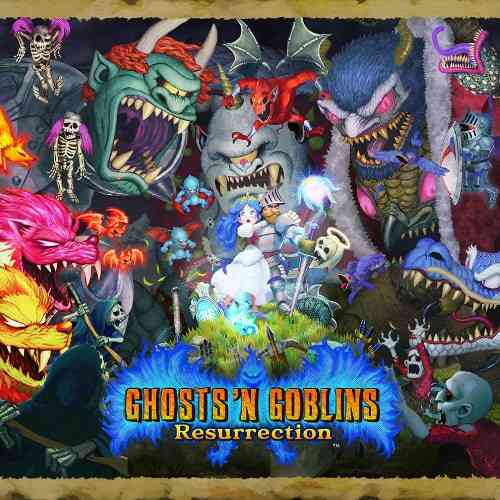 Accessibility and QoL Update for Capcom Fighting Collection Out Now