There are a plethora of games like Mother 3 and Jump Ultimate Stars that never made the trip across the ocean to the western part of the world. As fans clamor for the country-exclusives to be localized, Konami looks to reignite an obscure franchise that has never seen a global audience. GetsuFumaDen: Undying Moon maintains its side-scrolling, action-platformer roots but looks to evolve with the addition of rogue-lite elements. In an increasingly popular genre, can the game do enough to slice its own niche?

Ryukotsuki, a vicious and evil ruler, is sealed into hell after years of brutal savagery. After 1000 years of peace, he’s back to cause havoc. As Fuma, you must descend the depths of hell to stop the Demon King before he unleashes another era of torment. While the narrative is full of potential, its importance is lost almost immediately. Where Hades uses death as a key component to further the plot, in GetsuFumaDen it’s merely a premise to carry the gameplay.

A Trip To Hell

Instantly, similarities to the incredible Dead Cells will be made due to the action-focused, side-scrolling gameplay. Each run starts in a hub area and you will pick up a katana before you start your voyage through hell. Although the starter weapons remain the same, during the level you will come across a variety of items that allow you to alter your playstyle. The sword is a basic all-rounder, however, there are faster daggers, long-reaching chains, and powerful clubs to help you annihilate your enemies. Weapons include distinctive animations that alter the length it takes to connect with the opponent. Strikes can build into a slick ultimate move which is accompanied by a kanji graphic. Although there are several aspects to add depth to the combat, the melee is quite basic and lacks the nuances that imbue its peers. 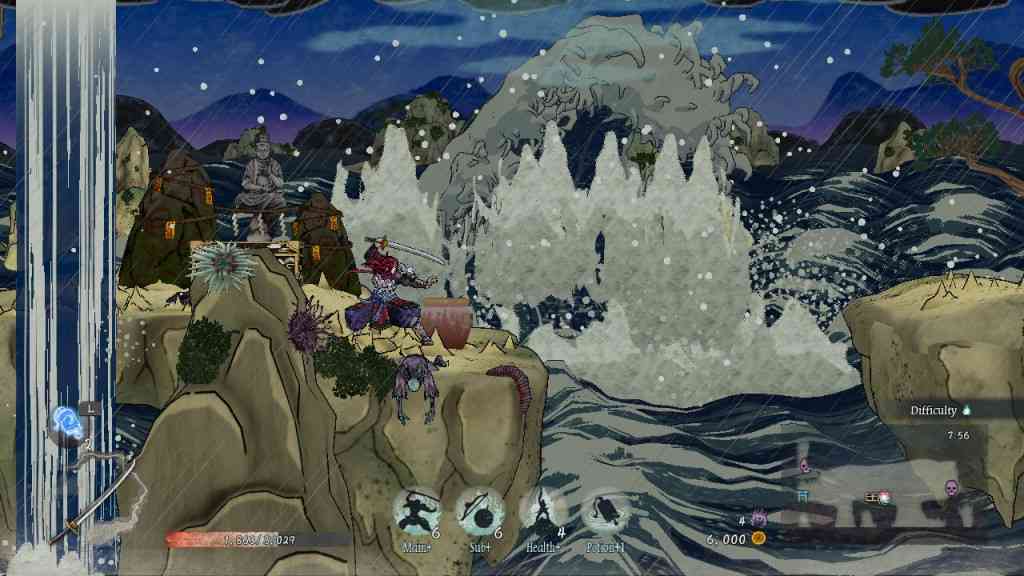 In addition to these are sub-weapons that are range-based attacks. Each with a cool down, these are diverse and open a variety of methods to attack. With the ability to hold two items at once, you can throw bombs, shoot arrows and then jump in and melee foes. Due to the number of attack options, you can truly personalize the way you slay the hellspawn.

Chop ‘Till You Drop

Enemies differ and each type possesses unique strikes. As a result, you will have to read patterns to overcome the array of creatures that you encounter. You also have the ability to roll through attacks to avoid damage and counter. This is particularly important as health items are scarce. Unfortunately, striking an opponent releases an explosion of blood which often covers tells making evasion difficult. In addition, certain foes can send projectiles which you must avoid. Strangely, some of these can pass through the environment, which means you will often have to steer clear of attacks from people off-screen.

Levels are procedurally generated with simple platform segments and a myriad of enemies. At times, characters appear on small platforms which can be difficult to hit with a long-range move. Due to this, you have to jump towards them, often taking damage. This can cause frustration because of their unfair positioning. While it’s random, certain aspects are consistent. Shops are buried within and allow you to spend the coins you collect on your run. You can purchase new items or upgrade equipment to increase the effectiveness of weapons. Some require you to use materials that you earn from slaying enemies, however, the implementation of this is quite clumsy and never truly explained. This means the collection of resources is aimless due to the lack of clarity.

Dotted throughout are portals that you can use to fast travel around the map. Although this allows you to quickly get around, it is a little needless as there isn’t any real incentive to backtrack. At the end of the level is a larger door which takes you to a boss. GetsuFumaDen shines with its boss design. Summoning the spirit of Japanese mythology, each is a visual treat that is a perfect conclusion to levels. Although death is likely at first, these battles follow traditional patterns that you will quickly learn. After your demise, you resurrect in a hub area where you can craft better items. As you retain 10% of materials, you can slowly upgrade stats to help you with subsequent runs. 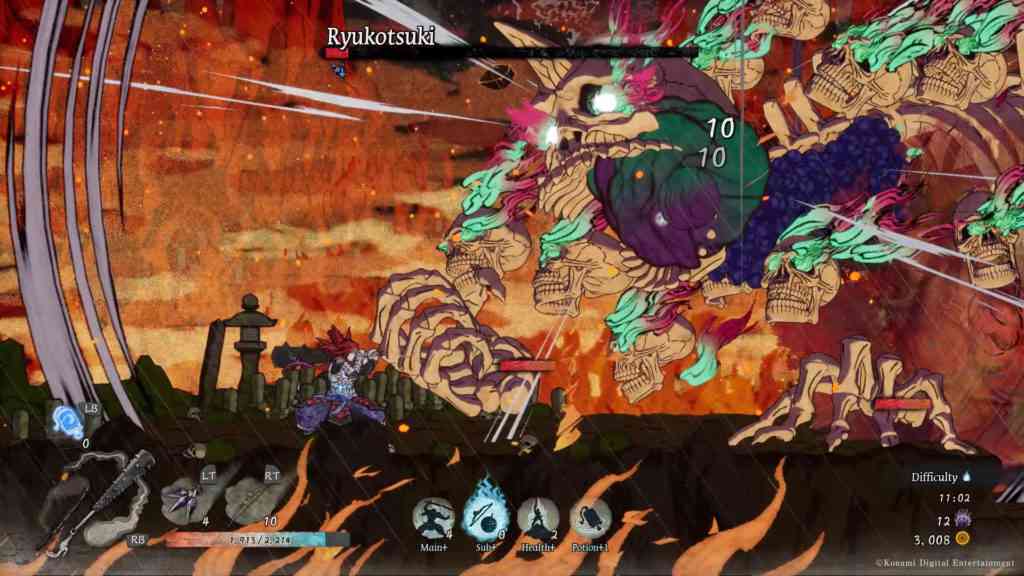 GetsuFumaDen: Undying Moon includes two difficulty options. Commoner which is challenging and holds nothing back and Apprentice which is a little more forgiving. It is commendable that GuruGuru decided to include these options as it will help people engage with the genre.

With its Japanese art style, GetsuFumaDen: Undying Moon is beautiful. Traditional designs linger in each environment to anchor the game in the narrative. Areas are vibrant and contain a ton of symbolism. Alas, there is something a little jarring with the back and foreground. While the backdrop has a lovely woodblock-esque aesthetic, the playing field has a cell-shaded effect that never truly blends.

GetsuFumaDen: Undying Moon reinvents itself through the inclusion of rogue-lite elements. However, the weight of numerous collectibles, basic combat and odd design decisions mean that the game struggles to compete with contemporaries. Although there is still plenty to enjoy for fans of the original and newcomers, it fails to cut through the competition. 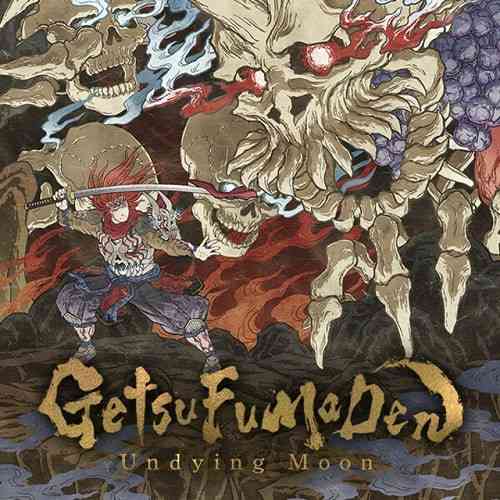