When you want to be a cute character but you also want to murder someone, Death end re;Quest 2 will fulfill all your desires. In 2020, the Playstation 4 and PC versions of the game were released in the west, and now it has been ported to the Nintendo Switch. A sequel to the original Death end re;Quest released in 2018, the horror RPG visual novel hybrid is back again with an intriguing storyline and charming characters. Although some topics turn uncomfortably heavy without much warning, the storyline is very interesting – if you can get over the potential psychological damage our fictional protagonists can face.

Death end re;Quest 2 stars Mai Toyama, a girl who murdered her abusive father. Her parents separated when she was younger, with her mother taking her sister Sanae and her father taking Mai. Upon learning that her mother was also dead, she reaches out to her social worker to locate Sanae’s whereabouts. This brings Mai to Le Choara, a mysterious town with a strange religion and no technology. There, Mai enrolls into Woodsworth to be in the same school and dorm as her sister, only to learn that nobody knew who Sanae was.

Horror RPG Stands Up to its Genre

The entire game of Death end re;Quest 2 revolves around Mai and her friends uncovering the secrets of Le Choara. Girls are mysteriously disappearing, randomly being adopted overnight, or have a fascination with the El Strain religion. Mai’s roommate Rottie has never seen a laptop before, there is no reception anywhere in town, and nobody is allowed to wander or leave the building past midnight. Sanae is also nowhere to be found, and Mai is certain the town is hiding something. 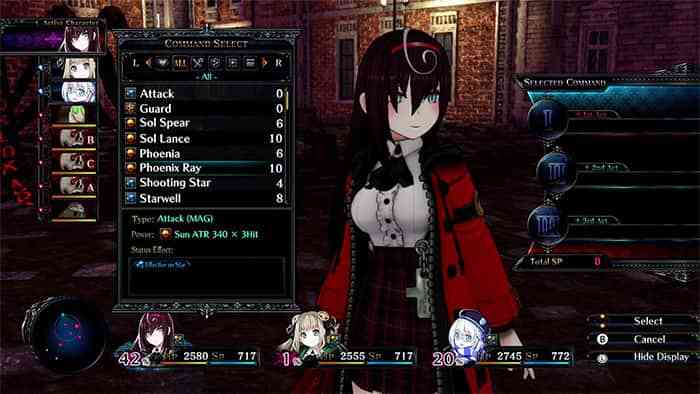 All of these mysteries surrounding Sanae’s disappearance are cleverly introduced in an engaging visual novel and RPG. The visual novel portion tends to take place in the mornings and afternoons, though the crux of the narrative happens at night. During the daytime, Mai and Rottie investigate by chatting with other characters in town. At night, they explore town again but there’s a twist – monsters known as Shadow Matter come out every evening. This is where our characters are required to fight and the turn-based battles take place.

There is always a convenient reason to be outside in the middle of the night, so expect a lot of battles and wandering around. For those new to Death end re;Quest, instructions will pop-up each time a new action is introduced. This is handy as a quick overview of what your characters are capable of, however not much is explained and it’s implied you already know what to do.

Death end re;Quest 2 does not shy away from heavy and dark themes. Topics of child abuse, manipulation, and demonic cults are littered throughout the 20-hour game. As a horror RPG with young anime girls killing monsters and witnessing murders, nothing about how the story unfolds is for the faint of heart. Although a disclaimer at the beginning warns players of what they may experience, a more detailed trigger warning may be appreciated by the wider gaming community. 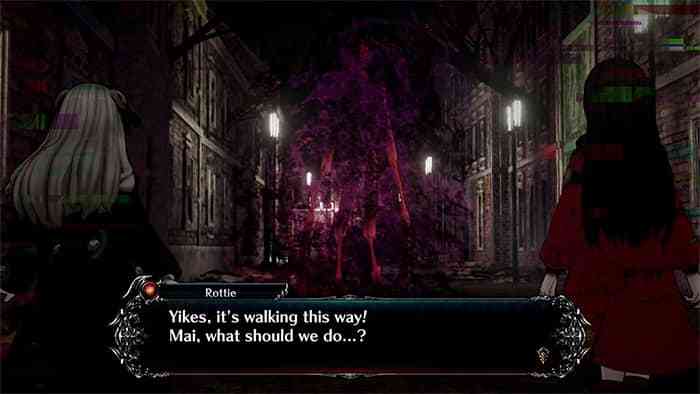 Character development is there but it is light. As an example, your typical stoic protagonist softens up, the childish friend matures, and the gentle friend becomes braver. These characters could have been explored more as they each experience something horrific in the game. Sadly, their trauma is either forgotten or pushed under a rug. I know this is a work of fiction but it doesn’t feel relatable when someone commits their first murder and wakes up the next day as if nothing happened.

Switch Port Does Not Encourage Portability

While a Nintendo Switch port means you can bring the game on your travels, there is no guarantee you will enjoy it. This is because the graphics are questionable. The movements are already clumsy when docked, so you can imagine what the handheld experience is like. It’s unfortunate because I really enjoyed the turned-based battles and looking for loot, but the visuals made the adventure less enticing. The audio quality also wasn’t the greatest – sound effects were randomly loud and some voices were too shrill. 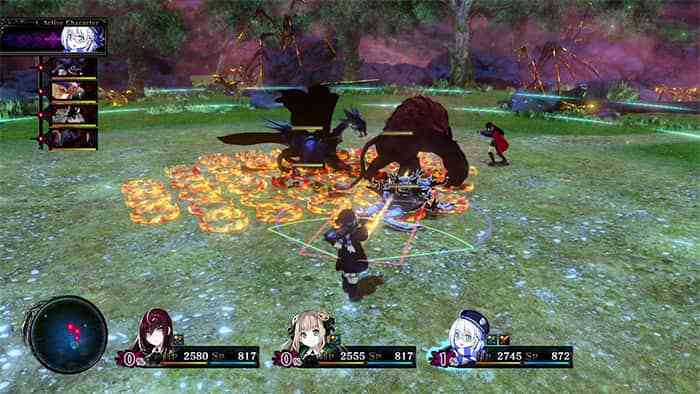 Nevertheless, once we get to the visual novel portion of the game, the graphics are crisp and the story is easy to follow. The dialogue is fully voiced and the beautifully drawn characters aren’t afraid to give us fanservice. One minute two girls are all over each other and the next minute they are killing each other. Death end re;Quest 2 combines magical schoolgirls with violence and gore, making for a surprisingly delightful game.

Death end re;Quest 2 was an excellent visual novel with an addicting RPG portion as well. While the sequel does a good job at telling a new story, there are some things newcomers might miss. At the same time, you don’t need to know what happens in the first game in order to excel. Death end re;Quest 2 is perfectly fine as a standalone game and would be even better if they explained the background more. I really liked the game and I appreciate the Nintendo Switch’s portability, but the visuals fell short of spectacular so it only just barely satisfied my RPG cravings.