With the market overrun with plenty of 3D adventure platforming puzzle games, it can be really easy to miss the next upcoming title in this genre. And in a time where some may be spoiled by nice high-quality graphics it might be a bit easy to overlook Busy Toaster’s title, Georifters. While the graphics are not something to write home about, aside from a few decent looking models, there’s a few things it does do right which makes it a decent title for fans of the genre, and especially so for young kids and families.

We start off our adventure with a sweet and happy go lucky little lady named Candy who comes to learn that an unstable rift has opened up. Alongside Chief, we learn that the rifts are unstable and bringing in waves of nasty Buttflys to mess up their sugary lands. You’ll travel across 6 different worlds and will meet new playable characters while completing over 30 different levels.

The main adventure can be played either solo or you can have a friend join in for some couch co-op fun. You’ll be playing through 10 different stages per level which will require you to collect crystals. While you may find a stage with multiple crystals, you only need the first one in order to unlock the portal to the exit. To get to these crystals, you’ll have to move and manipulate the world to move the brown blocks to find our shimmering gem behind them. But if you find a red block, don’t fall in! These ones will lose you a life and force you to restart the level if you hit them too many times and the same goes for the energy-zapping spiked blocks.

Look at That Schnoz

The rest of the game kind of keeps this going all throughout, which isn’t a bad thing but it does tend to get repetitive after a while. But luckily to take us out of that cycle of recurring gameplay, every character we meet and get to play as comes with their own unique power. Candy can blast things away with her Bubblegum Cannon while Dr Schnoz can create new pathways by vertically separating paths. 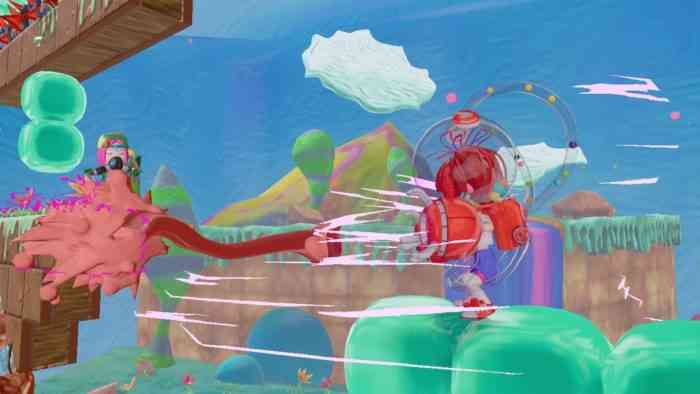 Georifters implements a power bar system where three pushes of a block will drain your battery forcing you to wait for it to recharge. Granted the time waiting for your power to replenish isn’t long, it can take you out of the experience as you wait for it to return, not to mention this can become quite frustrating for the special rift levels. Special level rifts will pop up from time to time and requires players to complete certain tasks within a stricter time period. I ended up not doing a majority of the special rifts due to having to wait for my battery to recharge, however I found as I continued to play, the game would implement more timers. This is absolutely fine but when you have your main action limited to three manoeuvres in a row, forcing you to wait, it can certainly take you out of the experience. But luckily if you’re playing with a friend, having to wait for your power bar to recharge doesn’t feel as tedious as you both aren’t losing power at the same time. 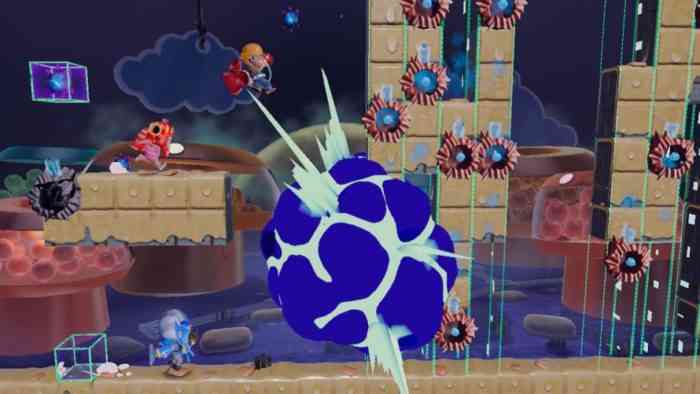 If you have even more friends and family who want to join in on the fun, there’s also Battle Ground mode for up to 4 players. Here you’ll have a wonderful arsenal of bombs, stun grenades and other weapons to duke it out and see who can collect the most crystals first. I found this mode to be a lot more enjoyable as I could play with a few of my friends at once and we had a broader range of weapons we could use on each other. There are also options that can be customized that allow the player to change up the number of rounds and the amount of health for each competitor.

The art style is bright and vivid if not a bit rough-looking but passable. The character models look a bit strange, especially the faces which have a bit of a scare factor. Luckily we aren’t viewing the characters that close up all that often so it can be easy to forget about. We might not be able to fix their faces but luckily for us, all seven heroes are customizable. As we progress through Adventure mode we can gain and unlock new features so this at least gives us a bit more of a motivation to push forwards. 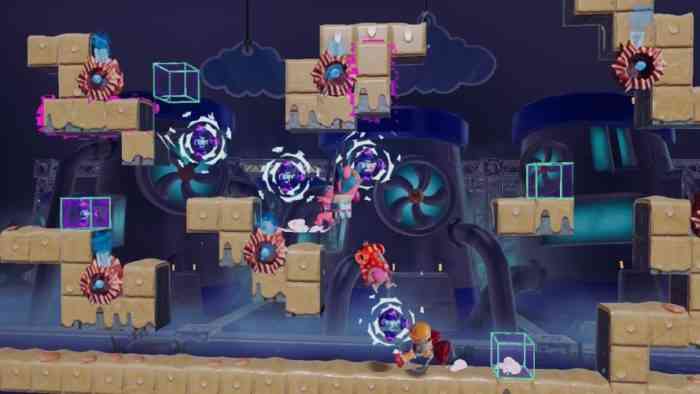 Georifters has good things going for it but it definitely needs some tweaking, especially for veteran fans of the genre. That said, I would certainly recommend this game for families, especially those with young kids as the art style does feel like it caters to children more. Adventure mode can be a fun couch co-op experience but I wouldn’t be surprised if Battle Ground mode would be the one played more often. 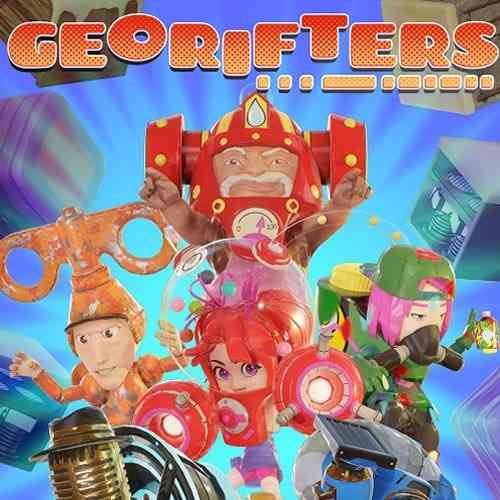