Reviewing the 2TB Gears of War 4 Xbox One S Limited Edition console is not an easy task. I mean what do you compare it to? It’s obviously better than the original Xbox One based on specs alone. 4K streaming, HDR support, Blu-Ray player, and an internal power supply all easily point to a console that beats the “old” Xbox One hands down. So do we compare it to the white Xbox One S? Well, that seems a bit silly because it’s the same console but with a Gears of War 4 theme and design. How about a PS4? We can compare the two, but again the Gears of War 4 Xbox One S wins again. So I tell you what, I am just going to tell you about this badass console by discussing the things I liked and the very few things I didn’t like. At the end of it all I’ll give you a score. Sound like a deal? Okay, let’s get to it. 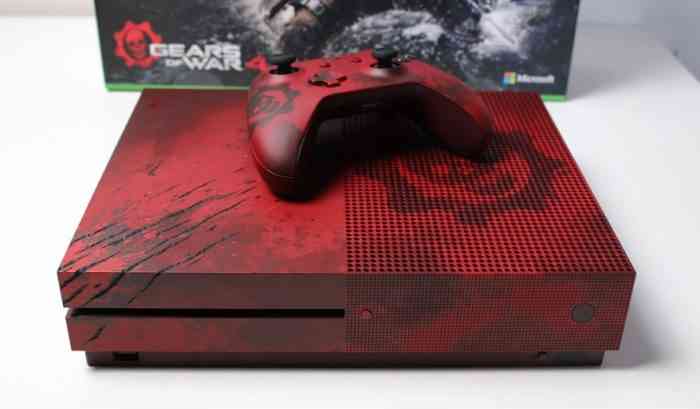 First thing first, you might be wondering what you get with the bundle. In addition, to the 40% smaller than the original Xbox One console and controller (which I detail further below) included in the box, you will find the Gears of War 4: Ultimate Edition for both Xbox One and Windows 10, with early game access; Xbox 360 Gears of War Collection full game download (playable on Xbox One); exclusive weapon and character skins; unique multiplayer lobby emblem; six Gear packs; and a Gears of War 4 Season Pass, featuring exclusive Vintage VIP Packs. For the suggested retail price of $449 USD (or $549 CND), it is pretty good bang for the buck, especially if you were already in the market to pick-up a new console and the game.

“The 2TB beefy hard drive is great and not having to use a portable hard drive anymore is a dream, but the design of the Gears 4 Xbox One S is truly the selling point.”

The 2TB beefy hard drive is great and not having to use a portable hard drive anymore is a dream, but the design of the Gears 4 Xbox One S is truly the selling point. The console looks amazing and looks as if it was lifted right out of the game. The etched in scratch marks create a bit of realism and look as if the console was involved in a confrontation with Gears of War 4’s new enemy, the Swarm. The Crimson Omen logo on the top of the Xbox with the Phoenix logo on the bottom is also a nice touch. Whether you decide to have the console stand vertically or laid flat, the Gears 4 Xbox One S will look stunning regardless where or how you place it. I would think even those who aren’t Gears fans will appreciate the detail that went into this sucker.

The custom Gears of War 4 sounds when you turn the console on, off or eject is also pretty slick. You can hear these sounds in action by watching my unboxing video (seen above) which COGconnected’s video editing whiz Paul Sullivan put together earlier this week. It is certainly a nice touch and you cannot help but smile the first time you demo these sounds in action to your best bud.

Unfortunately, I am currently not able to take advantage of the consoles HDR capabilities but I have no question Gears 4 would look incredible on an HDR supported TV. The game was made with this in mind and when I save up my pennies, I will be back to tell you how good it really it is. 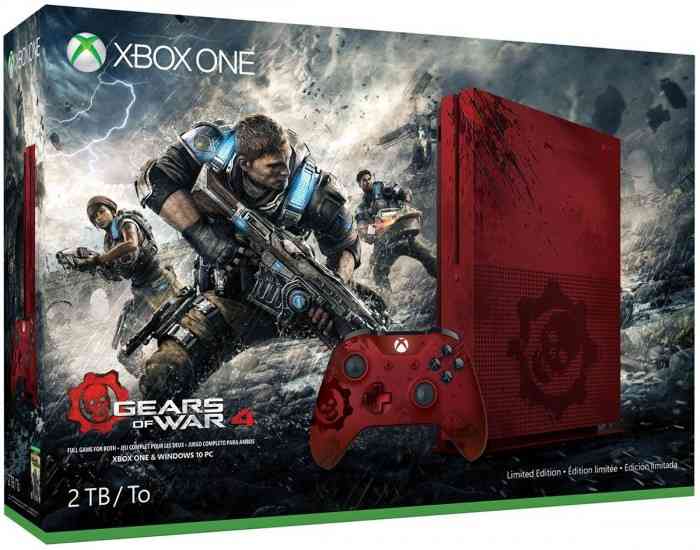 As I mentioned, the Gears of War 4 Xbox One S bundle will cost you around $449 USD (or 549 CND) making it the most expensive Xbox One on the market. Yes, it’s not exactly cheap but there are a few things you should keep in mind. The white 2TB Xbox One S that was released not too long ago will cost you $50 bucks less ($399 USD). So for an extra $50 bucks not only do you get this slick looking Gears Xbox One S and controller, you get the game, Season Pass and all those extras that are easily valued far more than $50 bucks. While there is no doubt the Gears 4 Xbox One S bundle is expensive, but when you consider the other options available this bundle is decent value.

So would I recommend this Gears of War 4 Xbox One S bundle to someone who is not a Gears of War fan? Actually, I would. I mean if you have no desire to play the game at all, then yes, this bundle is a waste of your time and money. But if you have been sitting on the fence, have been wanting to give the series a spin and you need to upgrade your home console, you can’t go wrong by picking up the best console that is available in the market right now. It’s a superior package and one Microsoft and The Coalition can be very proud of. 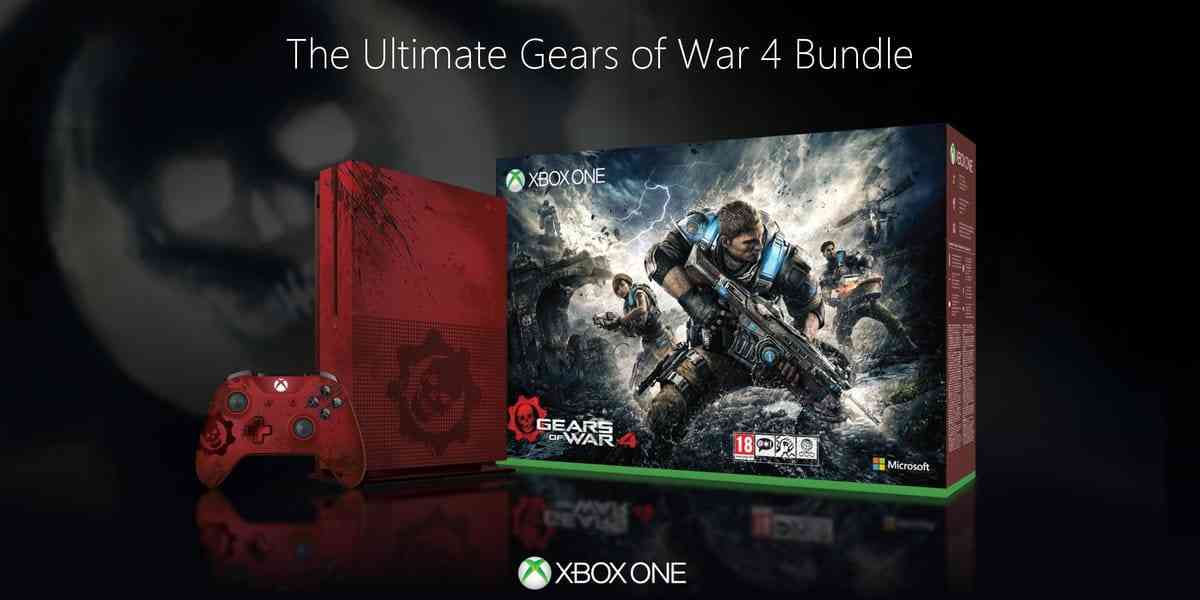