I’m a sucker for city builders and building sims. Whether I’m building the city of the future, a theme park or a dinosaur zoo, I’m a happy camper. Frozenheim is two parts city builder, one part RTS. But is this Viking themed sandbox fun to tinker around in?

Maybe because it focuses so narrowly on one culture — albeit a rich one — Frozenheim starts with an abbreviated, 16 scenario campaign. That sounds expansive, but the missions are short and primarily act as tutorials. The campaign explores the game’s four animal-totem clans over four “sagas.” You would think that a Viking-themed story would highlight dramatic, powerful heroes, but there are no such figures. Mostly, the campaign introduces the different buildings and production mechanics, the impact of seasons, plus the small-scale skirmishes that will be part of the scenarios later. The story gets the job done, is inoffensively forgettable but just a little abstract. After the game’s introduction, there are no additional narrations or voice actors.

Mission objectives begin simply, like forging a path through the wilderness to reach camp, but gradually become multi-part sequences that often focus on repelling raiders or fending off the punishing effects of winter while also defending the city. Combat is a little messy and animations are pretty basic. Units also require a fair amount of micromanagement. There’s naval combat, too, and it has continued to improve through Early Access. 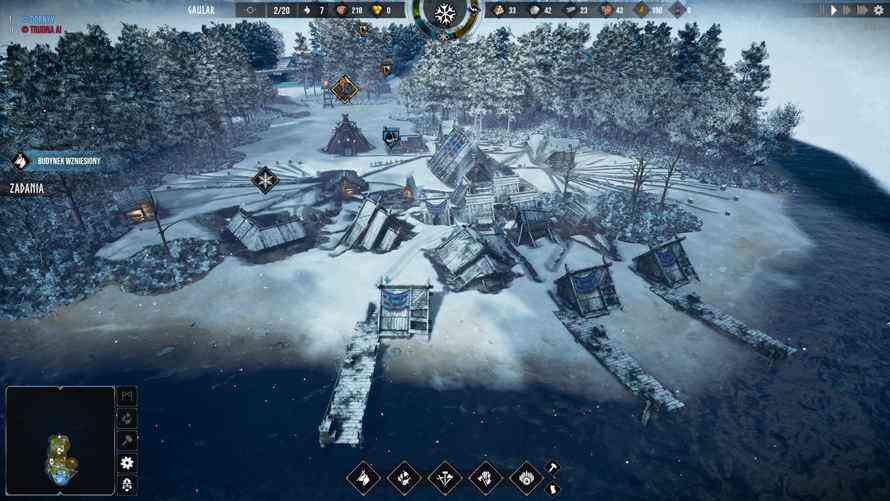 But combat and the campaign really aren’t Fozenheim’s strength. City building is where the game shines.

Once past the campaign, there are several other ways to enjoy Frozenheim. There are scenarios that include combat as well as building and survival elements. You can also turn the combat completely off and focus entirely on crafting your Viking village.

If you’ve ever played a traditional city builder like Age of Empires, you know the drill. You start with a longhouse, which acts as your city center. There are structures to gather wood, harvest edible plants, quarry stone and fish. You build houses, sacred temples, farms and markets. The more resources you collect, the more you can upgrade existing buildings and construct new ones. Your little hamlet grows in population and sophistication. I mean, you’re never going to be building nuclear power plants or aiming for the stars. Frozenheim is rooted in one historical period. 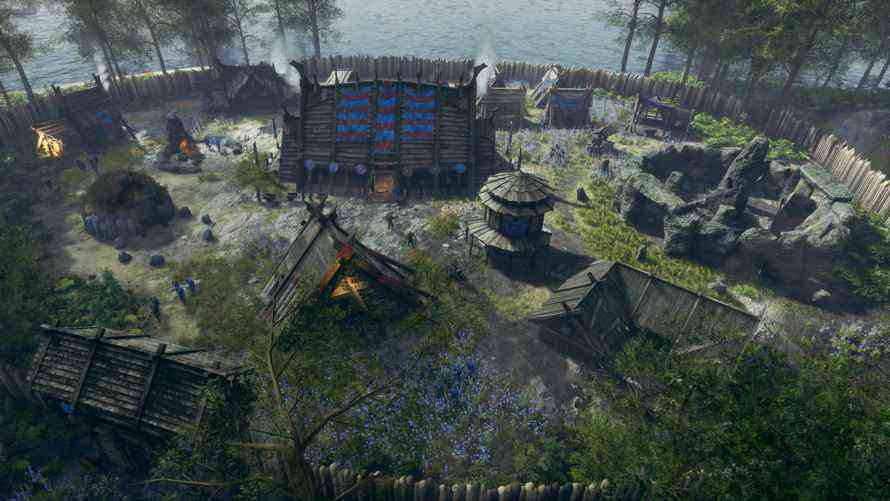 However, you will be faced with the challenge of survival through a harsh, long winter. This means you need to have enough resources, primarily food and fuel. People need to be fed and not be discouraged. Preparing for winter creates a strategic challenge. Do you expand and advance the city, or squirrel away consumables for later?  The moment-to-moment rhythm of Frozenheim is chill and relaxing, but it’s entirely possible for a village to wither and die due to poor planning and management.

Frozenheim looks great, with sharp textures and a lot of zoomed-in detail. Day-to-day life has character, and villagers have a variety of animations as they go about their daily tasks. On the other hand, there isn’t a ton of environmental variety. However, the changing seasons paint the world with new textures and really change the look of the village. There is also a pretty wide range of options for optimizing performance and graphical richness.

Environmental audio is relatively understated but well done, as is the Viking-themed soundtrack. Overall, its aesthetics are one of Frozenheim’s strongest elements. I’ve always considered a map or scenario editor to be a fundamental requirement for RPGs and city builders. Alas, Frozenheim is missing this feature, which would really extend its shelf life. Although it has continued to evolve during Early Access, the game still has a few glitches and graphical bugs. 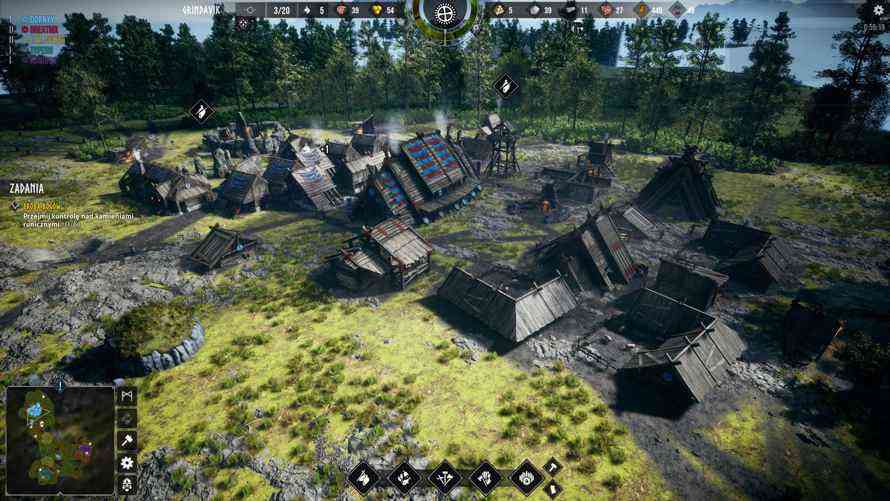 I really enjoyed Frozenheim back when I previewed it in 2021, and much of what I liked is even better. Most of what I disliked is still there, too. Frozenheim is a well-made city builder that focuses on one historical period and culture. Its story and RTS elements still feel undercooked, not bad but not as fully realized as the construction sim aspects. With a short campaign, no scenario editor, and sandbox experiences that always play out sort of the same, a long term relationship with Frozenheim is difficult.