Ah! To be a Viking! The sound of the oars, the swill of mead in your goblet, the longhouse alive with tales of conquest and plunder. Sometimes it feels like Vikings have become the new zombies, ever present, especially in video games (note to developers, when you release your Viking zombie game, I want a cut). Into a very crowded party comes Frozenheim, a combination platter of city building, real-time strategy and a few role-playing elements as well.

Still in early access, Frozenheim begins like an RTS, with a small band of warriors breaking camp and bound for their main settlement. The first mission is an extended tutorial, where the player figures out the basics of movement, exploration, combat and construction. Pretty early on, gameplay splits between beefing up your settlement in most of the usual ways we’ve seen in building games, and questing to various places on the map. Despite the emphasis on a relaxed pace, raids on your settlement are common. In the second mission, you build a small naval force and set off on a quest for a magical rune, while swatting away a swarms of enemies that impede your progress. Since both city builders and RTS games have been around a good long while, what in particular does Frozenheim hope to — or already — bring to the genre?

Eventually, there will be an extensive campaign, single player skirmishes and multiplayer matches and what’s been released so far gives us a pretty good idea of what Frozenheim is all about. At the core of the experience is its city building, which aims to be a chill, relaxing good time as you create the ultimate Viking village of happy citizens and strong warriors. Frozenheim’s secondary focus is on its real time strategy elements and combat. 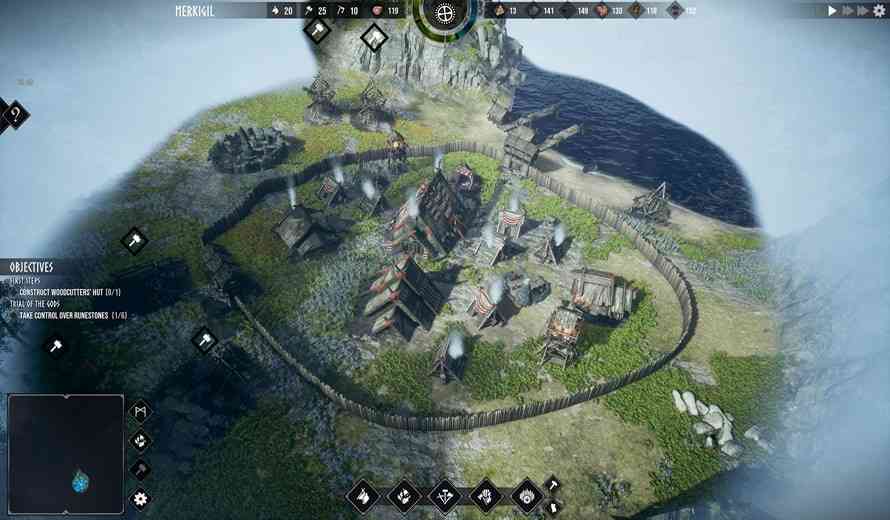 The city building part of Frozenheim will be familiar to veterans of the genre. You collect resources, assign workers to various construction and havesting tasks and move up the tech tree, which is pretty extensive and deep and can definitely be the chill experience the developers were shooting for. While Frozenheim certainly borrows liberally from earlier games in the genre, there is still a good deal of finding and assigning workers to tasks, as the AI populous would rather stand idle than take the initiative (I can relate). At least at this early stage, mission and building objectives are clear but not always the path to get there, and the construction part of the game needs a bit more in the way of tutorials or pop-up tool tips, though most of the information you need is there if dig a little.

The combat side of Frozenheim includes both land and naval combat, though the latter is still suffering from some bugs and graphical issues. Warships and different units can be upgraded as the buildings that house them become more elaborate, and units also have special abilities. There are three skirmish maps and they do a good job of showcasing Frozenheim’s strategy game potential. At the moment, combat feels a little rudimentary and unsatisfying compared the the city building parts of the game. 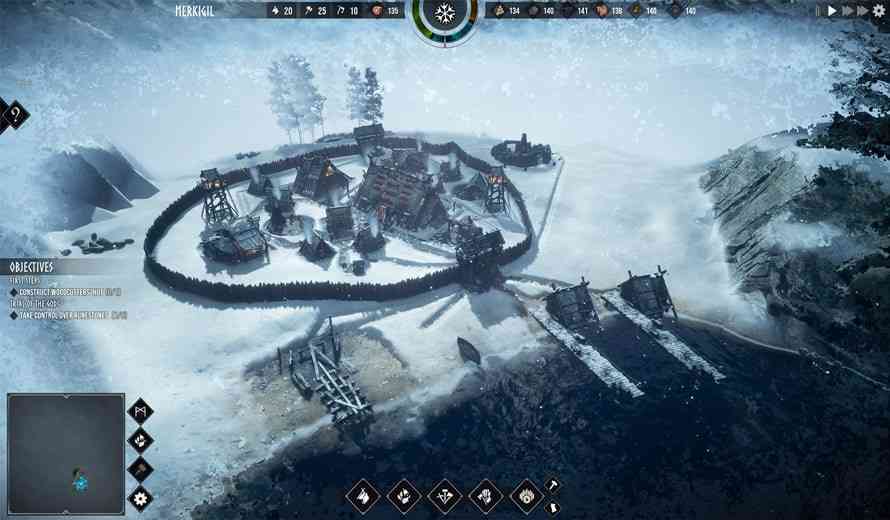 Frozenheim looks polished, with a lavish amount of environmental audio and graphical detail that really captures the feel of the Viking north. There’s even a photo mode that allows for all sorts of fine control over capturing images. A couple of things about those lush environments frustrate, though. It is very difficult to see units and control them as they disappear into the foliage (despite the unit outline), and the game’s fog of war obscures all but a claustrophobically small area when exploring, making pathfinding outside of its narrow range more difficult than necessary. Ironically, Frozenheim’s environments often have too much small detail without enough contrast, and it can be visually fatiguing to comb the landscape for information.  Musically, Frozenheim’s score by Tom Acrofear is off to a brilliant start, with moody orchestral tracks that captures the ancient melancholy of the world. At this point, though, there simply isn’t enough of it, so tracks can become repetitive. I look forward to hearing the complete soundtrack.

It’s hard not to happily anticipate a city builder that leads us down a different path than others in the genre, and the combination of the Viking setting and RTS elements give Frozenheim a little more complexity and value. At this early stage, it looks great and many of the elements are solid and already fully realized. Added content and technical polish will sweeten what is already a game worth playing.

***PC Code provided by the Publisher*** 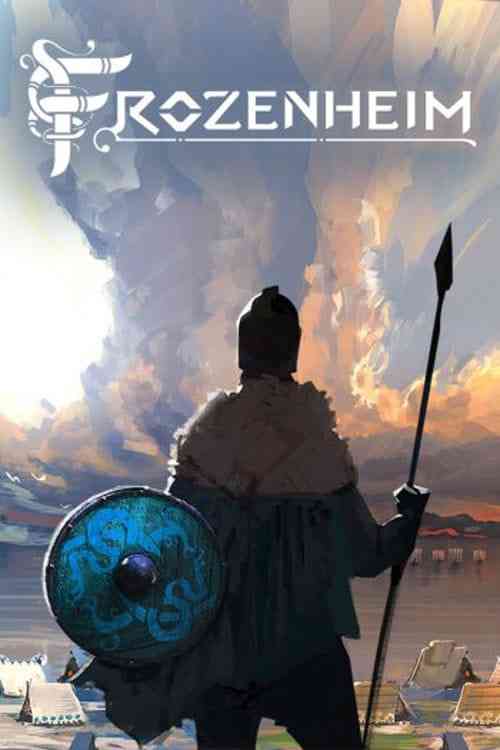 
The Valiant Shows Off Playable Heroes With New Trailer

Hooded Horse’s Fata Deum Has Been Delayed Into 2023
Next Going Medieval is a Peaceful Trip to The Dark Ages
Previous The Dark Pictures Anthology: House of Ashes Will Be the Series’ Best