Two Shots of Happy, One Shot of Sad

After playing through and thoroughly enjoying ‘3 Out of 10: Season One,’ I figured I’d had my fill with these interactive movie-style games. But Cyanide & Happiness: Freakpocalypse (CH: F) poked me from the get-go. The second I saw its launch trailer, I knew I had to play it. I knew nothing of the source material, other than the humor often being compared to South Park’s. It didn’t matter, though, because developer Explosm had done a terrific job in selling CH: F as a sprawling, action-packed adventure. At points, it is!

Though, what you see isn’t always what you get. CH: F does a few things flawlessly, but I’d bet the last shred of happiness I have on how you’ll feel once the credits start to roll. You’ll sit there, scratching your head, confused as to where the rest of it is.

Our protagonist – teenager Coop McCarthy – doesn’t necessarily have a story you haven’t heard before. Coop is an enormous loser in the eyes of his teachers, peers, and parents. Routinely the subject of ridicule and merciless beatings, Coop dreams of one day breaking out of his shell and becoming the hero he envisions himself as. It’s a run-of-the-mill premise as far as originality goes, I’ll admit. Though, I found myself quick to forgive the writers right around the time I was tasked with finding yeast to help brew prison-toilet wine and finding said yeast in the girl’s bathroom.

This Seat Is Taken

CH: F had me giggling from start to finish. It’s crude. It doesn’t care about your feelings – and I love it. The pace at which the jokes are delivered rarely falters, and as such, I was never waiting long for the next batch of laughs to begin. The humor won’t be for everyone; so much of what sells the Cyanide Happiness property as a whole is its willingness to push sensitive people to their limits, after all. But for folks that don’t see red at the site of a pancake mix logo, I’m fairly confident in saying there will be at least a few moments in CH: F that will put you in stitches. I just wish there was more of them. 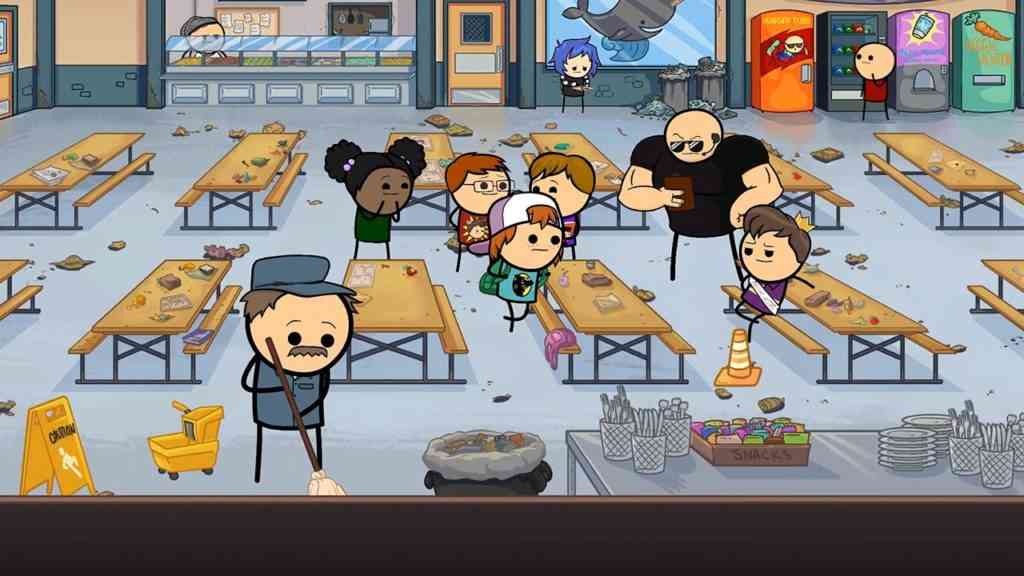 I may not have rummaged through every clickable tidbit that CH: F has to offer, but I went through a substantial number of them. Even still, my playtime didn’t pass four hours. Others may squeeze a few extra drops out, but you’ll be hard-pressed to get more than that. The story that’s here feels like much of a “calm before the storm” situation, and if that’s the case, I can’t blame the developers for following through with their vision. However, this first installment ends with a bang, and Explosm is in an interesting position to build an entirely new type of game based on this finale. They’ll have to, because if the sequel plays like CH: F, Coop may be out of a job.

After wracking my brain, I can’t remember a single objective that wasn’t some sort of fetch quest. There may be a puzzle sprinkled in here or there, but they’re embarrassingly simple and never feel like anything more than a slight speed-bump in your mission. If Explosm took the time to create puzzles that required an iota of brainpower, they probably could have extended the runtime by a few hours. If puzzles weren’t a possibility, they should have drummed up a few different mini-games—anything to give the player a chance to feel as if they’re doing something new. Lesser games would have crumbled under this pressure, but to my surprise, CH: F manages to hold up due to some stellar optimization.

Yes, you’ll be doing the same thing over and over again. But, at the very least, CH: F runs immaculately on the Switch. The art style is simple yet bright and beautiful and genuinely comes to life once in motion. Whether you’re in docked or handheld, the framerate remains consistent, with only a stutter here or there. I was worried that the Switch wouldn’t be able to handle CH: F as well as it does. I know that sounds silly, but I’ve seen games that look so much worse absolutely cripple the system. It’s not always unique or challenging, but damnit, CH: F is a shining example of how every Switch game should hope to perform.

Cyanide & Happiness: Freakpocalypse isn’t going to blow you away. It’s certainly not going to have you reaching for the medicine cabinet, though. I suppose much of what you get out of CH: F will depend on your ability to take a joke. The gameplay won’t be what keeps you coming back, but Coop’s story has much left to be told, and I’ll be there for the sequel. The rub is that if Explosm doesn’t bring their A-game for episode two, I’ll probably take a swing at Coop, myself. 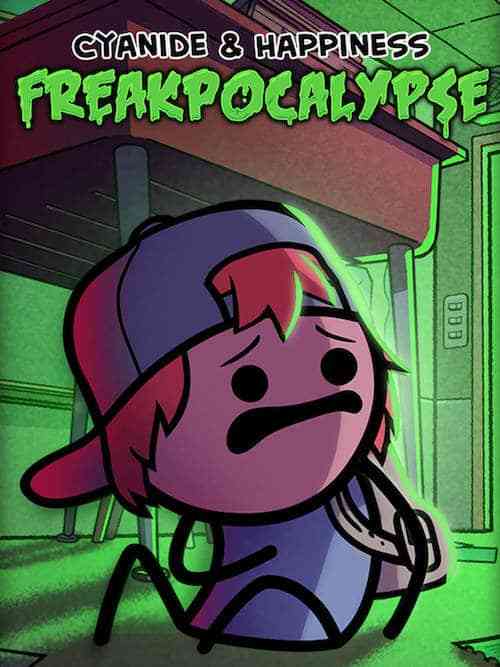 Zenith, Action RPG, Battling to Nintendo Switch in August
Next Plants vs. Zombies: Battle for Neighborville (Switch) Review – Simple Chaotic Fun
Previous The Uncertain: Light At The End Review – Stuck In The Middle