From African Savannas to the Himalayas, the Far Cry Franchise has ventured us through many diverse locales, and this time it takes us beyond the stars to the Red Planet itself in Far Cry 5‘s Lost on Mars DLC. As the second of three known expansions headed to Ubisoft’s latest sandbox adventure, this was the one I was looking forward to most. I love Far Cry 5, and the idea of blasting extraterrestrial arachnids across foreign dunes sounded outrageously fun. Though there’s undeniably some enjoyment to be had, Lost on Mars, unfortunately, fails to deliver in more ways than one.

Earth lies under the threat of an imminent alien invasion. Everybody’s favorite, or, maybe not so favorite redneck, Hurk, decided to take matters into his own hands and head the bastards off on their home turf all on his lonesome. Sadly, for our sake, he falls short of conquering the threat at hand, loses every part of his body except for his head, and calls upon his ol’ pal Nick Rye for support. You inhabit the role of the adept pilot as you assist your friend in retrieving his body parts scattered across the planet and ceasing the alien invasion. Naturally, the story is as ridiculous as it sounds. While Hurk’s endless string of jokes doesn’t land consistently, he serves as a fun ally during your quest across the infested plains of Mars.

My adoration for the Far Cry franchise stems from the unpredictable nature of its sandbox settings and the option to approach any situation as I see fit. For example, in Far Cry 5, it’s not uncommon to share a conversation with a joyous NPC moments before a savage wolverine attacks them amidst the onslaught of a Peggie convoy on the side of a mountain. It’s also nice to arm myself with a series of weapons that support my ever-shifting play style. To my disappointment, Lost on Mars strips away those elements of gameplay and ultimately feels like it takes a significant step back. Remember the tedious nature of climbing all those towers in Far Cry 3 and 4? Believe it or not, scaling towers is one of the primary objectives in this expansion. 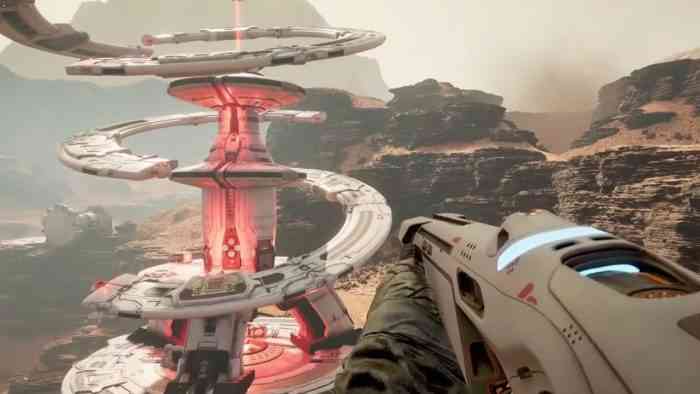 Admittedly, it’s not as dull as it sounds. Albeit minimal, this expansion features a unique set of mechanics that moderately alleviate the lackluster gameplay. Mars has low gravity, and Nick’s space suit is equipped with a handy hover ability ripe for blasting aliens from the starlit skies. Along the way, you garner more zany gear including an invisibility cloak, power gloves, and shield ability called the Cock Blocker. Long leaps to and from rocky surfaces to avoid the sand-dwelling arachnids innately reminds me of my love for Tremors, and brutally punching them off cliffs is undeniably enjoyable. However, Nick’s alien weaponry leaves much to be desired. Unlike the diverse functions and designs of Blood Dragon’s weapons, Lost on Mars’ guns all appear nearly identical and don’t feel particularly satisfying to shoot. Sure, they all blast lasers and one even fires a beam that turns aliens into cows and chickens, but I quickly grew bored of the firearms at my disposal; primarily due to the shallow enemy variety.

In a typical Far Cry open world, you’ll face off against enemies on foot and in land, air, and sea vehicles. Each of the situations on their own or combined provide unpredictable and fresh combat scenarios. Lost on Mars aliens look great, but they mostly feel similar regarding ways they attack. Whether they’re charging you head on or expelling acid that temporarily disables your weapons and gear, combat encounters feel a bit stale. It’s fun to incorporate your abilities to damage their weak spots, but the enjoyment swiftly fades when you’re repeatedly climbing towers and engaging in repetitive battles with alien queens. Lost on Mars attempts to mix it up with wave based encounters within various robotic simulations, but those types of missions aren’t at all why I play Far Cry. 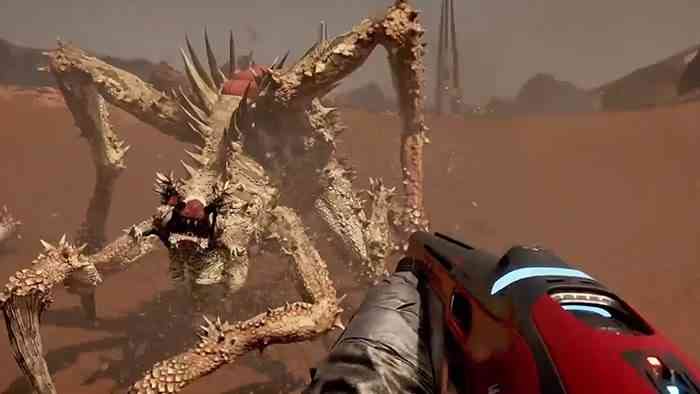 Perhaps I’d expected too much. I imagined equipping a badass space sniper, or maybe a space bow and stealthily liberating alien bases. I thought we might have had the chance to shred the Red Planet in a variety of vehicles including some sort of an alien plane or saucer considering Nick Rye’s a pilot. I wanted the freedom to approach objectives in classic Far Cry fashion but was instead confined to a set of mundane objectives armed with uninspired weaponry. In the end, I’m grateful that Ubisoft was willing to try something new, and I fully understand there’s only so much you can do with a single expansion, but I don’t believe I was wrong in hoping for more. Hurk provides some hearty chuckles, and Nick’s got a great set of mechanics at his disposal, but I’ve nearly already forgotten the time I spent with Lost on Mars. It’s worth the $10 price tag for the standalone experience, but if you’re on the fence with this one, you won’t miss anything should you choose to pass. 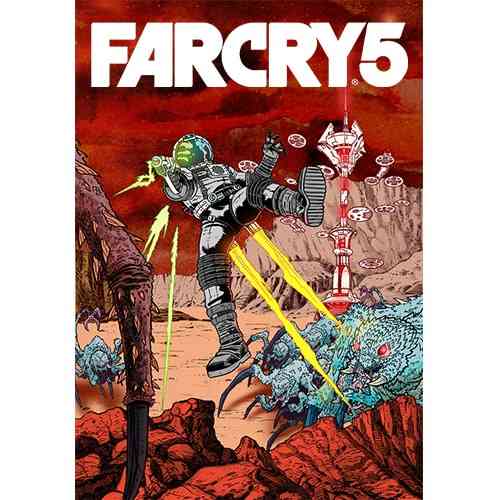