The X series of Mega Man games are relatively strange beasts. Unlike the original series, Mega Man X went through some pronounced changes from one entry to the next. Each generation can be cleanly divided by graphics, mechanics or overall design. The Mega Man X Legacy Collections look to preserve and accumulate this complex history while offering new experiences along the way.

Assuming you don’t already own each one of these games, there’s a certain appeal to having them all in one convenient location. The extras and the new X Challenge mode are an additional bonus, especially if you’ve already mastered each of these bosses in their usual habitats. The Rookie Hunter mode is great if you’re something of a scrub (like me!), although I twist up my guts at the thought of turning it on. Perhaps it’s nothing more than a pleasant fiction, but the fact that I’m able to beat X1 has me convinced that I can master the other entries without extra help. I can’t, but I’m comforted by the idea.

At first, I was a little miffed about Capcom’s continuous need to divide these collections in two. However, time has changed my mind on this issue. All of my nostalgic allegiance is with 1-4, whereas I can barely look at 7 and 8. I have no strong feelings on 5 and 6, which doesn’t make a great case for spending money on them. If anything, I want every game sheltered under as few titles as possible, simply for the ease of accessibility.

The main course, in terms of new content, is X Challenge mode. A greatest hits compilation of Mavericks from throughout the series, X Challenge is a great way to sample some bosses you’ve never met. In doing so you’re almost certainly setting yourself up for failure, however. These fights are tough enough when you know everyone’s weaknesses, which I did not. Although this collection has inspired me to play through as many of these games as I can, this is a rather long-term project. Really, the best way to tackle this challenge is after you’ve actually beaten all of the games. 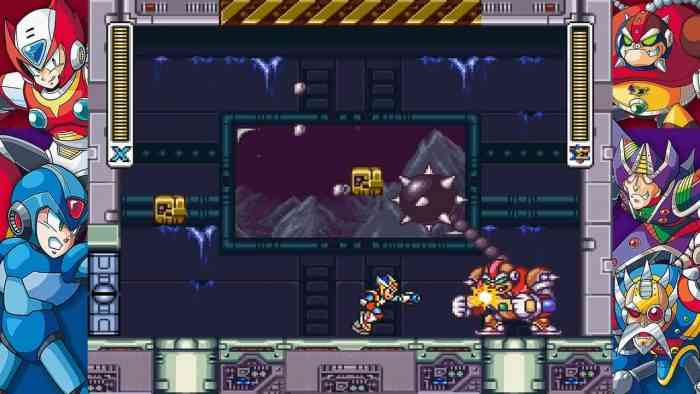 Eventually, I caved and tried out the Rookie Hunter setting. I spent a little time gliding through 3 before realizing that this is just too much power to rely on. Rather than a helpful boost, Rookie Hunter mode turns you into a vengeful god brushing insects off your face. If you’re looking to take a tour of the games without stopping to breathe than this is perfect. Otherwise, I can’t recommend turning Rookie Hunter on. Although, even now I can see myself activating the feature in a fit of rage, especially after spending some time with Mega Man X7 and 8.

I love Mega Man games to an irrational degree, yet X7 and X8 scraped at my innards immediately. Whereas previous entries feature precise combat and economy of input, these two games are mindless expulsions of toothless violence. You spend entirely too much time mashing the blaster key, shredding endless waves of cannon fodder before moving from one screen to the next. Movement is either clumsy or graceless, boss fights are muddled, and aiming is somehow impossible in the 3D segments. Assuming I ever touch either of those two games again, I’ll likely take any advantage I can to move things along.

Don’t let my lashings at the last two games catch you off guard, though. These collections feature fantastic controls across the board. Input response (on the PS4 version at least) is lightning fast. Mega Man X is my go-to game when I’m testing input lag and control fidelity. Playing that game for this review was snappier and more responsive than it’s ever been, with the exception of the original SNES release. I can’t speak to the other versions with the same veracity, but the PS4 version is exemplary. You’d be hard-pressed to find a better port of these games, control-wise.

Mega Man doesn’t represent my childhood in any meaningful way. While I knew of these games, I hardly touched them until I was an adult. Any nostalgic shine they have for me is tangential. They look like the games of my youth, but for the most part they aren’t the games of my youth. So believe me when I say that these are (mostly) excellent titles. At the time this is being written, you can only grab them as a bundle on PS4, whereas the two games are being sold individually everywhere else. If you’re no fan of the last or the first four games, skip the PS4 version. However, the controls I dealt with were so good I want to recommend the bundle regardless. Controls aside, this might be one of the first collections I’ve acquired in a long time where I’m almost compelled to finish every game. If you’ve no experience with the X series, or if you missed out on a lot of these titles, the Mega Man X Legacy Collections are a terrific investment. 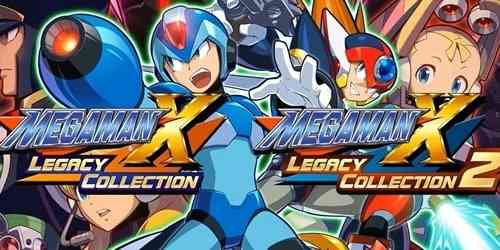