The lifeblood of sports is the dawn of a new season. New players arrive on the scene. Rising stars are eager to resume their upward trajectory. The elite stand ready to reassert their dominance and take on all challenges – old and new. Yet at season opening, hope springs eternal. It’s the only time everyone stands equal and maybe some new off-season tech will propel the lower level drivers to new heights.

The same holds true for sporting video game fans. Will this be the year their favorite sports title gets it right? Will the new release address those lingering franchise deficiencies? Will the deficiencies persist? Or will they be replaced and gain the company of new ones? You can also draw a parallel to the chances of how good an annual release will be by how many years the platforms it is released on, have been around.

Going into their 4th release of F1 on the PS4 and Xbox One, the odds of Codemasters releasing a strong 2018 version of the game are high indeed. For the most part, that prediction turns out to be true. Across the board, F1 2018 is just a little bit flashier, a little bit deeper and a little bit better optimized than its 2017 sibling.

From the main menu, you have a variety of gameplay options to choose from. You can jump into a career, do time trials, do an event, run a championship season, enter a grand prix, or engage in multiplayer matchups. Submenu options are also available and from them you can tweak the game to play to your preferences and system power. You can also customize the AI drivers you will be racing against. 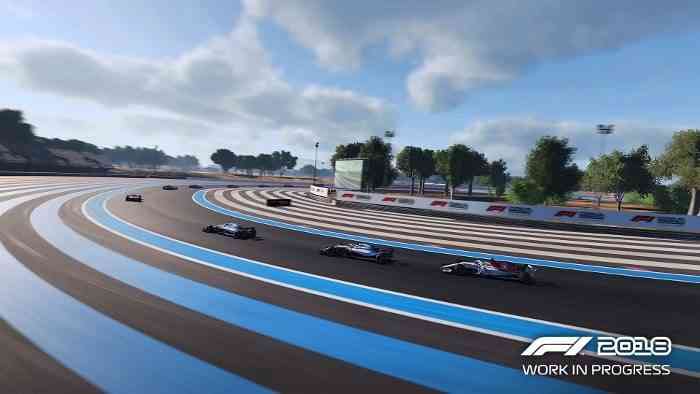 The career mode is pretty deep and you work your way through the ranks by accepting race challenges and progressing according to your results. All this is guided by a support team of slightly odd-looking members. Codemasters still hasn’t quite got the knack of capturing human facial features yet. Beyond how you set the game driving aids, the difficulty level of the game also comes from which team you choose to sign up with. Mercedes and Ferrari have the best cars and tech which will make your climb to the top easier. Choosing the other teams means a lot more work for you. Your ability to overtake the top teams will be hindered until you accumulate enough performance enhancements.

To make things more interesting, F1 2018 is not just about technical enhancements but also developing people skills. You need to keep team morale by interacting with with team members. This means ‘talking’ regularly with them even if if means repeating conversations. A pain but the gains in team efficiency and ultimately your ability to compete on the track are definitely impacted.

I cannot comment on how F1 2017 played but the handling in F1 2018 is ever inching away from its console roots and moving into true simulation territory. The option setups for using Force Feedback wheels remains relatively the same as previous versions but the behaviour of the cars has improved. Most noticeably you can feel when the back end is starting to step out. Highly critical for a group of cars notorious for being rear end twitchy. You can really feel the handling differences of the modern cars versus the historic cars and between the different eras of historical cars.

Still the game belies its console roots. No mouse support in the menus! I repeat. No MOUSE SUPPORT in the menus! Lame very lame. Also while the wheel support and handling in F1 2018 is definitely better, there is no actual calibration screen where you can fine tune your throttle, braking, clutch and steering inputs. Each wheel is unique in its inputs and like a real car these inputs change as the wheel ages. Another vital missing aid is virtual mirror support. Using the proper field of vision to make the environment properly scaled from a cockpit point of view, chops off the side mirrors rendering them useless. 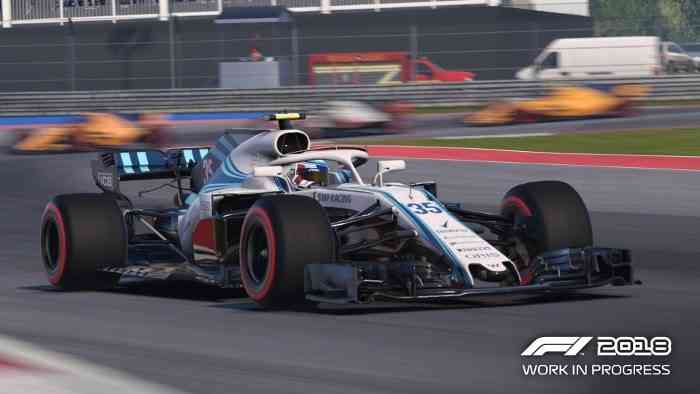 Graphically, the game is top notch. Cars look fantastic as do trackside objects. The game seems pretty well optimized too. Running this game on my aging desktop – i5 2500K with an overclocked 4GB GTX970 at 1080p still provides frame rates in the 60 range. Weather effects like rain look great too. With the exception of the still robotic looking team crew, this is one good looking game though the car damage model is still underwhelming. Sim enthusiasts tend to be on the bleeding edge of tech which includes triple displays and VR. F1 2018 supports neither natively at this time. Triple screen can be supported through a Nvidia workaround. VR is still a no go and makes F1 2018 a non-starter for the hardcore sim racers.

Codemasters continues to inch forward with their F1 series. If they ever get around to adding the missing features noted above, this franchise could take a legitimate run at the F1 racing sim crown down the road.