Last year Codemasters raised the bar for their F1 series. It’s been some time since I last tackled one of these annual editions, but the upward trend these titles have seen recently has me itching to climb into the cockpit. I can’t help it. It’s hard not to be an open-wheel racing fan growing up in a town with a racetrack and the legendary Mario Andretti living directly across the street from your school. Enough daydreaming, let’s get racing as we take a look at F1 2017.

The area I gravitated towards first was the career mode. After adding some driver details – this year also includes the option of a female driver avatar – and picking a team I was sent off into story mode. Introductions to the team behind the scenes commenced and was a nice bit of extra content that added to the experience. Instead of a standard menu, the race weekend and story continue through the use of a laptop in game, another really nice touch to help with immersion.

The race weekends consist of 3 practice rounds, qualifying and then the race. There may be the temptation to skip ahead to the “good stuff” but running practices will pay off. Not only from learning the track, but gaining points through various tests which can be spent on R&D to improve the car overall. The R&D tree is expansive, but if you’re at a loss of what to research, the chief engineer can make recommendations. True to real life, these upgrades to the equipment take time as well; it’s not just buying parts to bolt on, it’s actual research and development.

“Besides the occasional ghastly looking figure I had to talk to, there was little I could find wrong with the career mode.”

That R&D tree is rather staggering in size, but with 10 seasons total in the career mode there is plenty of time to really max things out. If that wasn’t enough added on, there are also rivals. Depending on the team selection, challenging for the title right away may not be an option. The rivals give some extra incentive to place higher, even while finishing out of the points. All this adds up to a pretty deep and full experience in the career mode.

Besides the occasional ghastly looking figure I had to talk to, there was little I could find wrong with the career mode. Although I was rather disappointed after taking P1 in qualifying and then winning only my 2nd race, not a single person on the team even acknowledged it. Not one “great job” and when my agent called all I got was “this is your expected qualifying position”. It would be nice to get a little recognition from the team and some variations on interactions would help make things feel more alive. 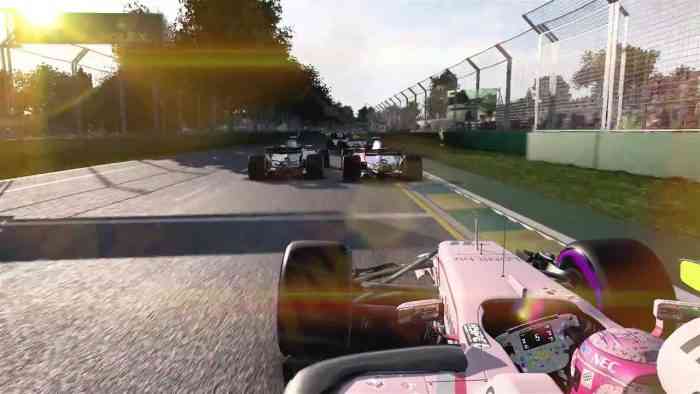 While the focus is on the 2017 season, they’re not the only cars available. There are also a selection of some vintage F1 cars from years past. We’re not talking Lotus 49s here, but rather the more recent past starting with a selection of more famous rides from 1988 onward. Taking the early 90s McLaren for a spin was an absolute blast. These cars can be used in lots of different ways. In the career mode, they come up for use in invitational challenges. Outside of that, they are available in a variety of other championship modes. I hopefully made team COGconnected proud by going out and blitzing the field at Circuit Gilles Villeneuve in a special street only championship.

So how is the actual driving? The physics felt pretty realistic to me. I only drive pretend race cars, so I can’t say for certain unless someone wants to give me a go in an F1 car, but nothing seemed noticeably out of place compared to my expectations for how these cars should handle. The controls with a PS4 controller seemed reasonable enough, although I might not want to have a go without aids before having a lot of practice first. For those with an FFB wheel, let’s just say I was pretty pleased with the feedback on my Thrustmaster T300. It is nice and strong, feeling the road is no issue, bumps and all.

“Overall F1 2017 took that momentum from 2016 and built on it to create an excellent experience.”

So what about the look of it all? The visuals at 4k on the PS4 Pro were beautiful. Apart from the previously mentioned issue with the look of some of the humans in the game, everything else was just gorgeous. Special shout out to whoever took the time to work on the driver’s helmets; they are pretty stunning. Frame rate was rock solid and the only real issue was the occasional screen tear.

Overall, F1 2017 took that momentum from 2016 and built on it to create an excellent experience. The career mode is a surprisingly deep and enjoyable time. The plethora of other modes and classic vehicles should keep anyone busy for a hours on end. The faults are relatively minor compared to its strengths. If this were a race, F1 2017 would be firmly starting from the front row. 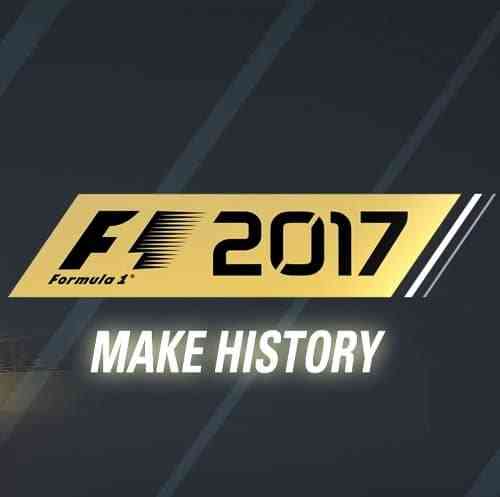