The variety of experiences on offer for the Meta Quest 2 is steadily growing. From climbing and sports to first person shooters, the range of genres on Meta’s VR headset has matured quite a bit from its early days. And now, stealth fans get something to look forward to, as Espire 2 sneaks its way onto the platform. Combining stealthy spy-thriller intrigue with shooting action, Espire 2 will make you feel like a futuristic James Bond.

I didn’t play the first Espire, but the basics of this second title from publishers Tripwire Presents are easy to pick up in the opening sequence. You’re Poe, an agent working to thwart the evil plans of the shady OPHIS criminal syndicate. Using sci-fi tech, you remotely inhabit robotic bodies (“frames”), allowing you to infiltrate enemy bases and complete missions. The beauty and fun of the frames mechanic is it allows for the use of lots of cool tech toys to get the job done. Reach with your Touch controller over to your arm, and you can pull out a multi tool that does everything from repair your frame’s damage to disabling trip-lasers and enemy gun turrets. On your frame’s arm is a slingshot dart gun. Pull on its handle with your other arm, and it shoots tranquilizer days. Hold your right Touch controller up to your temple, and Espire Vision engages. That lets you see through walls and highlights objects with augmented reality. Playing Espire 2, using all these cool features, I was fully immersed in the action and I felt like a true sci-fi movie hero.

Espire 2 bills itself as a stealth action game. But that claim would be meaningless if the levels gave you no real incentive to use stealth. That’s where the level design comes in. In Espire 2, level design is superb. Using your Espire Vision skill, you can search for and highlight tunnels, air vents and other alternative routes. Crouching, you can avoid combat by staying in these shadowy places.

Enemy guards have vision cones that can be triggered if you’re not careful. And you don’t want to trigger them. Because doing so brings reinforcements wearing much heavier armour. This is a shooter game and there are guns, for sure. You can engage in shoot-outs if that’s your thing. But in my experience, a firefight is something to be avoided in Espire 2 — unless you get REALLY good at head shots. Alert levels rise with each kill, eventually overwhelming you. 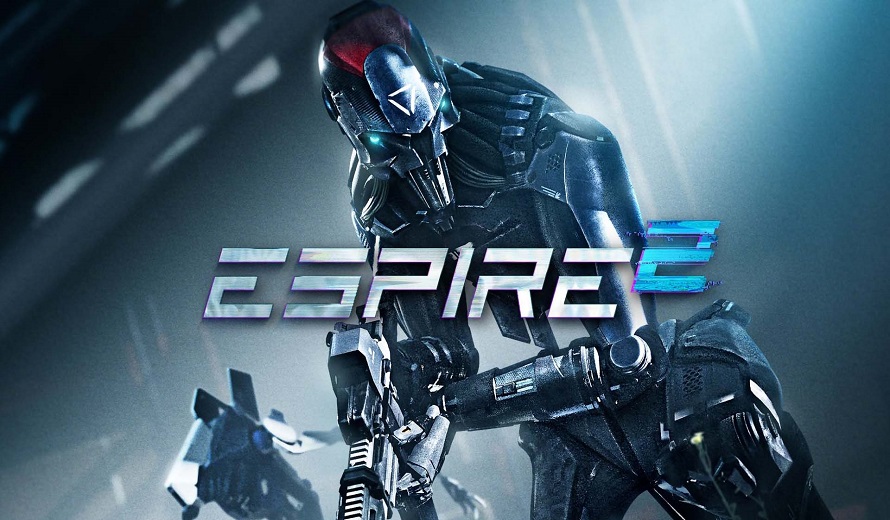 But sometimes you just can’t avoid a firefight even when you try. In my experience, enemy sight range is way too far. Or at least, it’s not clearly defined. Basically, if you want to avoid being seen by the baddies, you better not be able to see them. Period. So it’s not perfect. But when you can pull off a stealth approach, Espire 2 is a rush that brings back memories of the best Metal Gear moments.

Another stealth aspect — and one that actually works well — is the ability to talk to enemies. You sneak up behind them, then say any number of available phrases. You can say, “hands up,” “put down your weapon” and so on. And Espire 2 makes this mechanic even more realistic by allowing you to actually speak these commands, right into your Touch controller. I’ve never seen a Meta Quest 2 game employ this idea before, and it’s super-cool. It’s not something you’ll want to do with other people in the room (there’s the option to just silently choose phrases from a list as well), but if you use it the immersion factor goes up significantly.

Put them together, and of these innovative and immersive mechanics make Espire 2 one of the best VR games I’ve played yet. And that’s saying something, because it definitely has its flaws. The visuals are inconsistent. Some assets, like guns, look pretty detailed. But environments are sometimes basic, with recycled assets and low resolution. Enemies are also lacking variety. Technically, Espire is mostly smooth but I did experience two instances of freezing — once, at the end of a mission which forced me to restart from the last checkpoint. 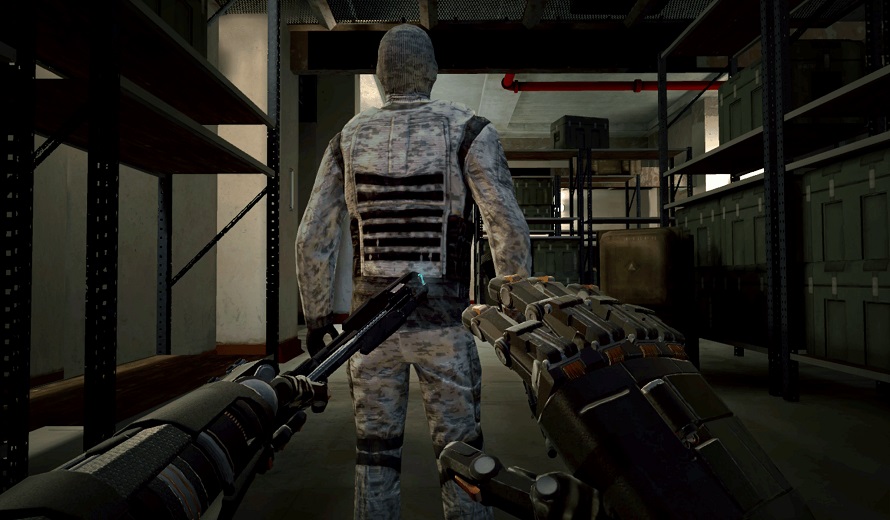 And while the two single player missions are quite good, multiplayer is disappointingly minimal in Espire 2. You can do Coop with a friend using an invite code, but that’s it for now. No matchmaking. No PvP. Let’s hope that’s something the developer is planning to add later.

No, it’s not perfect but Espire 2 on the Meta Quest 2 is a blast to play. Innovative mechanics, great level design and two really engaging quests more than make up for the few glitches and incomplete multiplayer. If you love stealth games — or you just want to be Ethan Hunt or James Bond for a few hours — pick this one up.

** A Meta Quest 2 game code was provided by the publisher **