There are a great selection of point-and-click adventures with fantastic stories on the market, and now, Chaosmonger Studio’s ENCODYA is reaching out to widen audiences with its release on console. Originally released back in January 2021 on PC, players will be whisked away on a cyberpunk-themed journey on the PS4/PS5, Xbox One/Series X as well as on the Nintendo Switch.

In the year 2062, nine-year-old Tina and her robotic guardian for life, SAM-53, live in the futuristic Neo-Berlin. From their makeshift tent, Tina and SAM set off on a simple journey to procure provisions for themselves. When Tina accidentally stumbles upon a secret code from her father, hidden in SAM, that was to be revealed to her on her 10th birthday, the two embark on a journey to find out her true purpose and the secret behind Neo-Berlin.

ENCODYA is a point-and-click title set in a beautiful 2.5D world. The controls are simple as you run around a small map, while clicking on and investigating objects, getting to know the locals, while also traversing to different areas in Neo-Berlin. Advancing the story is simple and is done so by speaking to many of the interesting people and robots in the city, as well as finding key items that somehow fit or correlate with each other. From the information that you’ve gathered, you’ll travel to the next location to find and gather more clues and information. In terms of gameplay, ENCODYA doesn’t do anything unique for the genre but the story, art and character design as well as the cleverly written characters and dialogue, is certainly what makes this title stand out. 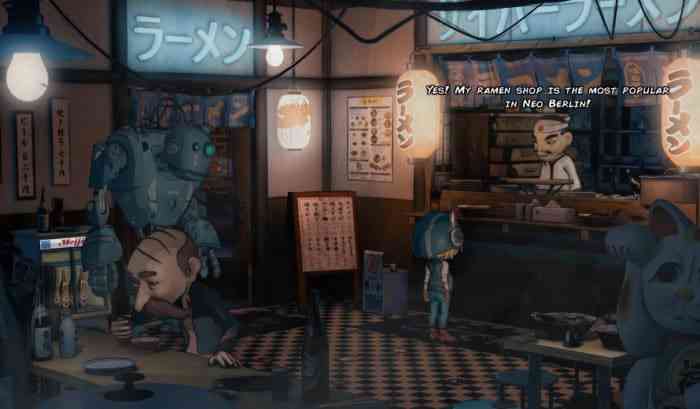 The unique animated world of Neo-Berlin is absolutely beautiful. The people and robots you interact with, as well as the locations themselves, have a quirky charisma. Everything feels like it belongs together, and to further bring the city to life, the musical score and background music really add to the atmosphere of this dank cyberpunk world. Not to mention as the game is fully voice acted, adding that extra liveliness to the game.

However, even with this simple point-and-click title, there were some issues I ran into. For a game that’s not terribly graphically intense, I experienced a little too much lag and dropped frames. I am playing on the PS4 so it certainly might be a case of having older hardware, but if I can play newer triple-A titles with the occasional frame drop when battles get intense, I certainly expect to be able to play a game like ENCODYA almost flawlessly. The puzzles start off fairly easy but I feel as though the difficulty ramps up out of nowhere. I will admit I did have to turn to the internet to find a couple of the answers as some were just out of my league to solve. Earlier I mentioned that the world and everything in it works seamlessly well together and everything seemed to belong, well that is both a good and slightly inconvenient thing. When searching for items, they can be hard to find as everything blends together and key items don’t really stand out. Because of this, it can make searching for little things a little bothersome. The last, not so major, issue is the map system.  When selecting which area you want to go to, the cursor doesn’t show up or takes a bit of time to show up or move, so the selection isn’t as responsive as it could be. All those aside, the only real issue is the framerate drop but everything else was a mild inconvenience. 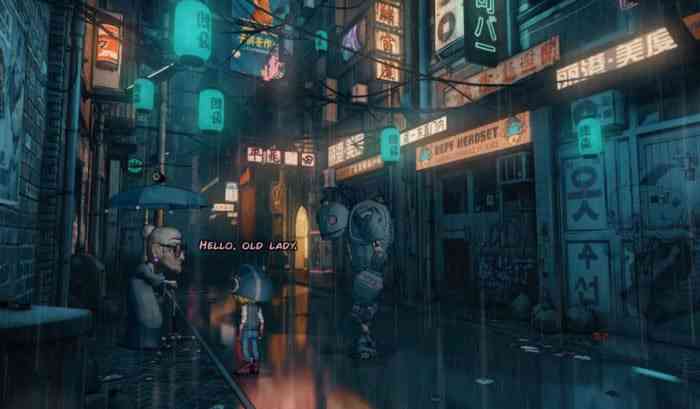 It’s interesting how ENCODYA began as a short film called ‘Robot Will Protect You’ before becoming a game and story. It is a wonderful adventure and honestly, Tina and SAM’s relationship was nothing but heartwarming. For fans of the point-and-click genre or a good cyberpunk-themed story, you should definitely check this one out as it’s certainly worth a try. I’m hoping the frame rate issue is because of the age of my machine and not because of possible poor optimization for the previous generations of consoles, or that a patch is forthcoming to address the problem. 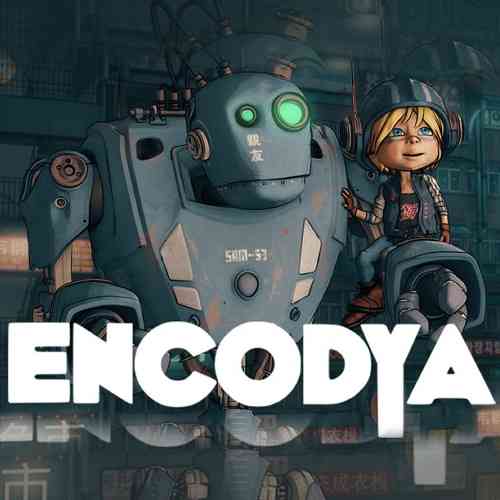