When I jumped into Next Space Rebels, I thought to myself it was finally time to have a go at an indy take on rocket building. Kerbal Space Program 2 is still a ways off, so I was itching to build some rockets and explode things.

What unfolded before I was an addictive gameplay loop with a message about what’s hovering in our mental real-estate: billionaires and big tech companies suck. Never has this been more prevalent than in the last few years as the mega-rich look to space as some sort of utopia that is only for them and maybe a few in the lucky club that get to join them.

The rest of us plebs will be left behind to feed Facebook’s Meta marketplace like data slaves hoping to buy NFT digital house decorations. But who cares if big tech wants to Orwellian the human race! Our protagonist just wants to build rockets, film each launch and maybe get some views on their uploads to StarTube (an obvious stand-in for YouTube).

Throughout the single-player, you’re going to build whacky rockets, become a sellout, get involved in flame wars, participate in people getting hurt (or dying), join a revolution, learn to exploit algorithms to make more money, and eventually feel the dystopia of existence creeping into your veins… while every few minutes wondering why you can’t just build rockets and chill. 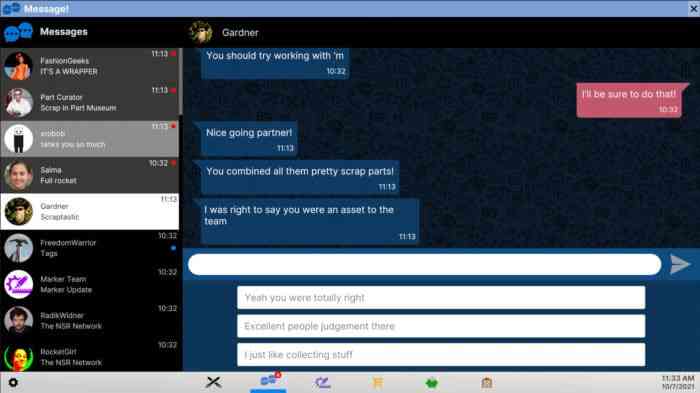 The actual gameplay of Next Space Rebels consists of operating a computer where you manage your StarTube channel, talk to people via a messenger interface, and build and launch rockets. As your channel grows in popularity, more and more people will reach out to you, offering simple Video Challenges to try at first. Stuff like launching a rocket into a dumpster, making a rocket crawl for 5 meters, strapping a jet engine to a wheelbarrow, and seeing if it can hit orbit — the variety in here is both fun and usually hilarious. Others will want something from you in a parlay to give you new parts. It’s up to you to make these deals and live with the consequences.

It wasn’t until I strapped three giant rockets to a furry-like deer mannequin and sent it into the stratosphere with a firework that exploded into the shape of a colossal penis — all as a response to a DMCA threat I received from the furry mannequin owner — that I knew this game was something special.

StarTube then threatened to take down my channel. I chatted with their customer support bots and told them to politely screw themselves; I had over 100,000 subscribers. What could they do? Well, they own the platform, and they decide whether they will pay me or not for my ad revenue. And soon, you start to feel the dilemma of what is ethical and what is just a goddamn mess big tech has created. 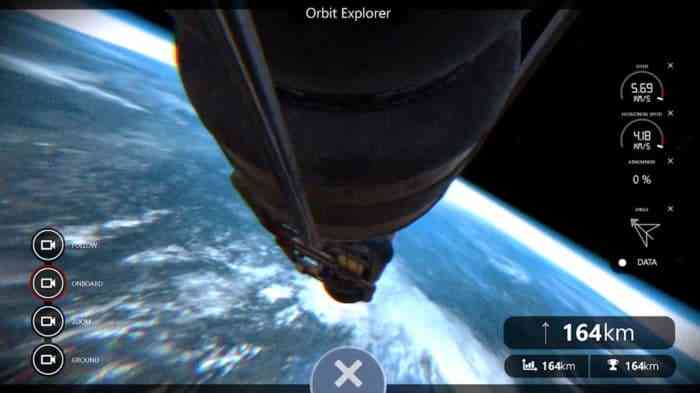 Are you an employee of StarTube? Not in their terms of service. But they are your sole income. Shouldn’t you have more rights when it’s you creating the content people want to see? Is it amoral that others exploit the tagging system to get more views instead of focusing on quality content? Sure they might be cheating, violating the terms of service, but they’re getting paid while countless other channels are dying on the vine because of how StarTube has constructed their algorithms. It’s a shit sandwich that Next Space Rebels revels in if a bit too long.

As you build rockets, you increase your complexity score, which is a gamey way of letting you slowly build more and more complex rockets. You start simple with straightforward software to design your rockets. Over the course of the story, you’ll go from using markers and sketches to almost 3D-like rendering with real-time calculations available. You’ll begin with a tiny rocket kit and end up with jet engines and fuel that could launch a cargo truck into space. It’s all great fun, and no matter how long the middle part of the game felt (and it did feel grindy at times), I just couldn’t stop making new rockets. 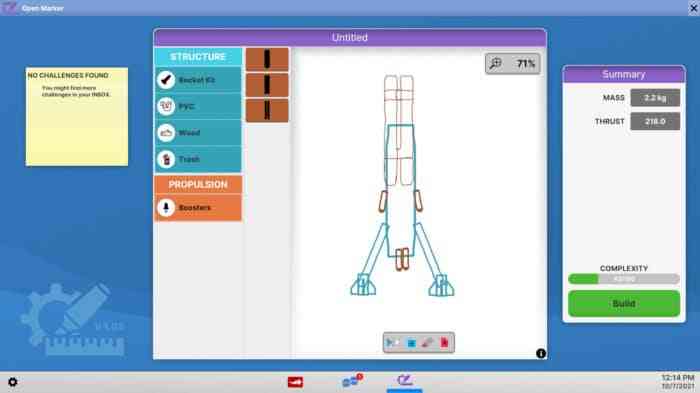 The only stumble is mainly in that midsection of the story when you begin to grind for subscribers to get to your next account tier. Use the wrong tags, and the amount of new subs you’ll get for a video is laughable, leaving new story bits and parts locked away until you’ve gained enough notoriety. Challenges can dry out, leaving you to fill in the blanks until you do whatever is needed to progress, sometimes at random.

The conceit of Next Space Rebels is experimentation. Each launch failure leads to new tweaks, changes in weight, different types of fuel, adjustments for aerodynamics, it’s all here, and it’s a blast. Some purists may want more from their rocket sim, but I’m satisfied when I can send a teddy bear on top of a bicycle to low orbit based on clever planning. The challenges are the key to your progression, unlocking more complexity and new parts for you to toy with until your software is so full of stuff you could get overwhelmed by the possibilities. It all made me excited to see what others make, as the only limit feels like your imagination. Some challenges require a certain precision, though, which can be frustrating at times, given you don’t always feel like the physics is consistent or if random variables are affecting each launch that you can’t button up. 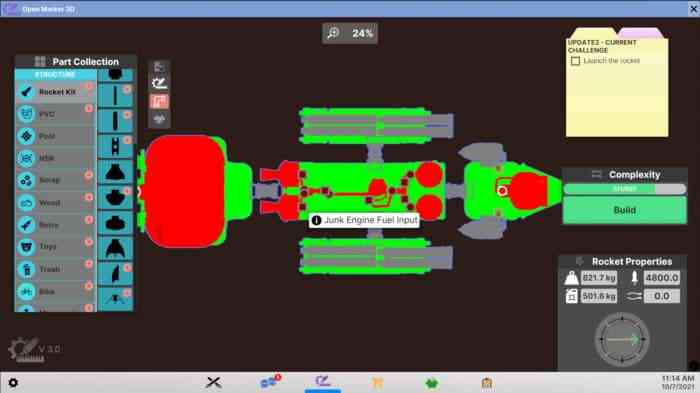 While Next Space Rebels’ story tends to run a bit long and the middle part feels like a grind, it’s still a great loop with FMV actors playing out the weird times we find ourselves in. It made me consider just what it was actually like to grind out an existence as an influencer at the mercy of a platform’s whims when you start with a small idea of building a soda bottle rocket in a field. Hopefully, people do stand up against the predictable dystopia we find ourselves hurtling towards. And if they do it with rockets, maybe we’re all the better for it. 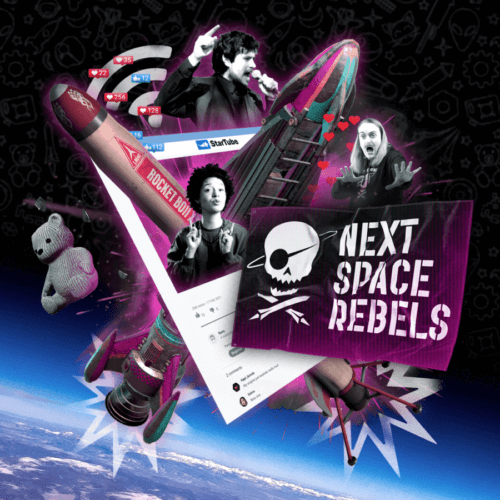