Video is a big deal. Throughout the media, video is replacing the written word with greater and greater frequency. And why not? Video adds a new level of immersion to content. Consequently, both pre-recorded and streaming content have become stupendously popular, thanks to services like YouTube and Twitch. You want to get in on the act? Well typically, capturing and/or streaming content is difficult and requires multiple hardware and software pieces. Enter the Elgato Game Capture HD 60, promising high quality capture and streaming in a box the size of a deck of cards. Too good to be true you say? Nope, this thing’s the real deal.

The Game Capture HD 60 is intended to be an all-in-one solution for capturing game footage from any source, and streaming it out in a professional fashion. The box itself sure makes a good impression. It’s sleek, small, and simple. A row of LEDs on the top of the unit notify users of important happenings, but manage to stay inoffensive. HDMI in, HDMI out, and USB 2.0 round out the external features of the physical device. It’s a nice looking piece of kit – small enough to put out of the way, but good looking enough that you won’t mind having it on your desk.

More interesting is what happens on the inside. Although the HD 60 does not capture uncompressed footage, it produces high quality MP4 files that are compatible with every video editor under the sun. How high quality? 1080p of course, at up to 30 Mbps (around the same bitrate as a Bluray movie). More importantly, the Game Capture HD 60 captures at 60 frames per second where most competitors are stuck at 30. To my eye, the video quality is excellent and shows very little artifacting or other quality degradation. Even with lots of quick movement and excitement on screen, everything stays nice and sharp, and the framerate is rock solid at 60. It’s not perfect of course, but for video that will likely end up on a lossy service like YouTube, it’s more than acceptable.

So how does capturing work? Well, you’ll need a computer of some description, and a device to capture from – HD 60 supports anything with an HDMI output and HDCP compatibility – and that’s it. After downloading the Game Capture HD app from Elgato’s site and plugging in the relevant plugs, everything was dead simple. The device sets basic settings up automatically, and worked flawlessly on all the inputs I tried – PS4, Xbox One, and PC. As a sidenote, Xbox One automatically switches HDCP on and off while using the system, but the PS4 requires you to manually disable HDCP when you want to record gameplay. I really appreciate the plug and play nature of the system. Capturing video can be an absolute struggle, and Elgato’s box completely does away with headaches. The app’s layout is simple and intuitive, and important functions are obvious. One of the best features is Flashback Recording. Basically, the box works like a PVR once you open the app. It captures and stores the input temporarily, allowing you to jump back in time and record if something cool happens. Very handy. 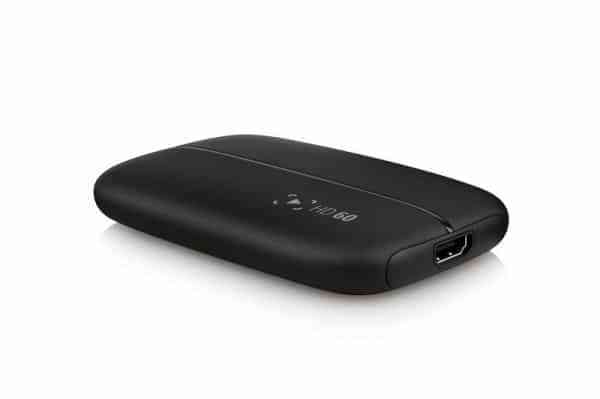 The other arm of the Game Capture HD app involves streaming. As you may be aware, Twitch is kind of a big deal these days – it was worth $1 billion dollars to Amazon. Streaming with Game Capture HD is excellent. It ticks all the boxes for all but the highest end streamers. Capture full resolution while streaming? Check. Overlay multiple scenes onto gameplay (including webcam)? Got it. Change layout on the fly? Yessir. Built-in support for live commentary? It has that too. It’s a very robust and smooth system, and without the monthly fee associated with services like XSplit. If you’re serious about streaming your games, the Game Capture HD app will allow you to produce an extremely professional broadcast with a minimum of effort.

Like what you hear? This thing isn’t exactly cheap at $179, but you are getting a lot for your money. The video and audio quality are good, 60 FPS is excellent, and the associated software/features are top notch. Competitors like the Avermedia Extremecap U3 are around the same price, but Elgato’s solution has the more robust software component in my mind. If you’re interested in taking a shot at streaming or producing YouTube videos, Elgato’s Game Capture HD is a solid all-in-one choice you should absolutely consider. 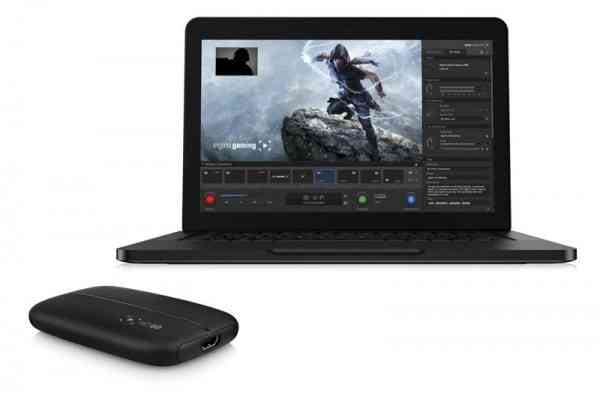 Next Hyrule Warriors (Wii U) Review – Play as Ganondorf? This Game is a Win Right Out the Gate
Previous Anomaly 2 (PS4) Review – This Addictive Tower Offense Game Is Hard to Put Down