Eldest Souls Review – Be a Boss, Beat a Boss

Ok, it’s right there, hidden in plain view: Eldest Souls, another indie homage/clone/inspired by/reimagining of the Dark Souls formula, this time into a top-down, pixel art game. By this point, we’re so inundated by Soulslike games that it is the rare action game that doesn’t cop the mechanics that put From Software on the map. Setting ennui aside for a moment, Eldest Souls’ particular variation is in doing away with most everything but the bosses.

There’s a story, but not much of one, and it’s told a la Dark Souls through cryptic messages and guarded scraps of lore. It doesn’t matter much, because, along the way to restoring humanity, the player is simply funneled along through a series of ten, increasingly challenging bosses. If you’re the kind of Dark Souls player who looks at NPCs, world-building, character development, and the legions of easier enemies as irrelevant fluff on the way to the good stuff — the bosses — then Eldest Souls will be squarely in your wheelhouse. If, on the other hand, you enjoy the Souls games for their expertly paced, steady progression and rewarding loops, Eldest Souls may seem more frustrating than gratifying.

Boss rush games are nothing new, not even to third-person action games with the pixel art aesthetic. What Eldest Souls makes explicit is the notion that the true essence of Dark Souls is the difficulty and demand for impeccable timing, coupled with patience and the aggressive play style that made Bloodborne so different for its time. It is the underlying conceit behind every boss in Eldest Souls. Memorize the patterns, find the opening, attack, and hope you have enough stamina to retreat before being nailed by an AOE attack or vicious swipe. 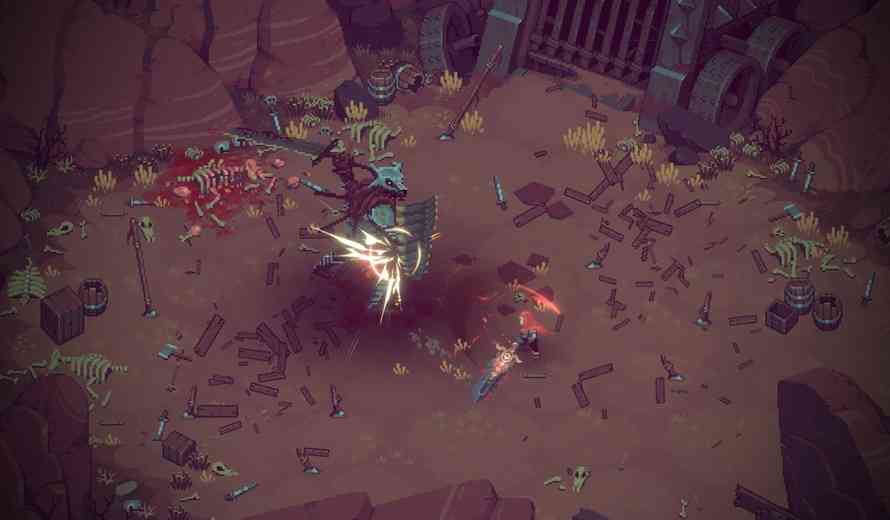 Aggressive play is linked to healing, as a successful charged attack will partially fill your health meter, though there are a few consumables as well. Defeat a boss and you are rewarded with a skill point and a boss shard, which can be applied to passive and active skill trees split into three specialties: Windslash, Berzerk Slash, and Counter. In Dark Souls, making a commitment to a character class implies a relatively permanent choice. but Eldest Souls wisely allows the player to reconfigure his or her allotment of points at any time, potentially helping to find the key that unlocks a successful fight. That said, all the upgraded skills in the world don’t radically impact the flow and rhythm of combat and never make the character feel godlike, just marginally more capable.

Any game that has the courage to realize its convictions is worthy of praise, including Eldest Souls. Where things start to get problematic is in the execution and mechanics.

Who is in favor of a difficulty slider? Not Eldest Souls.

The first problem comes as a result of the game’s art direction and camera. Eldest Souls is an attractive pixel art game, with a moody  and melancholic feel to its environments and decaying structures. Even better are its imaginative and varied bosses, which, unlike some Soulslike games, don’t recycle the same design over and over. The problem comes when the player character moves behind the boss and suddenly it becomes difficult to attack or dodge with accuracy. Depending on the design of the boss and AOE effects or other complications, this can be enormously frustrating, especially given the relatively small boss arenas.

The second issue is with sluggish character movement and stamina management, neither of which ever feel very good. I understand that watching the ever-depleting stamina bars and figuring it into a winning combat style is a feature and not a bug, but Dark Souls mitigates the problem with a plethora of options–stamina-boosting shields or weapons, spells, consumables and of course an upgrade path that focuses on increasing it. Not so much Eldest Souls. On its periphery, Eldest Souls has some NPCs and side quests that reward the player with useful items, and there are plenty of checkpoints. In most instances, making a quick return to a boss and another attempt is painless and there is no real penalty to dying. 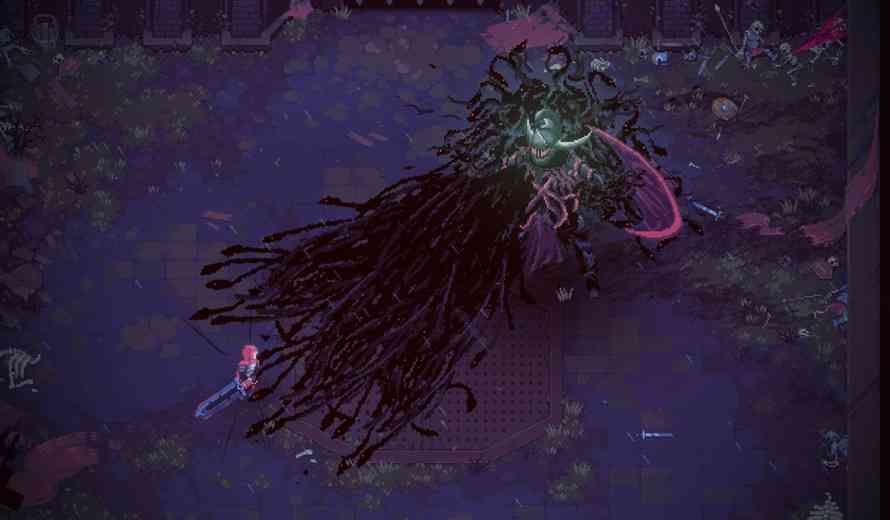 For the Dark Souls fan who sees every From Software game as a validation of the “git gud” mentality, Eldest Souls will probably scratch a persistent itch. For everyone else, especially those who appreciate Souls-like games for their journeys and not their boss destinations, Eldest Souls may seem too focused on doing one thing, no matter how well it succeeds. Eldest Souls is designed around frustration and challenge, and if that’s your idea of a good time, then this game is for you. 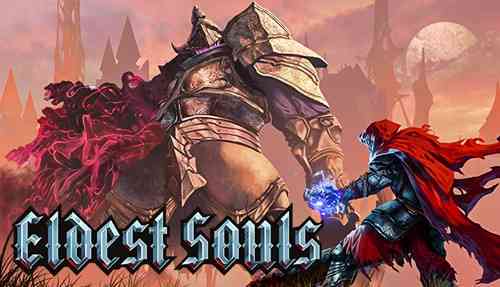