It’s been four years since the developers at Techland took to E3’s stage to reveal Dying Light 2, though it feels like a lifetime ago. For fans of the original, the rollercoaster ride that was Dying Light 2’s development cycle was – at times – agonizing. After a red hot trailer peaked player interest, Techland stayed unusually quiet on further details surrounding the project. Following several delays, Dying Light enthusiasts were left wondering if this would all end up as some sort of bad fever dream. 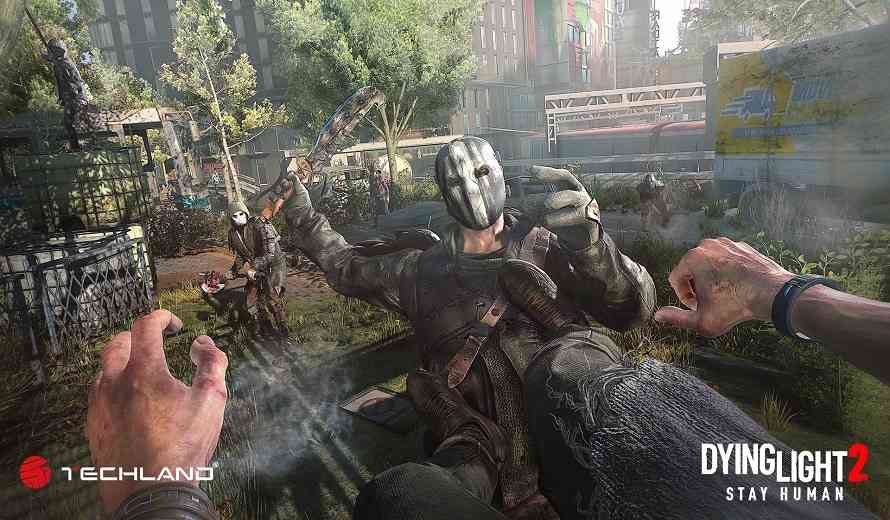 Thankfully, the wait was not in vain. Dying Light 2 is an excellent follow-up to 2015’s Dying Light, delivering a smoother, superior experience in nearly every way possible. A few quirks hold it back from being a genuine masterpiece, but make no mistake, Dying Light 2 hits as heavy as an electrified nailbat to the face.

Taking place 20 years after Dying Light, Stay Human drops you into the shoes of parkour prodigy and severely infected Aiden Caldwell. Warring factions threaten to tear apart the fictional European city you now call home, and it’s up to you to decide the fate of its inhabitants while doing everything you can to stop yourself from turning. It’s a dark, at times brutal tale told from varying perspectives. While the story might not always knock it out of the park, it’s the incredible work turned in by the voice cast – particularly Aiden’s actor, Jonah Scott – that sells the narrative. Whether they come from a nameless NPC or a main character, each line drips with sincerity, often reminding me of the quality we saw out of The Witcher 3‘s cast.

A series like Dying Light, though, doesn’t necessarily need to concern itself with its stories. These games will always live and die by their ability to successfully combine stomach-churning parkour with gruesome combat. And Dying Light 2 smashes that formula. The action is fluid, hard-hitting, and incredibly intuitive. I shouldn’t say I’m surprised, as the same selling points could be attributed to the original, but in Dying Light 2, everything is cranked up to 11. 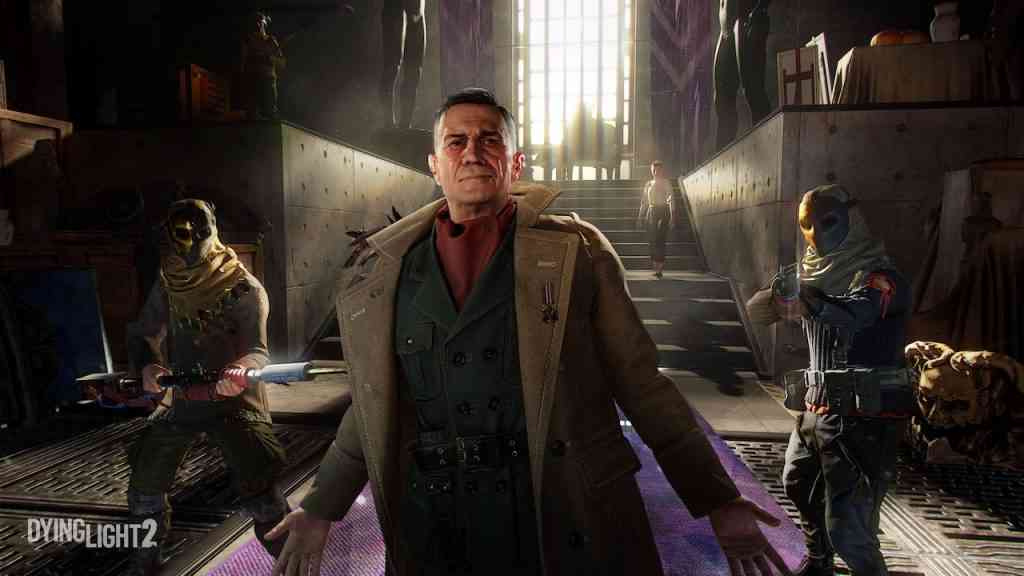 I also appreciate that Techland wasn’t shy about making Dying Light 2 feel like an arduous journey. Meaning you won’t be sailing through your skill tree (which is chock-full of exciting upgrades) within a few hours and calling it a day. Skill points are dolled out slowly, forcing the player to scratch and claw their way to each new ability. While this may turn some folks off during the first ten hours or so as it makes for slower progression found in most games, rest assured that the juice is worth the squeeze. Once Aiden has been buffed, the level of freedom in exploration offered is second-to-none.

Combat feels a touch too slow in the early going, as you’re mostly limited to melee weapons. The odd spear may come along here and there, but it will be some time before you’re engaging in anything other than fisticuffs. Though, as a testament to the quality of Dying Light 2’s dodge/parry/strike system, I never found it really mattered. I was always more than happy to grab a new blade or blunt object, throw a modification or two on it, and go back to work.

However, just as exhilarating as the parkour and combat are the unbelievably tense stealth scenarios fans of the original will be all too familiar with. I’ve been at it for 25 hours, and my palms still sweat when I need to sneak past a Howler at one o’clock in the morning. When I’m desperately trying to raid a dilapidated warehouse before the sun rises and a horde descends on the building. Or watching the seconds tick down on the timer that indicates when you’re going to turn, frantically searching for the safety of UV light. Dying Light 2 is intense, at no time being for the faint of heart. It’ll chew you up and spit you out, no pun intended. 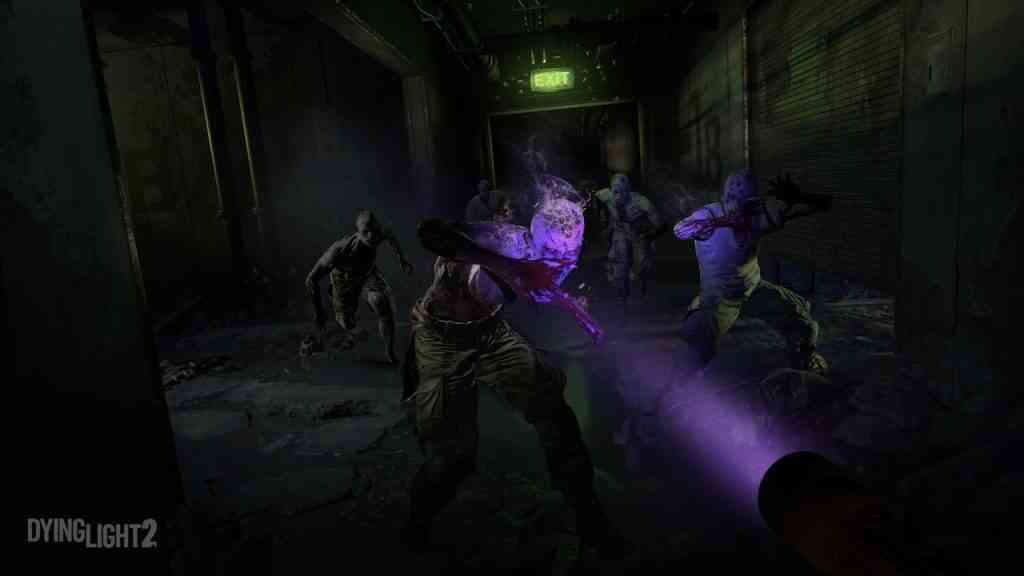 Equally as important as the horrific, macabre monsters lurking around each corner, Dying Light 2’s sound design is a masterclass in terror. Techland made great use of both original and licensed music, but the sound effects are the real star of the show. Walking out into a cool, calm, quiet night air expecting a pleasant evening of pillaging only to be greeted by one of the most horrific, blood-curdling screams I’ve ever heard immediately got me into an old-timey horror movie mood. And I love it. Some technical issues aside, the audio is simply brilliant from top to bottom.

Dying For The Long Haul

Speaking of technical issues, a game of this scope couldn’t launch without its share of bugs of annoyances. General grievances pertain to nothing game-breaking other than the two crashes I’ve come across. The menus tend to lag and hiccup, and there’s no question the enemy AI could use a patch or two to smarten them up a bit. I’ve also seen some screen tearing, but this is all stuff that can be amended in the future. Techland did commit to at least five years of support for Dying Light 2, and it’s safe to say I’ll be along for the ride.

I’ve loved my time with Dying Light 2. While it undoubtedly could use a patch or two, the foundation that’s been laid for the next five years is solid. The parkour is fun, the combat engaging, and overall, Stay Human manages to be one of the tensest games of the past decade. It’s everything the original was, only better. Can we ask for anything more? 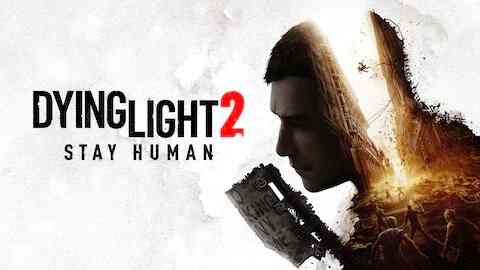