I am getting so tired of games comparing themselves to Dark Souls, and I’m saying that as a fan of the souls-like genre. The problem is that this term is constantly applied in the wrong way, and so many seem to think that difficulty equals souls-like. Demon Skin is one of these examples, by utilizing their unoriginal “YOU ARE DEAD” death screens prominently in their trailer footage, they seem to take great pride in how hard their game is. To drive this point home, in their game summary, they even directly compare their game to Dark Souls.

Sorry, it just rubs me the wrong way. At best, it’s a complete misunderstanding of the genre, and at worst, it’s deceptive marketing. Anyways, with that out of the way, how well does this indie action game stand on its own merit?

Demon Skin, in essence, is a 2D hack & slash. Supported by some badass animations, you fight through undead monsters with a variety of weapons. There are some clever touches in the visual side of things, like your moves changing depending on your proximity to the opponent and their remaining health, even transitioning into a satisfying execution if they are low enough. The clean approaches to the character models and environments also help the game’s presentation. In between the fighting, there are some explorations and platforming segments to keep the gameplay from feeling too stale.

How Difficult Is It?

During combat, you can utilize combos by specific button combinations you find in the pause screen. Stances are used to determine where you attack to get around the enemy’s guard and also to guard against their attacks. The familiar stamina bar also makes an appearance, and of course, joined by the good-old dodge roll to get some invincibility frames. These, in parts, can be used to create a great action game, but unfortunately, Demon Skin doesn’t seem to understand why these elements succeed in good games.

Let’s start with the most important component: controls. Unlike well-designed action games, like Dark Souls it compares itself to, Demon Skin’s controls are complicated and unintuitive. I can write a long laundry list of why it doesn’t work, but I think one example should suffice. To block attacks, you need to enter the same stance as your opponent, but the face buttons which determine the stance you are in also puts you into an attack. This means, to quickly block, you have to use the D-Pad to change your stance, but since it is under the left stick, you can’t change your stance without awkwardly giving up your ability to move. 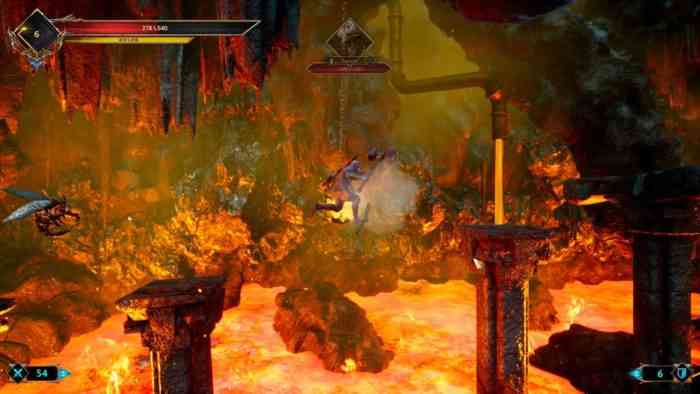 This should be a very basic problem to solve for the developers. Just put the stance control on the right stick, which is currently used to fiddle with your item inventory. I mean, for god sakes, they are inspired by Dark Souls, maybe they should study the game a little bit. Dark Souls uses the D-Pad for its item menu because the developers realized how unimportant it is compared to controlling your character in combat. Other elements follow the same pattern. Such as stamina, which seems to be put into the game because they wanted to copy Dark Souls but without properly implementing it to affect the game in an interesting way.

Supported by some badass animations, you fight through undead monsters with a variety of weapons. There are some clever touches in the visual side of things, like your moves changing depending on your proximity to the opponent and their remaining health, even transitioning into a satisfying execution if they are low enough. The clean approaches to the character models and environments also help the game’s presentation. In between the fighting, there are some explorations and platforming segments to keep the gameplay from feeling too stale.

So how difficult is the game? Honestly, the enemies are uninteresting and can be more or less beaten the same way. The game as a whole is pretty straightforward as long as you can get around its gimmicks and terrible controls. I felt more frustrated with its “difficulty” than challenged by it, especially its punishing-yet-mundane platforming.

The barebones story of this game is that you were some great warrior fighting some evil necromancers, but they hit you with a spell to erase your memory and powers. Now you have to fight to get it back. I’m not going to condemn a story just for its concept, but for Demon Skin, it’s as unoriginal as it sounds.

The characters are utterly uninteresting, they are all firehoses of exposition with no real stories or personalities of their own. The few cutscenes look like concept art which only shows more action (which the gameplay has plenty of) and no story. Like what’s the point of that in an action game? 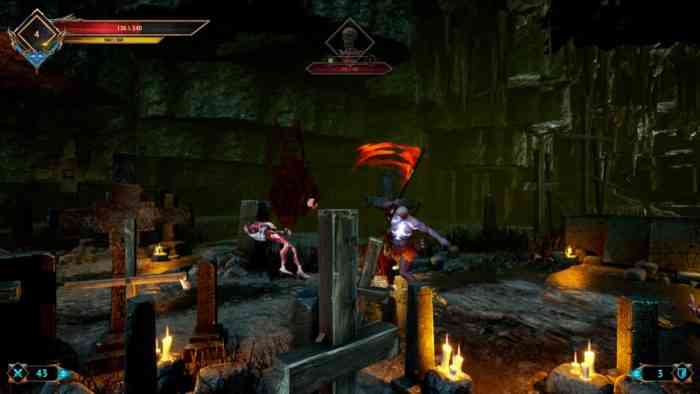 I’m going to keep comparing it to Dark Souls because they started it themselves, but how the hell do you end up with the bluntest, simplest story imaginable when your inspiration is the complete opposite? This story honestly feels like something written by an edgy teenage boy.

This just annoys the hell out of me because with the original Dark Souls approaching its 10th birthday, there are a lot of gamers out there who only know the game by association. I honestly think it gives people the wrong impression of what the genre can be like, and it cheapens the original masterpiece. Just like how first-person-shooters were called doom-clones before it, we really need a new name for this genre. 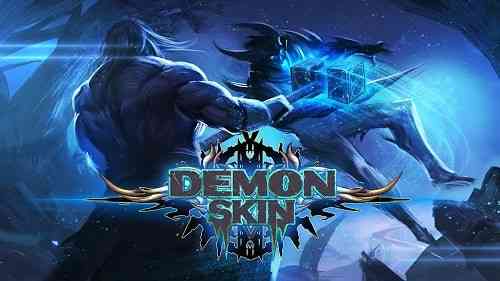