Playing Deathloop. Arkane Lyon’s ambitious new murder mystery shooter, it’s hard not to indulge in a game of spot the influences. There’s the studio’s own Dishonored 1 and 2, of course, plus a dollop of the BioShock franchise. Add in some Quentin Tarantino stylistic extremism, classic 1960s James Bond-like villains, Austin Powers humor, and of course, Groundhog Day’s repetition. It sounds ridiculously derivative, but Deathloop manages to be one of the most engaging and original shooters I’ve played in years.

Deathloop is full of mysteries and story revelations that I wouldn’t dream of disclosing, but the central conceit is that you play as Colt, some sort of agent, assassin, or operative who awakens on the beach of an island in a frigid sea, and you slowly piece together who you are, where you are, and why you are there. The “character with amnesia” is on page one of the big book of story cliches, but here it’s one of several mechanics that feel perfectly at home.

As you stumble up the beach, you find clues and directives literally writ large, and you hear the voice of a woman named Julianna simultaneously cajoling, encouraging, and threatening you forward. You find weapons, ammo, and gadgets, and you begin to piece together solutions to the core puzzle of your identity and purpose. You die and start all over again, remembering at least a little of what just happened. 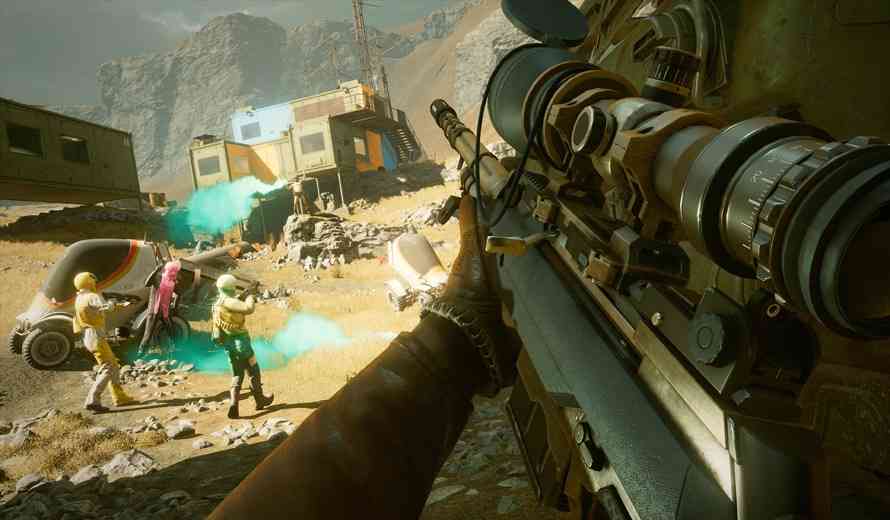 Over the course of several deaths and rebirths on the beach, Colt and the player gain a pretty clear sense of the conflict and the mission. You’re on Blackreef, an island caught in an endless time loop. To escape the island and the loop, you need to assassinate the eight Visionaries who are responsible for– and want to preserve — the time anomaly. Making your task more difficult is that you must complete your mission in one day, and you are being hunted by basically everyone, especially your nemesis, Julianna. The island and hub city of Updaam are divided into four regions, and each region is home to a couple of the Visionaries but at different times of the four part-day/night cycle. Each time you return to your home base tunnels, you move the clock forward, and if you die, the day resets.

Murder mysteries have notoriously complex stories full of red herrings, intrigue, and reversals, and Deathloop is a great example. Like the aforementioned BioShock and Dishonored, Deathloop is a masterpiece of environmental storytelling, with nearly every bit of graffiti, trash, and decor revealing something about the mod, alternative 1960s-ish setting, and its history. Of course, the beating heart of Deathloop is the love-hate relationship between Colt and Julianna, which is by turns antagonistic, strangely affectionate, and always slightly perplexing. It’s also hilarious, thanks to snappy writing and consistently excellent voice acting.

Deathloop is equally dense with gameplay mechanics, systems, weapons and abilities, introduced slowly and throughout the course of the game. Although it does a good job of on-ramping the player as Colt gradually regains his memory, it can seem a bit daunting until one realizes that, for all its arcane nomenclature, Deathloop is still basically trafficking in the same kinds of perks, upgrades, and special abilities as many action games or shooters. Slabs are dropped by the Visionaries and provide powers like short distance teleportation, the ability to throw enemies or become invisible, and killing Visionaries multiple times over different loops upgrades them. Trinkets upgrade weapons and personal abilities like melee kills or jumping. There is an arcane currency that allows Colt to keep gear between loops.

If ever there was a game where “play it your way” was more than a marketing line, it’s Deathloop, which allows Colt and the player genuine freedom in the way they approach assassinations, using stealth takedowns, special abilities, exploiting the environment, and of course the arsenal of pistols, rifles, shotguns, machine guns and toys like multi-function grenades. The diversity of approach takes nearly all the repetition out of replaying the same mission multiple times. Eventually, you learn the optimal route and array of weapons, but it’s a lot of fun figuring it out. 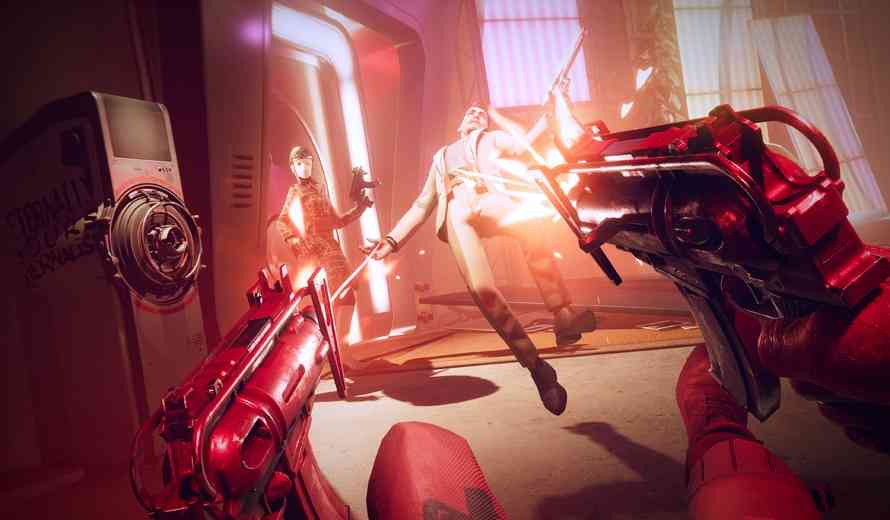 Deathloop has multiplayer of sorts, in the form of optional Soulslike invasions. You can choose to play as Julianna and invade someone’s game to hunt down Colt. If you prefer to play offline, the random invasions will still happen, but AI will control Julianna. This mechanic, along with the fact that Colt’s guns can frequently jam in the middle of a firefight, certainly adds an element of tension since dying will reset the day.

While Deathloop isn’t quite as spit-shined and showy as some recent PS5 exclusives, its visual bravado comes courtesy of its art direction, which is incredibly well done, suggesting the island as some sort of enclave of the swinging 1960s that is literally stuck in time. The haptic feedback potential of the DualSense controller is well integrated and adds both a sensory element to gameplay and additional immersion to the gunplay. However, the shooting itself is closer to Fallout than Call of Duty. Environmental audio and voice acting are absolutely top drawer, and Tom Salta’s musical score is one of the most varied, interesting, and effective that I’ve heard in months, and this has been a year of excellent game music. Using 1960s-flavored guitar and rock/funk riffs, snippets of pop, and more traditional orchestral sounds, Deathloop is almost constantly underscored with music, defining enemy encounters, building tension, or adding ambiance. It’s really a masterclass in-game music design.

Nothing is perfect, and Deathloop is certainly no exception. Generally, its faults and issues are minor enough that they don’t often break the fun factor. The AI Eternalist minions aren’t always brilliant, and they’re hardly persistent. There are some visual glitches, characters get stuck on scenery or in animation loops, and sometimes mission markers refuse to go away even after objectives have been met. Deathloop doesn’t always clarify how its many systems work together, though there is a codex and optional tutorials. Part of the opacity is a feature, not a bug, and if we struggle a bit to understand, well, so does Colt. Still, it takes a good, long time for the story to coalesce and the action to pick up steam. 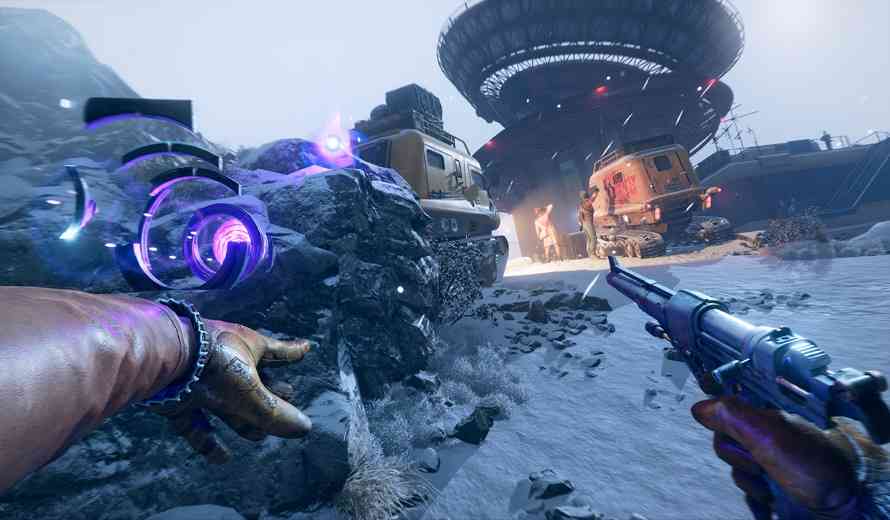 If you thought Groundhog Day would have been even more awesome with guns and assassinations or that Dishonored would have been a better game if only Quentin Tarantino had directed it, you’d probably enjoy Deathloop. Despite some issues with pacing, bugs, AI, and mechanical clarity, Deathloop is smart, funny, intricately designed, and driven by engaging action, cool puzzles, and relative freedom to approach its objectives in various ways. Deathloop is an addictive and rewarding shooter and one of the most ambitious action games this year. 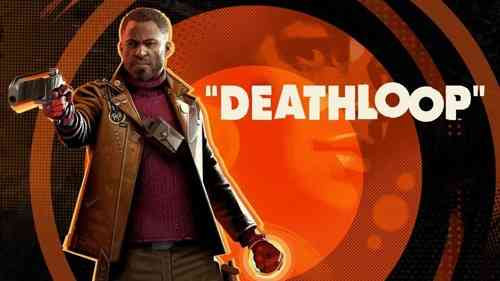