Dishonored: Death of the Outsider Review

For three titles now, the Dishonored franchise has portrayed a world of rampant greed that hides behind velvet and brass. The corrupt elite, they dress like royalty and sit in high towers, far away from the festering muck below. While Dishonored and Dishonored 2 gave the player a chance to send some of those high towers crashing down, I didn’t feel like I was doing any real justice until I was in the shoes of Billie Lurk during my time with Dishonored: Death of the Outsider.

Taking place after the events of Dishonored 2, one-time antagonist Billie Lurk seeks to reunite with her old mentor, Daud who’s been taken by a cult known as the Eyeless. What follows is a series of assassinations, a bank heist, and, of course, the killing of a God. In true Dishonored style, these events take place in the plagued beauty of a steampunk world that’s not found in any other game today.

Lurk isn’t as well-equipped as the previous playable characters in the series, but in no way does that mean she’s not nearly as lethal. With only three supernatural abilities at Billie’s control–none of which can be used offensively, the player is provided with a more traditional arsenal. Many familiar toys of destruction return from Dishonored 2, like the springrazor trap, but there are some new toys too. And I can’t forget about bone charms, which play the most pivotal role in aiding the main character than they have in any titles before. 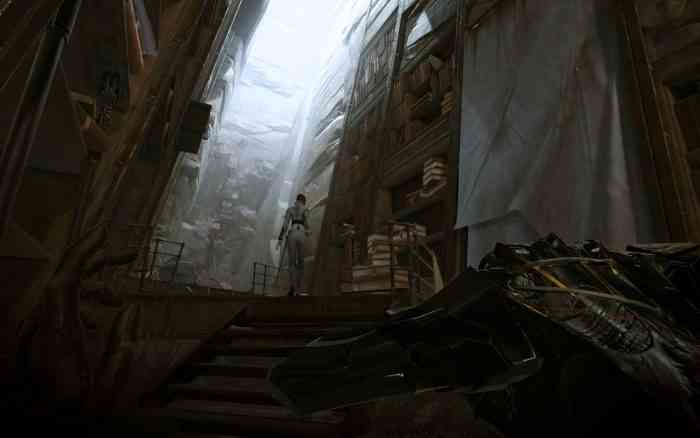 This hedging of abilities makes for quick combat that leans more towards making a mess than darting through shadows. It doesn’t remove stealth from the game–it wouldn’t be Dishonored without it, but there’s an inherent pull towards wreaking havoc when new inclusions like the hook mine are capable of ripping bodies in half and leaving them to hang from the ceiling.

Also, there’s Billie. She herself feels more likely to leave no witnesses than to spare the working man. Lurk isn’t fighting to save a duchess or to return stability to a faltering nation, her journey starts out as simple as finding someone she cares for. She’s not high on any totem pole, and she doesn’t feel the pull of the moral good. By the end of her journey, she may be a God-killer, but that doesn’t mean a damn thing to her.

It’s through Lurk that the real essence of the entire Dishonored series is captured. These dark narratives have always been about nobility milling around with the rest of us when it should have been the exact opposite. I’ve loved playing as Corvo and Emily, but they’ll never come close to embodying that low-born grit that Billie Lurk carries in her swagger.

“when I think about my time with Death of the Outsider, I don’t immediately think of the shortcomings in the story, I think about that oh-so-sweet combat that exemplifies my love for this series.“

That may be a blessing and a curse because Lurk’s prominence in my mind accentuated the fact that Death of the Outsider exists in a bubble. In truth, every Dishonored game feels isolated level-to-level, but Death of an Outsider’s journey was the first to be hurt by the isolation. It’s a short game, which means most of the lore and character development comes from animated slides and a voiceover, or some soggy letter you’ll find in a sewer grate. Hell, they even went as far to kill off a main character in one of these animated transitions. As much as I loved the terse interactions that Lurk has with the denizens of Karnaka, nobody was ever given a chance to grow, including the protagonist herself.

With only five levels, don’t expect many plot-changing decisions to be made. There are none, in fact. Your story will come to a fork in the path, but only seconds before it actually ends. This is a first for the Dishonored series, and it feels…different. This goes for playstyle too–regardless of how many bodies you leave in your wake, nobody seems to take notice. 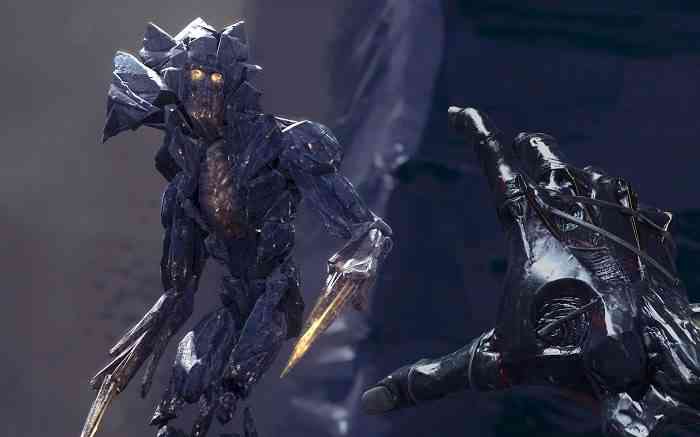 But this standalone expansion wasn’t meant to be nearly as in-depth as its predecessors, so my complaint of a stunted journey only means so much–and I acknowledge that. Happily, in fact. Because when I think about my time with Death of the Outsider, I don’t immediately think of the shortcomings in the story, I think about that oh-so-sweet combat that exemplifies my love for this series.

Whether it was in a stealthy move or not, Lurk’s blade is so damn fun to employ. As I made my way through beautifully-designed levels, I felt myself becoming more of an effective player. Soon, near the end of Death of the Outsider, I was pulling off brutal combos that I thought would be Youtube-worthy. Of course, there’s already someone doing that, and to a masterful level, I might add.

Yes, I wish I had more time with this story, but that’s usually a sweeter than bitter feeling. My wanting for more is because Billie Lurk is Dishonored and by proxy, for the first time, so am I.

For a very, very long time, I’ll remember the Spector Club, a boozy haunt of the Eyeless cult, if only because of what it looked like after I was done with it. Sneaking in through a second-floor window, I laid waste to anybody who tried to cross me in an almost elegant fashion. As my blood-drenched boots descended the stairs to the crowded first floor, I rolled a severed head into the crowd of still-living cultists. First, there was an alarm, then the sound of a dozen swords leaving their sheaths. I smiled. For me, this is what Dishonored should have been about since the start. 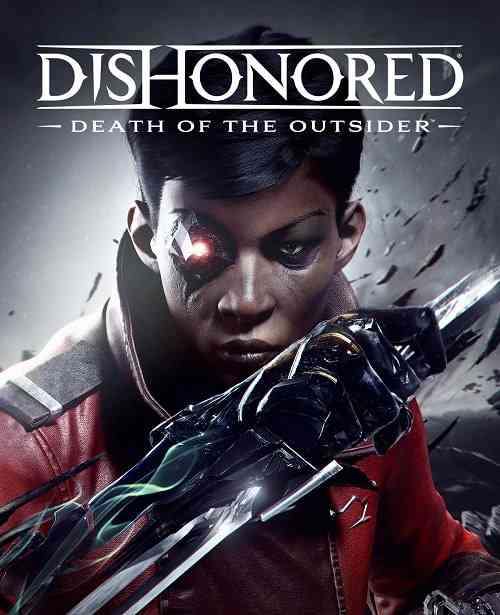 Bethesda Is ‘Putting Finishing Touches’ on Starfield
Next Figment Review – Beautifully Unique Stunner Is One of the Year’s Best Games
Previous Divinity: Original Sin 2 Review – An RPG for the Hardcore RPG Lover