Dead Synchronicity begins in darkness, with a voice calling out for you: “Wake up Michael, it’s time to wake up.” As you slowly regain consciousness, you find yourself in a dirty little trailer that belongs to Rod Atkinson. Rod explains that what you are seeing is the “New World” following an explosion known as the “Great Wave.” This world changing event destroyed the world and left a small amount of people in refugee camps barely clinging to their lives. Michael is told that there is a pandemic known as the “Dissolved” where the infected melt into nothing after being infected. As Michael cannot remember anything from before he woke up, he leaves his shelter, venturing off to try and get some answers about the dissolved, the great wave, and his past.

Throughout the story, Michael experiences time and space distortions that only add to the interesting plot. The story of Dead Synchronicity centers around the horrific nature of both the dissolved and the great wave, with each act of the story revealing more gruesome details than the last. From sexual assault to murder, the plot has some very dark and bloody twists that truly make the game for mature audiences only.

“As a PC port with great 2D art style graphics and a unique storyline full of dark moments, Dead Synchronicity has a lot of potential to be a great game on the PS4.”

While Dead Synchronicity focuses on the horror of the post-apocalyptic world, the gameplay is riddled with problems that affect the enjoyability of the game. A lot of the puzzles are frustrating as they don’t make much sense with the story or in general. For example one puzzle will have you pair a broken tooth with a camera to keep the back shut. The saying desperate times call for desperate measures works perfectly here, however the pairing is just so out of the box the only way to figure it out is by spam clicking all of the items together. Some puzzles also require a lot of other ones to be completed first before you receive an item to use.

On top of the confusing and frustrating puzzles, there is a lot of dialogue which could be a good thing if it added something interesting to the story. Instead it seems like it is just used as a way to ask a million questions of each character you meet. Similar to the style of Witcher, there are multiple dialogue options when you talk to people, yet unlike Witcher, it is poorly executed. As a result this makes the game longer than it needs to be. While the story takes four or five hours to complete, the only reason it is so long is because of the dialogue. After a while, all of the talking becomes quite tedious. 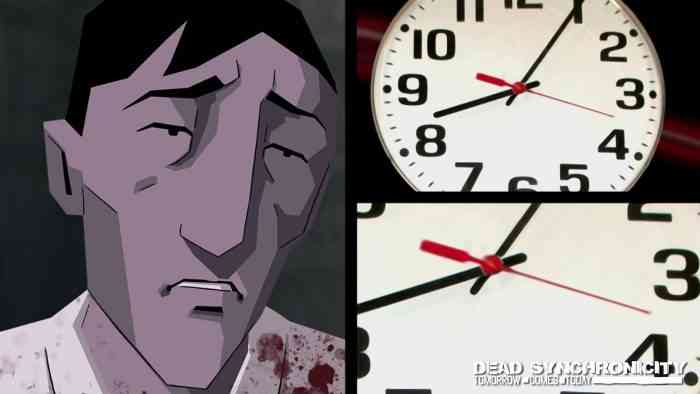 On the topic of dialogue, and making matters worse, the voice acting is absolutely terrible. The voiceovers are robotic and monotonous, and regardless of which character is talking, you are better off with the sound on your TV turned off. Amplifying this problem, the AI characters all sound disinterested in their own stories, and they each have their own personalities that seem completely mismatched with their voice acting. There is a guy, Hunter, who has an english accent, yet calls Michael ‘dude’ which just seems weird. Besides the voice acting, all of the other game sounds fit nicely with the story, and add elements of suspense and horror to the plot. While there is limited background music, it is all well done.

The 2D graphics look as if they are out of a comic book and aside from the slow animation, they are done well. The graphics are unique and artistic, adding some enjoyability to Dead Synchronicity. When the sound is off and you are playing the game using only the graphics and dialogue, it becomes easier to play overall.

The controls are simple, as the analog sticks move your character and allow you to change which items you are looking at, and the X and O buttons allow you to interact with the items. R2 and L2 both highlight areas of interest which act as hints throughout the story. Although these controls are easy to use, the point and click mechanism of Dead Synchronicity does not mesh well with the use of the controller on the PS4 making it difficult to click accurately on the items sometimes. 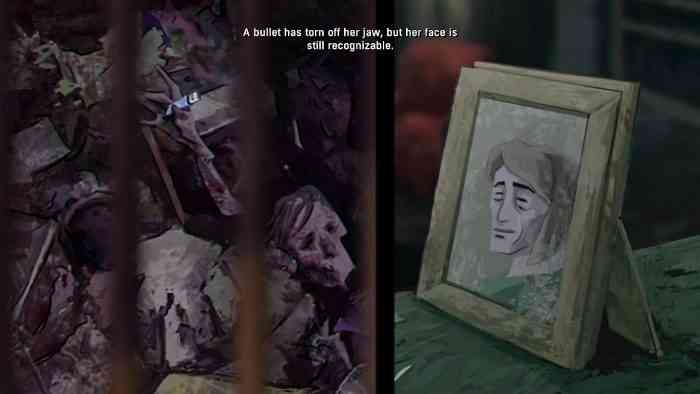 As the first in an episodic series, Dead Synchronicity ends quite abruptly, which is very disappointing after putting the time into the story. While there are some major flaws throughout the game, once you are interested, you become invested in answering all of your questions. Between the horrendous voice acting, the puzzling puzzles, and the long dialogue sequences, Dead Synchronicity has some flaws that the suspense and horror just cannot fix. Although the shock and awe of the horrific storyline is unique and the artistic graphics are fantastic, Dead Synchronicity just fails to impress in any significant way. The game plays as if Fictiorama Studios and Daedalic Entertainment are expecting you get lost in the horror of the story and forget about the actual game mechanics. 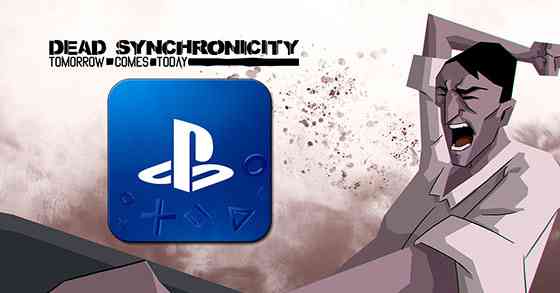