Darksiders 3 Review – An Unfortunate Misstep in the Apocalypse

Developed by Gunfire Games, Darksiders 3 continues the rich mythos of the Darksiders universe shortly after the events of the first game in which the Horseman, War, has set the apocalypse in motion. Players take the reins of the Horseman, Fury, tasked by the Charred Council to collect the Seven Deadly Sins which now plague the world. Given that the initial Darksiders launched in 2010 and its sequel in 2012, Darksiders 3 opens with a narrative that heavily banks on you remembering the events of the previous two games over the span of the last six years and offering little in the way of a refresher. At first, this felt like a good way to have Fury strike out on her own story, but even the small amounts of narrative we do get are simply not enough to pull me back into this world that should be incredibly interesting to get lost in.

As Fury begins her quest to gather the Seven Deadly Sins, the Charred Council assign her a Watcher to keep her on task. It’s a simple way to give Fury a counterpoint companion to play off of with their first meeting implying the Watcher is a fan of Fury’s methods. The Watcher’s personality then shifts between being a cautious ally and smart-mouthed annoyance with little rhyme or reason. Fury herself has many fantastic lines of dialogue to show how calloused and brutal she can be, yet an attempt to humanize her in the early events of the game feels shoe-horned and unnatural. With both protagonists being all over the place, neither of them feel strong enough to carry the experience properly.

While its predecessor felt like a hack and slash with minor exploration, Darksiders 3 is decidedly more linear with an emphasis on skill-based combat over button mashing. Enemies will quickly surround Fury and often do large chunks of damage, so learning to perfectly dodge will be crucial to victory. Even encountering a few low-level enemies can be taxing on your health bar unless you take the time to approach battle with strategy and skill. That being said, Darksiders 3’s control’s felt unnatural to me, with the attack and dodge buttons in what felt like opposite positions. At first, I thought it would just take a little adjusting to get used to but even after a few hours into the game I still found myself hitting the wrong button because it simply isn’t intuitive, nor does it offer the option to button map. 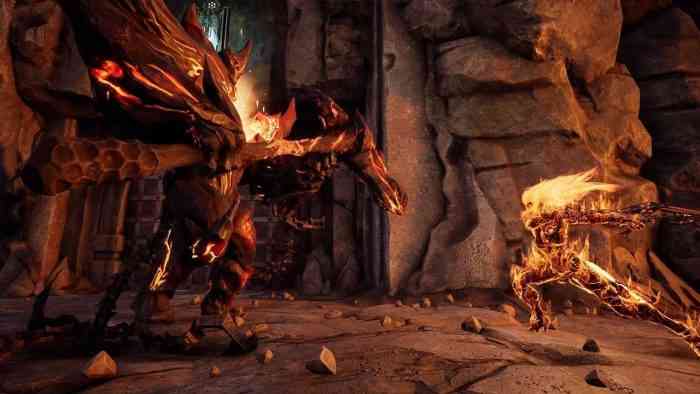 I say skill-based combat to avoid the overused comparison of a certain game about Souls, but I immediately noticed similarities not just in the dodging and timing aspect of combat but also the use of items. Your Nephilim Respite is a healing potion that will refill as you defeat enemies, however, using it or any of the consumable items requires Fury to be completely motionless and then take her time to administer it. This means creating a significant distance between you and an enemy before using said item. It’s an artificial means to make combat feel harder but instead, it makes it awkward and annoying.

Fury is gifted elemental powers from the Lord of the Hollows, of which each element grants a new method of traversal, super attack, and weapon. The abilities these elements grant can make for some awesome combos and add another layer of strategy to combat, however it takes a lengthy amount of time before Fury gains these abilities making for a rather boring introduction to the game. This, combined with incredibly long load times, choppy frame-rate issues, and the unnecessary inclusion of crawling segments, has led me to question if the game is indeed finished. Characters like Ulthane the Maker, Pride, and even Fury herself feel graphically outdated. During cutscenes characters randomly shift into position as the camera angle changes. While it is far from unplayable, my expectations for the game were high, but simply weren’t met. 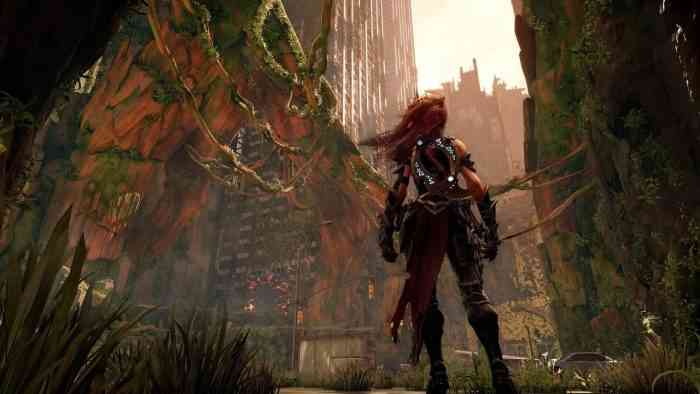 Darksiders 3 could have done so much more for the franchise as they branched into the Souls-like style of gameplay, however, frame-rate problems, long load times, outdated graphics, and the kind of bugs that shouldn’t be a problem anymore coupled with a lacking narrative and shoe-horned character development left me disappointed. I wanted to get pulled into this world once more, but instead, I was left wanting to get out. 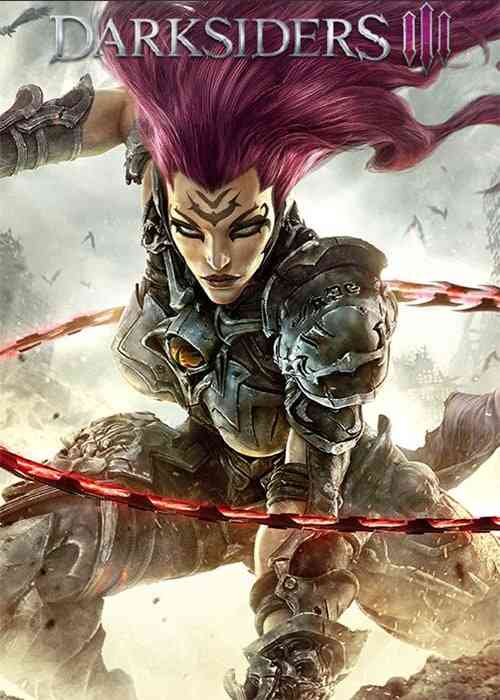 Destroy All Humans: Clone Carnage Goes Free to Play*
Next This War of Mine: Stories – The Last Broadcast DLC Review – Tough Choices
Previous Thronebreaker: The Witcher Tales Review – A Tale to Remember