Hell’s Sense of Humor without the Sadism

When it comes to point and click adventures, there’s only so much to expect but with a demon raised by humans, the standards were high. With a funny character and a story to trigger my prankster side, my best hope was for an engaging adventure to boot, one that made me more than a casual observer. Fortunately, it did. Here’s what I got out of Epic Llama’s Darkestville Castle.

Darkestville Castle gameplay begins in one of the best ways possible, by landing some jokes. Just a few observations from the character Cid, and I gained a sense of what the game had in store. Cid is the weird, talkative demon protagonist the player must guide throughout the world. Therefore, every tap of the cursor holds the promise of bizarre dialogue and demonic humor. The game healthily solicits curiosity and delivers clicks in the form of satisfying punchlines. Granted, you might not find every single line funny, but if you’re anything like me, you can appreciate the clear effort in the writing. Said writing is also prevalent in the lore that’s built around Cid. So, what interesting lore lies under the nooks and crags of Darkestville?

We have an alluring setting for anyone with an affinity for dark, gothic places. Let’s get this out of the way; if Halloween is your favorite holiday, you are likely to love everything about the world of Darkestville and its characters. Don’t get the wrong idea, though, there’s nothing scary about the game. There’s a harmless dose of macabre infused into a comedy adventure. Furthermore, every single personality is unique, every voice different, and every area holds its own mystery. But, the world isn’t very big in terms of scope.

Once the adventure kicked off, it was hard not to get excited at the prospect of traveling with Cid. With his tong-and-cheek wit, he consistently delivers amusing exposition and dialogue. The more versed you are in geek culture, the more references you pick up on. You can almost say the humor scales with what you know. Even so, there’s a constant portrayal of ridiculousness that made me laugh out loud at times.

Whenever I wasn’t laughing, my brain had to play the biggest role in the adventure. Though funny, Darkestville is mentally demanding. There are a plethora of items to be found throughout the world, and every single one has its use. I appreciated that fact, but I easily got lost in trying to figure out what the hell I was supposed to do. I eventually realized the importance of paying attention to dialogue and surroundings. Which makes me jump to my next point. 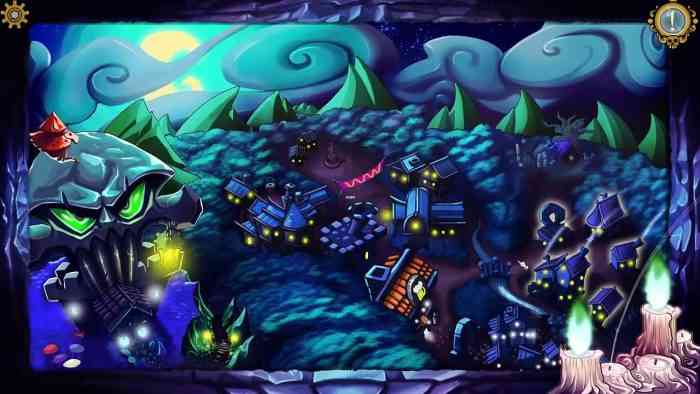 There’s no clear-cut path to the next objective in Darkestville Castle. You must talk to every single person and pay extra attention to catch the hints woven into the dialogue. Dialogue suggests the next step, such as who to talk to and what item combination you need to progress through the story. The game doesn’t hold your hand; it’s simply – here are the facts, here are objects that look like trash, now do something. Thinking back on it, I was MacGyver and many of the game’s solutions seemed impossible until they happened. Progress is a matter of putting two and two together.

And in searching for items throughout the world of Darkestville, the map’s size became glaringly obvious. It’s not so bad since every location has its share of mysteries, but the constant searching inevitably led to repeat interactions. I asked myself: “What did I miss?” “How does this obscure object relate to this character?” I couldn’t tell if the learning curve was high or I was simply an idiot. Probably the latter. 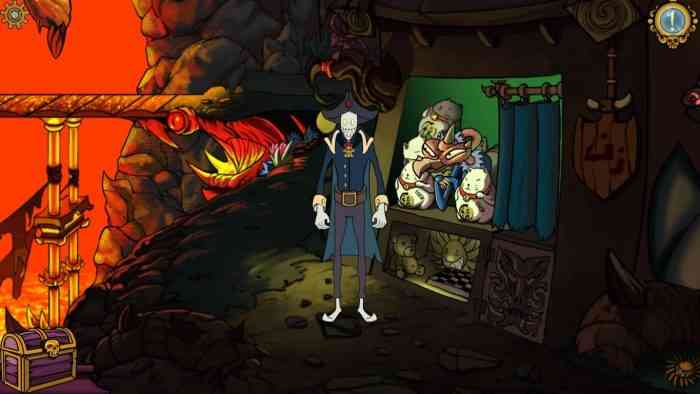 Alas, less than halfway through the story, a final revelation hurt my experience. I learned that the variety of dialogue in the game was inconsequential, granting the illusion of choice and no possible story repercussions. Because Darkestville castle requires great attention to detail, every possible dialogue option has to be clicked in order to cover all your bases. If you don’t, it’s easy to miss an important point. As a result, interactions seemed forced. The choices that popped up became more of a checklist, and that’s detrimental to any game. To the developer’s credit, there was plenty of variety and humor in what the characters had to say.

When all is said and done, Darkestville Castle adeptly invites the player to think outside the box. There’s a good story, great dialogue, and an interesting world to discover. On the downside, there’s no real choice involved, and it transitions into an experience where solving problems is a matter of clicking everything on-screen—no elaborate navigation necessary. However, if you enjoy Point and Click and clever humor, I don’t see a downside to this new adventure. 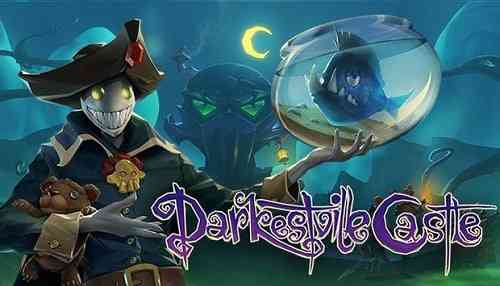