Cursed to Golf is about the GOAT of golfing. One day, on the final hole of the greatest golf game of all time, our hero is struck by lightning. They die immediately and plunge into Golf Purgatory. A very epic Scottish ghost named The Scotsman reveals that Golf Purgatory can be escaped if the player can make it under par on all 18 holes on the most difficult golf course in all of creation.

This story sets up Cursed to Golf’s gameplay perfectly. if you don’t make par, you die and start from the beginning with nothing. Cursed to Gold is a 2D golf adventure with Roguelike mechanics. The player times a fluctuating power meter then strikes the ball when the dotted lined representing the shot is in the perfect position. The only clubs to choose between are a driver, iron, and wedge. Each shot can be cancelled at any time, if the player wants to switch clubs, or adjust their power. The controls are very precise.

There are no Bogeys, only Death

Since coming under par equals death, the player has a deck of Ace Cards, which provide different powers, such as allowing practice shots, or destroying obstacles. There are lots of different cards, but they are all single-use. When a course is completed, the remaining shots convert to money, which can be spent to buy booster packs of Ace Cards. Specific card purchases are very limited. 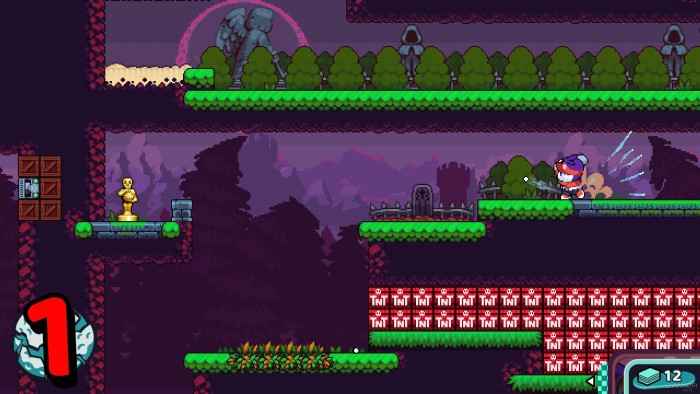 The single 18-hole course is procedurally generated. There are lots of course elements that get introduced over time, such as teleporters, fans, ball-stealing skeletons, etc. But the majority of the game remains the same. Cursed to Golf forces you to get better at the game to progress, but doesn’t power up the player the way Hades does. Ace Cards are lost with every death, and the player always starts with the same small set. There are some new abilities that get learned over time, but these are few.

Cursed to Golf has cute 16-bit visuals, with lovely pixel graphics. The presentation is filled with fun humor. I especially loved the design of The Scotsman, the Scottish power ghost who shows the player the ropes of Golf Purgatory. He also sells Ace Cards at a shop called Eterni-Tee. Normally I’m offended by puns, but that one is pretty impressive. Another example of the game’s great sense of humor is that the player is awarded a gold trophy for becoming the GOAT of professional golf, which happens about a minute into the game. Trophy hunters take note! 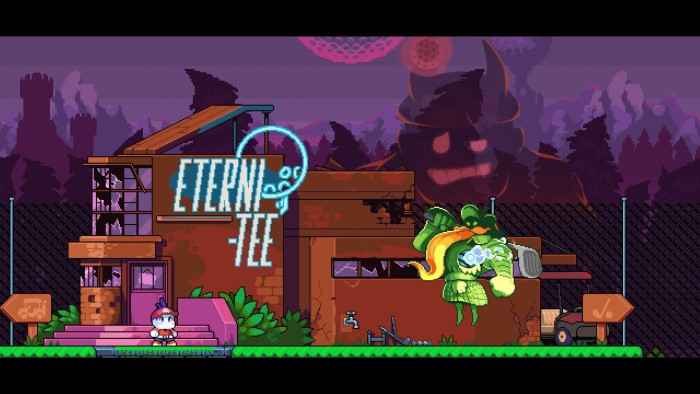 Unfortunately, Cursed to Golf has a lot of bugs. My first game crashed during the tutorial, and I had to play through the whole thing again. It’s unskippable. Sometimes the game just switches your club between shots. This might be handy if it always switched to the most useful club, but it’s just a random bug getting you to use a random club instead of the one you just used, even if that club would still be the most useful. Sometimes your golfer is just facing the wrong direction. You can change directions at any time, but this is a pretty annoying, basic problem. The developer did provide a long list of known bugs, and said a patch is arriving soon.

There are a few other critiques of note for Cursed to Golf. The main one is that there is no local or online multiplayer, and this is a huge missed opportunity. There’s also no putting mechanic, just using a wedge with some spin. And lastly, the game isn’t as quick as I would’ve hoped it would be. Cutscenes are a little too slow-paced, and there’s more animation than one would expect between shots. There is a fast-forward button, but a game that requires so much precision, and repeat failure, should move faster.

The publisher was kind enough to provide us with PS4 and Switch codes. Cursed to Golf looks identical on both systems, and plays smoothly on both. I actually encountered less bugs, and no crashes on the Switch version. But it really comes down to preference of trophies or portability over which version to choose. 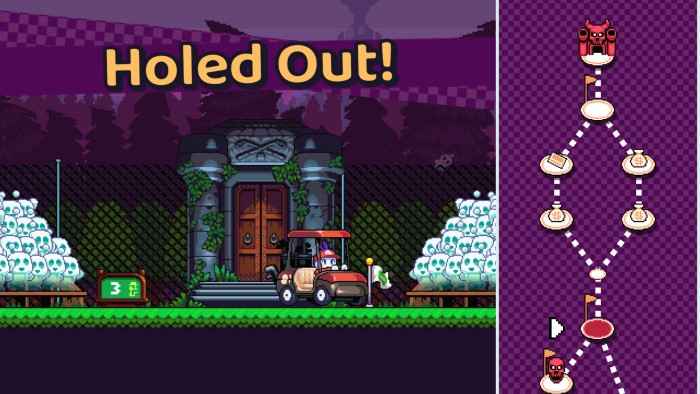 Cursed to Golf is a great idea for a game. It’s a very difficult 2D golf game with precise controls. Although it’s a Roguelike, I enjoyed it less like I enjoyed Hades, and more like I enjoyed Super Meat Boy. I just can’t believe there are no multiplayer options! And there are some bugs that need fixing. Playing Cursed to Golf was great fun for a few hours, but as a single-player-only experience, I’m not sure how many players will be captivated long enough to try to conquer all 18 holes. 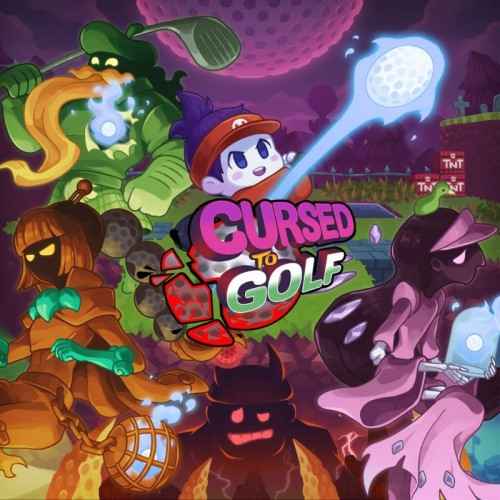