I’m not ashamed to admit that, on occasion, I enjoy me some pulpy vampire fiction and while bloodsuckers are a staple of the video game bestiary, story or character based vampire-themed games are relatively rare. Although only part of the story and world, vampires make up an important element in the visual novel Crimson Spires, first released in 2020 for PC and Switch, and now making its way to PS4/5 and Xbox.

Crimson Spires has a heavy amount of weirdness blended into its story, so fans of off-kilter fiction and eccentric characters will probably enjoy this. Crimson Spires is set sometime in the recent past, though its a little ambiguous about when, and centers on FBI agent Erika Wright, who is unexpectedly sent to the backwater mining town of Bataille, Missouri. A notorious — but, as we’ll learn, witty and charming — serial killer named August Flynn has escaped while being transported and Wright is sent to investigate and help catch the escapee. Not long after, the mysteries begin to escalate. Strange creatures appear at the periphery, and huge towers rise out of the landscape surrounding the town, instantly killing anyone who tries to penetrate the barrier.

All that’s a prologue to the main story, which begins six months later, as Erika has become Bataille’s by-default law enforcement and the town is cut off from the world, with only a truck bringing in a weekly supply of food for the dwindling number of residents and no means of escape or outside communication possible. I will say that buying what Crimson Spires’ story is selling requires a fairly hefty suspension of disbelief, but maybe no more so than for books like Stephen King’s The Dome, or for that matter, any novel, game or film about an immortal race of bloodsucking undead humans. As Johnny Carson said, “buy the premise, buy the bit.” 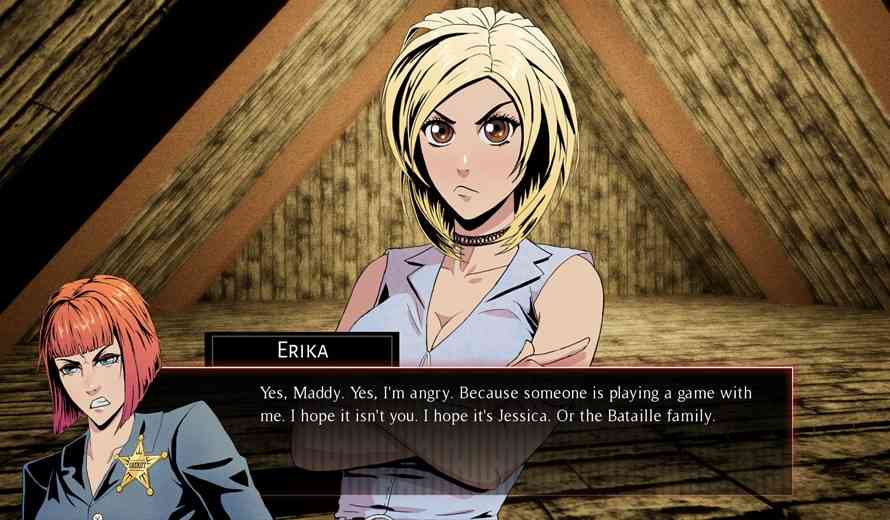 So: August Flynn is Bataille’s only resident prisoner, Erika is treading water in the locked-down little burg and the mystery of the deadly Crimson Spires remains unsolved. Erika is tasked with investigating two missing students, and the story kicks into overdrive, with several new characters being introduced — Maddy Gray, Julian Bataille, and Liam Bataille — all of whom can partner with Erika. They can also become potential love interests as well, and it’s worth playing through the story a couple of different times to see how the romantic choices impact the tale. To talk much more about the narrative would be spoiling the fun. All of the characters are well written and interesting.

Crimson Spires is a visual novel, so the majority of the game is dialogue underneath static illustrations. Occasionally, the game will shift into a third person action mode, allowing Erika to freely move around the environment and interact with objects. The mechanic feel irrelevant and out of place in what is otherwise a pretty pure visual novel. While the voice acting is generally very good, only some of the characters are voiced, and those not consistently, giving that aspect of the presentation a patchwork or incomplete feel. While I understand that making the player-character mute might help with player identification, I would have loved to hear all the dialogue. 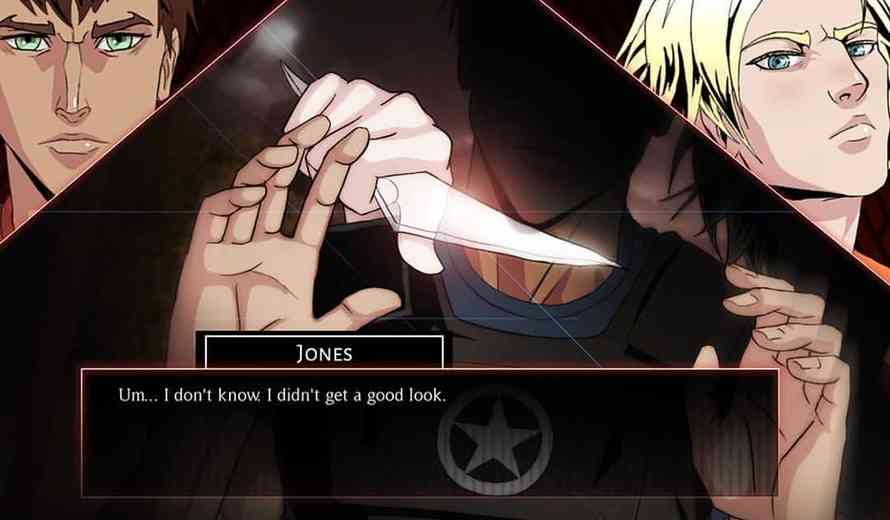 The art style splits the difference between realism and stylized anime-type illustration. For the most part it’s engaging, though every now and then a facial expression fits neither the tone of the vocal actor or the script. The game works well with a controller and there is option for adjusting the speed of the dialogue, always welcome in any game or visual novel that is all about the text. Speaking of the narrative, it feels like it comes from writers versed in literary techniques, without too much of it being expository or worse, vague. Mysteries and supernatural stories are difficult critters to tame, but the writers of Crimson Spires find a way to do it. Not having played the game in its previous incarnations I can’t speak to the differences (if any) on PS4/5, but obviously the graphics and game play are no challenge to the system. 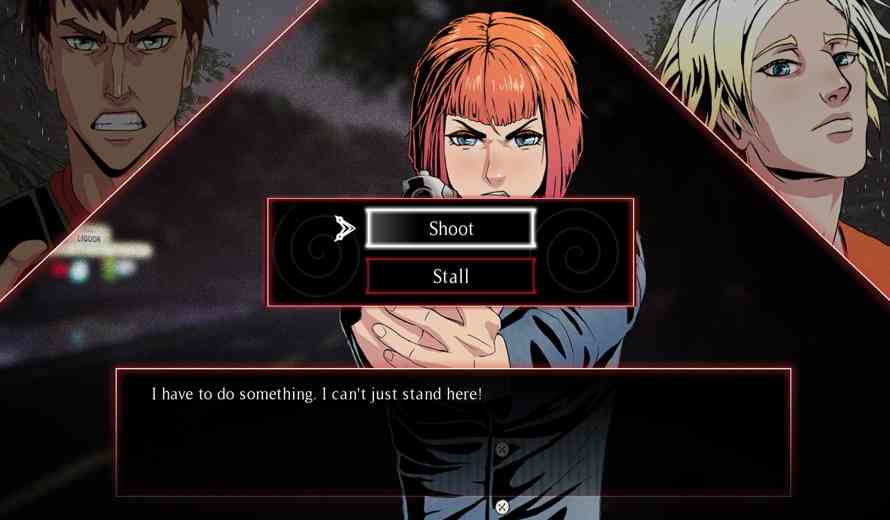 Crimson Spires is a visual novel that has interesting characters and a relatively unexplored setting for the genre. Combining romance, science fiction, horror, mystery, vampires and the supernatural into one tasty soufflé, Crimson Spires isn’t a perfect meal but it’s definitely worth tasting. 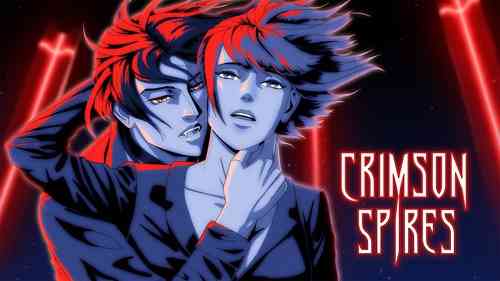 You Are in for a Treat With Guardians of the Galaxy’s Epic Soundtrack
Next Road 96 Review – Life is a Highway
Previous Assassin’s Creed Valhalla: Siege of Paris Review – A Slightly Stale Baguette