Indie games have evolved to the level of quality that gamers could expect from big games 10 or 15 years ago. Coromon is a great example of a game that could have been a classic Game Boy Advance or 3DS title. And that’s not a knock on the game by any means. Coromon is still a very solid game in the present day.

Coromon has a familiar feel that you have likely had in the past. However, it does provide a differentiated experience that does just enough to set itself apart. At its core, Coromon is a monster collecting/battling game. It’s got all the familiar elements such as evolutions, elemental weaknesses, random battles occurring on specific tiles, and more. However, Coromon is its own experience and is one worth having if you are interested in the genre.

At the outset, Coromon starts you off at home as you leave for your big adventure. It’s not a quest for badges, but to begin your dream job as a Battle Researcher for Lux Solis. After you select your starter Coromon, your journey begins. While many elements have been explored before, Coromon does a good enough job of providing a narrative that pushes you along. What starts off as a new job soon changes to one much larger in scale. And where the story goes did enough to keep my interest, despite it being relatively generic.

The core gameplay loop involves navigating from area to area, battling trainers, catching Coromon, solving puzzles, and completing quests. The main quest revolves around six Titan bosses which are multi-stage battles and generally a breath of fresh air compared to typical boss battles. Despite the familiar experience, Coromon has some novel ideas related to its core systems. For example, Coromon have an overall pool of SP for their moves rather than a limit of uses for each move. Likewise, Coromon not only evolve based on their experience points but also a second bar for their potential, allowing trainers to add attributes of their choice to spec their Coromon as they see fit.

Aside from various differences compared to traditional elements from games of the genre, quality of life improvements are also a godsend. The ability to teleport/fast travel early on is great, especially as side quests begin to pile up. Compared to its influences, Coromon is generally a more rewarding experience, literally. Quests are easily found in your Logbook, indicating any active quests along with what they entail. Furthermore, the Milestones feature is a nice “battle pass” sort of feature that rewards you for battles won, evolving Coromon, and much more. 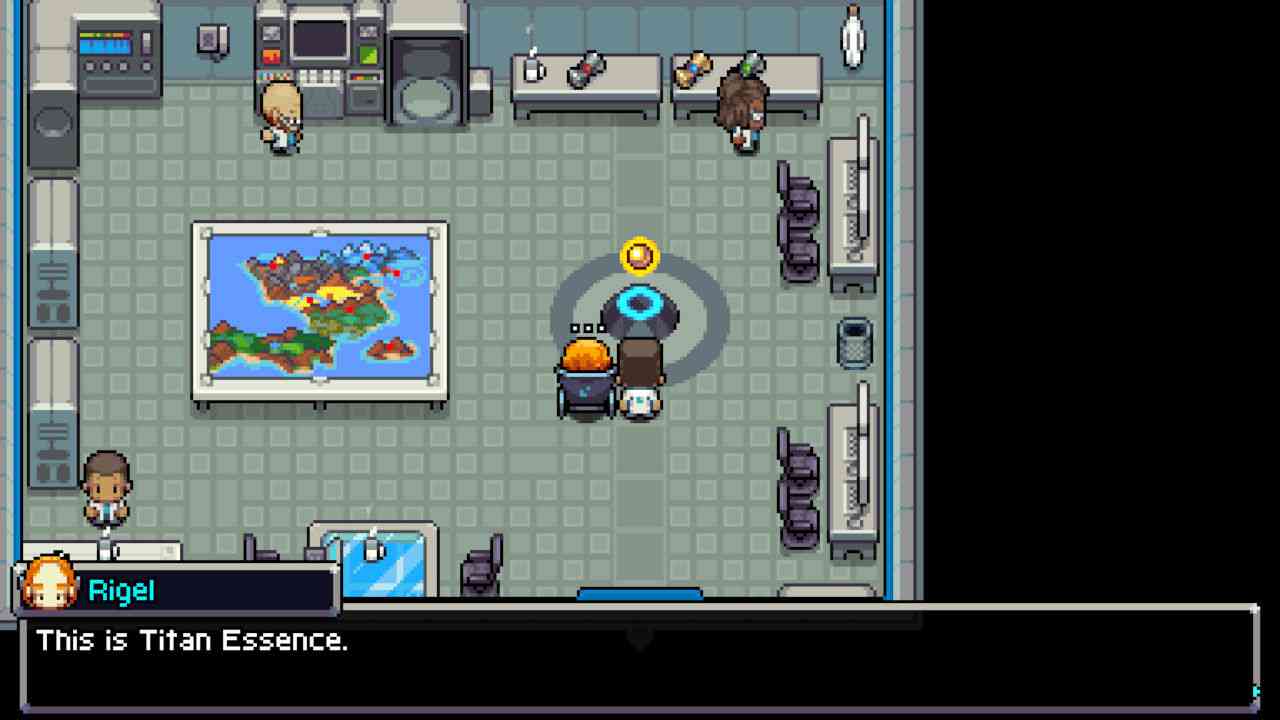 Lastly, with regards to gameplay, I want to applaud the game’s difficulty options. While the default settings present a decent challenge, players are free to select easier or harder difficulties. Or, they can simply mix and match various options. For those embedded into the genre’s community, the game features a native Nuzlocke mode, which limits Coromon catches as well as making you lose your Coromon when defeated in battles. There are numerous reasons to praise difficulty options, but simply put, it allows you to play the game however you see fit.

The title’s aesthetic also sets itself apart. While in the overworld, the game is reminiscent of indie titles such as Stardew Valley. Where Coromon differentiates itself is in its battles, featuring aesthetically pleasing backgrounds that match the environments you are in. Overall, the visuals of Coromon could simply be referred to as charming and vibrant.

You might simply write off Coromon as a copy of other games. But think of it as more of a game inspired by previous works. While the inspiration is obvious, various design choices within the gameplay are clear upgrades, including difficulty modifiers and the Milestones feature. If you are a fan of monster collecting games, Coromon is differentiated enough to give it a try.