Chronos: Before the Ashes Review

Developed by Gunfire Games, Chronos: Before the Ashes has, much like its own narrative, led an interesting life. Originally released simply as “Chronos” back in 2016 on the Oculus Rift as a VR title, it has since been reworked and updated as a third person outing and prequel to Remnant: From the Ashes, which recently hit a milestone in copies sold. Chronos: Before the Ashes uses many familiar mechanics, locations, and creatures from Remnant but is otherwise a wholly unique experience. Whereas Remnant is an apocalyptic over-the-shoulder cover shooter with procedurally generated stages, Chronos: Before the Ashes takes a much more fantastical approach.

The opening cut scene sets the stage for what is to come. The world used to be full of great buildings and thousands of humans until the day the dragon came and spread corruption. The dragon lives at the center of an incredible labyrinth, and on your 18th birthday, you will be tasked with finding the dragon and slaying it to save the people. While it isn’t anything new to send a child to save the world, where Chronos differs – and indeed where its name comes from – is the games aging mechanic. Each time you die you are kicked out of the labyrinth to return a year later and a year older. Every 10 years you’ll unlock new permanent buffs to keep you in fighting shape, however, the older you get the more your strength and agility will begin to waver. Your body will begin to slow, but to balance that, your magical prowess increases, offering you new ways to combat foes.

Speaking of combat, Chronos is entirely focused around up close, melee encounters. You’ll find this plays out similar to a typical skill-based game like Dark Souls with the options to parry, block, and dodge. I greatly appreciate that you can move, dodge, and even attack while keeping your shield raised instead of having to drop it to perform a maneuver. That second between dropping your shield and swinging your sword can mean all the difference, and Chronos doesn’t want you to be at too much of a disadvantage. The game does offer a parry feature, however, the extent to which it explains it is a brief blurb about “if you can time a parry right, the enemy will be staggered” but there is no example, tutorial, or cue to know when that is. I found it far better for my play style to rely on blocking and dodging than trying to parry, however, I am positive Souls-like fans will know exactly what to do. You’ll also discover dragon stones as you progress, each one offering you a chance to replenish your health. These life-saving items will refill themselves… however only once you have died, so you’ll want to use them sparingly. 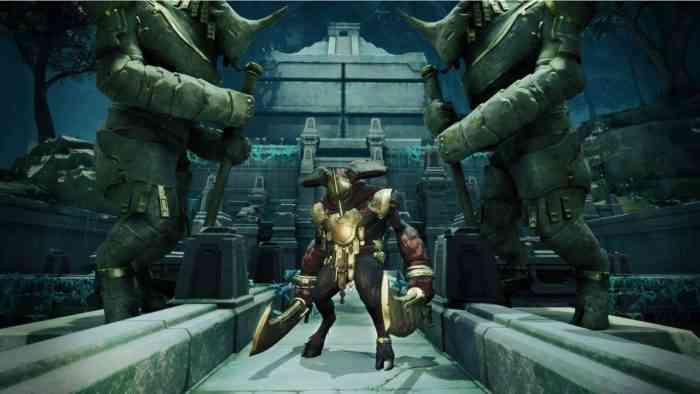 You’ll start with a choice between a sword or axe which in and of itself has its own different combat applications, however as you progress you’ll find more varied weapons with your typical mechanics: the hammer is slow and strong, the sword is quick but weaker, etc. Each weapon can be upgraded and feels different from one another, so it’s good to experiment between them. You level up surprisingly fast in Chronos and you’ll soon be racking up some impressive stats. You won’t notice how important these are until you’ve gone up a few levels and can compare it to the beginning of the game. Your dodge roll and damage output are significantly slimmer when you first start the game, but soon you’ll feel like a champion in no time.

To cement home the idea of this labyrinth, Chronos does not have a map. It does not have a mini-map, a radar, a guide system, or even a quest log. Much like the Souls series, you will need to remember every path, every unfinished puzzle, every locked door, and how to get back to it. The game is meant to be a journey that realistically takes the majority of your life to fulfill. That, combined with the lack of any guidance systems helps cement this sense of being trapped in a large, complex, ever expanding maze. This is juxtaposed with the beautiful color palette and artistic design of the game. Rather than focusing on a dark, gritty tone like Remnant or the Souls series, this is a game which is quite serene and lovely to behold. 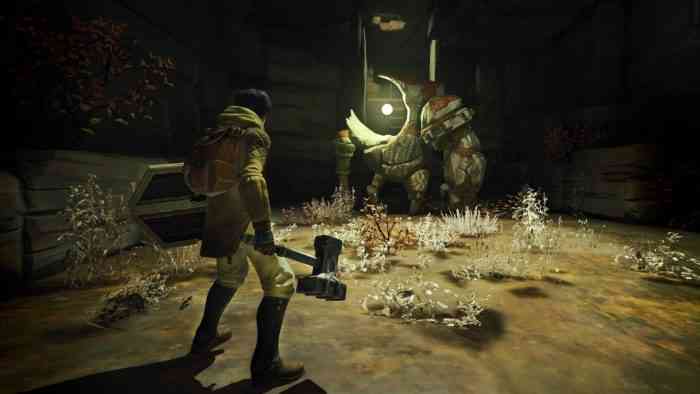 Chronos: Before the Ashes is a calming, serene, yet challenging game that is perfect for gamers who want to try skill-based combat but aren’t ready for classic entries to the genre, like the Souls games. It’s connections to Remnant: From the Ashes are abundant enough to make fans of the game see them with glee, but not so important to make it a necessity. The level design and art style is simple yet beautiful, and the controls are satisfying and tight. The lack of guidance effectively cements the idea of spending your life searching through the labyrinth and it makes the game more of a cerebral challenge than simply a combative one. The aging mechanic is a brilliant inclusion and I almost look forward to spending years lost in the pursuit of the dragon simply so I can get a feel for what it means to be an 80-year-old with all-powerful magic. Chronos is a great action/puzzle game for players looking for light narrative and a comfortable challenge, and it’s one I can’t wait to complete. 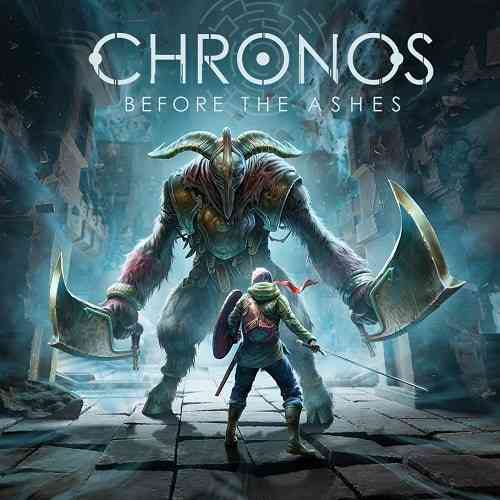 The Valiant Draws Swords Today on PC
Next Per Aspera Review – Getting Stuck So Often Never Felt So Good
Previous Altdeus: Beyond Chronos Review – A New Age of Immersive Visual Novels