The new Cars movie has just been released in theatres, coming after a 6-year hiatus, and in celebration of the franchise, so is the latest racing adventure Cars 3: Driven to Win. If you’ve played any racing or Mario Kart game, you won’t be surprised by what’s in store for you here, especially if you’re looking for that charming Disney Pixar finesse. Cars 3 nails the graphics, and has loads of content to play through, however, the voice-overs just aren’t on par with the movie and there is no real storyline, which is definitely disappointing.

Players begin the game with a little introduction, where it is being reported that Lightning McQueen will again be competing in the Piston Cup against Jackson Storm. Now, Storm is a rookie to the cup, however, he is known to have broken all kinds of records and will be a huge challenge for champion Lightning McQueen. The story follows McQueen’s training as he prepares to get back on the track, all the while listening to a bunch of tired digs from Chick Hicks. Now, while it isn’t the worst story to ever grace the genre, it is definitely lacking what could have coincided with the third movie. I’m not quite sure if the developers wanted to sidestep any spoilers before the third movie was released in theatres, but the lack of an actual storyline to this very popular Cars series is disappointing. On top of this, the characters themselves were not really used to make the game more interesting, which I think was a huge oversight considering this is the only game where the cars and characters are one in the same.

“If the aim of the game was to make it feel just like the movie, it falls short;  however, if the intention was to take a Mario Kart style title and turn it into a Disney Pixar production, Cars 3 nails it!”

Where the story lacks, however, the sheer content of the game makes up for it. There are six game modes, 16 cup series, 23 cars, 21 tracks and a little bit of customization. In addition to this, there is also the hall of fame, where you complete challenges to earn more skills and unlockable items. This hall of fame, or simple leveling system, is the real challenge within the game, as the more you play and the better you become, the more becomes unlocked. This also adds to the replayability and gives players the motivation to complete all of the different game modes and unlockable scenes within the game.

While there is no online multiplayer, there is the option for split screening with some friends, which adds a whole new level of fun to Cars 3. The six game modes available are the typical race mode, battle race, stunt showcase, takedown, best lap challenge and master-level events. Battle race and takedown are my favourites, with battle race offering weapons to take down the other players vying for the top spot, and takedown takes a page out of Burnout’s handbook, taking down the other cars with battle items. Both of these game modes play a lot more like an animated Disney version of Mario Kart and Crash Bandicoot, which is definitely fun playing against a bunch of friends! Best lap challenge is a simple time trial and master-level events are special events against certain characters. Stunt showcase is a bit difficult if you haven’t quite mastered the different tricks in the game, as you need to amass the most points by doing air tricks and various stunts within the given time. Lastly, the cup series are tournaments in which players compete in 3 races, winning only if they earn the most points after all three. 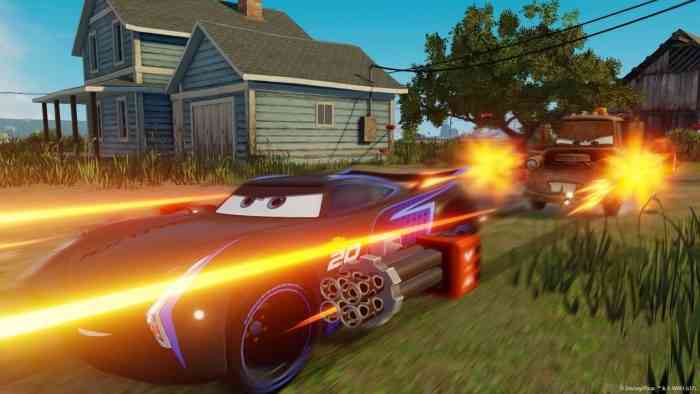 Of the 23 different cars available, there are a couple special customized versions, like the blue version of Lightning McQueen, as well as the classic franchise favourites like Mater and Guido. After choosing whichever character you want to race with, you have the opportunity to customize the horn, lighting, and nitro flame. These different items, like various aspects of Cars 3, are earned through the hall of fame challenges. I’ll be honest here, one of my favourite parts in any racing game is the amount of customization and creative licence players can take with their cars, and this game does not allow for this at all. It would have been nice to have at least the ability to change the colors and styles of each of the cars, even if you have to earn them through the hall of fame. This lack of customization takes away from the fun just a bit, but while the selection is disappointing, I am glad that customization does make an appearance. The tracks for each of the game modes are taken straight from the movie set, and range from an airport, to the desert and offer various obstacles within each one, from fallen branches you have to jump over, to tornados that will pull you in if you get too close. If you’re not paying close attention, you might miss these things and end up behind everyone else!

“Cars 3 nails the graphics, and has loads of content to play through; however, the voice-overs just aren’t on par with the movie and there is no real storyline, which is definitely disappointing.”

The controls for Cars 3 are fairly straight forward, mimicking others in its genre, with the basic controls set up with triggers being used to accelerate and brake, circle to drift, and the right analog stick to execute the stunt driving and air tricks. This is a good thing, considering the AI is quite a formidable force should you decide to play at the higher difficulties. Even while playing on easy the computer vehicles stay hot on your trail and you may only win by a couple of seconds. Of course the more you familiarize yourself with each of the maps, with all of the little shortcuts and boost pickups, the easier it will be to gain the upper hand against all challenges that stand in your path. And yes, if you’re wondering, boost plays a big part into Cars 3, with it remaining very difficult to gain the lead without any nitro. The only other thing you can do to remain in the lead or to gain the top spot if you’re behind, is to jump left and right bumping into the other characters to slow them down. This idea is similar again to the burnout revenge, except instead of taking your opponents down and causing a fiery crash, you simply bump them and gain the lead.

The graphics are fantastic, lining up well with what we all know and love about the movie franchise! There is a ton of colour in each level, and each of the cars look exactly as you would expect, with the little bit of customization available adding, even more, colour and style to each character. Now while the game sounds are great, and the rev of the engine is superb, the voice acting leaves something to be desired. The voice actors are trying to hard to sound like the actors from the movies, and at times it sounds passable at best. For example, at times Lightening McQueen almost sounds like Owen Wilson, however, the majority of the time it is obvious that someone else is only doing an impression of the famous actor. And unfortunately it’s not just Lightning McQueen, it’s all of the characters voice overs. Thankfully there isn’t a ton of story here, as I mentioned earlier, so although it is quite obvious during the cutscenes, the talking doesn’t happen as much as it might in some other games.

Overall Cars 3 is a great example of good family fun, however, Avalanche Software and Warner Bros. make a few missteps that ultimately take away from what makes the movies so awesome. If the aim of the game was to make it feel just like the movie, it falls short,  however, if the intention was to take a Mario Kart style title and turn it into a Disney Pixar production, Cars 3 nails it!

*** Xbox One game provided by the publisher *** 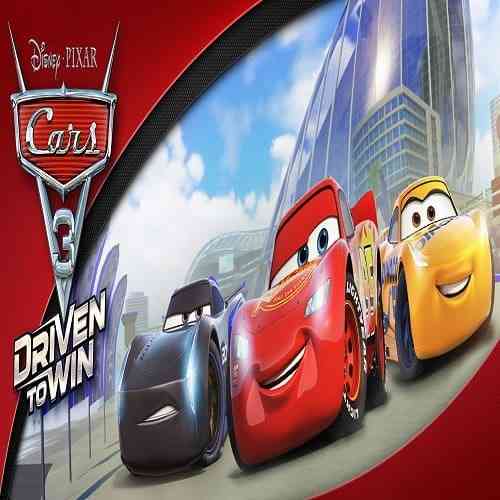 WRC Generations Has Been Delayed Until Early November
Next The Golf Club 2 Review – Step Aside EA, Maximum Games Takes This Round
Previous Nex Machina Review – Insanely Difficult But So Enjoyable