Call of the Sea Review – Heed this Call

Call of the Sea Review

Out of the Blue is a brand new indie development studio comprised of a number of industry vets who have individually worked on titles such as Metroid: Samus Returns, Gylt, and Deadlight. Now, this team is ready to unleash their debut game, Call of the Sea, on the gaming world. Call of the Sea is a first-person adventure with a heavy focus on exploration and discovery. From the outside looking in, Call of the Sea might seem like just another walking simulator, but stick around and you’ll uncover an absolutely brilliant adventure filled with clever puzzles and plenty of intrigue that will keep you hooked during your playthrough.

Call of the Sea is set in 1934. The story follows Norah Everhart, who is suffering from a bizarre, unknown disease that had previously afflicted other women in her family. Her health and wellbeing continues to deteriorate and it only seems like a matter of time until she succumbs to the illness. Her husband, Harry, sets out on a voyage to find a cure, but never returns home. When Norah receives a mysterious package containing directions to the location of her husbands expedition, she decides she must go on her own journey to find out what happened. Mustering all the strength she can, she sets out on her own adventure to track down her husband in the South Pacific near the island of Tahiti. Admittedly, I’m not sure why Harry didn’t just text his wife to let her know he might be home late. I’m sure he’ll get an earful when she finds him…

Call of the Sea is a first-person adventure that reminded me of classic adventure games like Myst and The 7th Guest. You’ll explore a variety of different environments, discovering various camps and items left by Harry and his crew. Along the way, you’ll encounter a variety of puzzles that must be completed to proceed. Many of these puzzles will require a keen eye, looking around the surrounding area for clues and hints on how to complete them. As Norah observes different objects, hints and clues, she’ll jot them down in her log book, which can be easily referenced with the tap of a button. You can’t die in Call of the Sea. In fact, there is no danger at all lurking throughout the sometimes dark and unsettling areas you’ll explore. That doesn’t mean you won’t feel a sense of tension as you uncover a number of truths about Harry’s expedition and the tribes that lived on this island long before. The story is conveyed through notes and letters Norah discovers along her journey, and you’ll frequently hear Norah’s stream of thoughts as she adventures along. 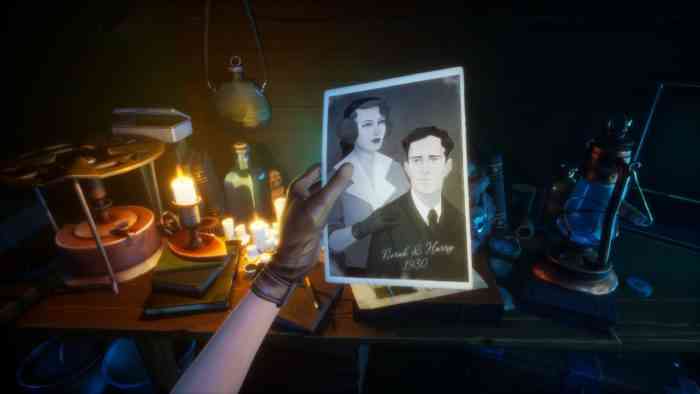 I would guess that the six chapter campaign took me approximately 7-8 hours to complete. For the most part, the pace was relatively smooth, with areas rarely outgrowing their welcome. However, along my journey, I had two frustrations. For one, Norah walks very slow, in part due to her illness. However, once she arrives on the island, she soon finds the strength to jog around – completed by holding the right trigger down. Unfortunately, this meant I spent the entire game holding the right trigger down just to explore the island. I almost wish the developers would add an “always run” option in the menu. There are still times I might want to walk, and for those moments, I could just press the right trigger to walk. The other issue I had was with two particular puzzles; one in chapter 2 and one in chapter 4. While the chapter 2 puzzle issue was due to a lack of fully exploring the area, the chapter 4 puzzle was a far different beast altogether. In fact, I spent at least 2 hours, possibly more, trying to figure out what the heck I was supposed to do to complete the puzzle. The puzzle required rotating four dials in one of four directions to create “words”. There were plenty of hints and clues around the chamber, yet I still could not wrap my head around what needed to be done. I was so confused, I even reached out to the developers for help. One of the producers graciously took the time to send me an email, but by the time I received his email, I had already completed the puzzle. Mind you, I didn’t figure out the puzzle, just completed it. I ended up running around the chamber switching the dials at random praying I’d just get lucky – and I did.

Call of the Sea is a gorgeous looking game. Each chapter takes Norah to a new area on the island and each area was uniquely different from the last. Throughout the game, there are some really awe-inspiring moments and views. I really don’t want to spoil these moments, as my words would hardly do them justice. But I will say the scene where you play the massive organ was just incredible. Another visual highlight is the amazing water effects, both above and within the water. In fact, swimming in the water is a neat experience and created some of the most memorable moments in the game. If I had to fault the visuals at all, it would be with some of the level designs where my movement was impeded by an “off-limits” invisible wall. Granted, it’s not uncommon for games to use the invisible wall technique, but it, unfortunately, ruins the immersive experience.

Call of the Sea is an auditory delight from start to finish. Heed my advice; play this game with headphones or a really good surround sound system. Throughout the game, a beautifully orchestrated soundtrack plays in the background, with it sometimes taking the front seat as the game reveals an exciting new plot twist. The game is also filled with amazing ambient noises, from buzzing of insects to the rush of running water. The highlight, of course, is Norah, as she narrates her journey. Every note, photograph, or hint she uncovers, she has a bit of dialog to utter along with it, sometimes providing additional hints by offering her own insights. And despite her constant banter, she never really wears old – aside from a couple minor moments where she repeats dialog. One piece of dialog that felt bizarre to me was when both Norah and Harry referred to each other as “old pal”, which seemed like an odd way to refer to a spouse. However, at the end of the game, there is this endearing moment that shows us why they call each other “old pal” and it’s a moment that really warms the heart. 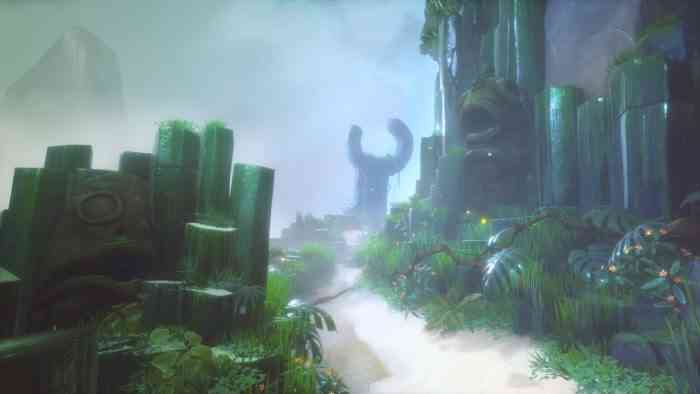 When I finished Call of the Sea, I couldn’t help but smile. It was such an incredible journey with an intriguing story and a well-thought-out ending. From start to finish, with the exception of a couple of frustrating puzzles, I truly enjoyed this game. Considering it’s is launching on Xbox Game Pass, there is absolutely no reason for Xbox Series X/S or Xbox One gamers to not give this gem a try. The sheer amount of love and care that went into crafting this world should be the new standard that all devs strive to achieve. I can’t wait to see what Out of the Blue have in store for us next, and I truly hope we’ll return to the world of Call of the Sea in a future title.

***Call of the Sea Xbox One code provided by publisher*** 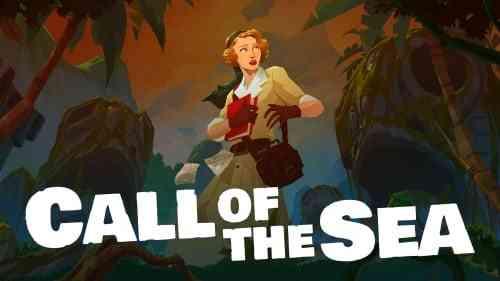 Developer: Out of the Blue